Coronavirus leaves another pandemic of orphans in Brazil

The pandemic subsides in Brazil thanks to the strong adherence of the population to the vaccination campaign. For days, several states no longer register deaths, but the country still ... 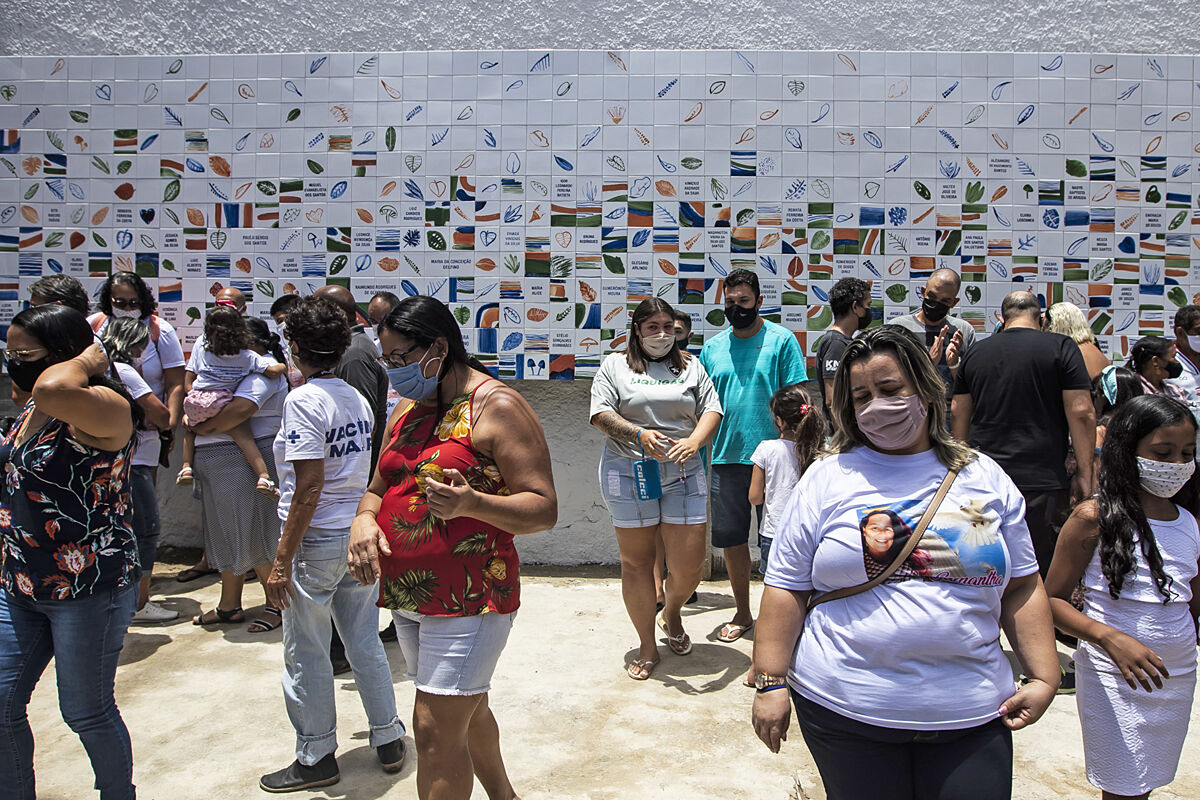 The pandemic subsides in Brazil thanks to the strong adherence of the population to the vaccination campaign. Several states have no longer registered deaths for days, but the country still has a long way to go to overcome the trauma of having lost almost 610,000 lives. Behind the numbers are thousands of personal stories, some as dramatic as those of the Covid-19 orphans. In Brazil they number in the thousands.

"It is being very difficult to cope with, especially for emotional reasons. When I lost my mother I thought that from then on I would overcome it, along with my father and my sister, that despite everything we would be able to stabilize ourselves, only later I lost myself. Father.

Everything I had imagined I lost suddenly

. Everything collapsed. Dealing with that loss is very difficult, the more time passes the more I miss them, "he explains in statements to EL MUNDO.

His pain is that of thousands of minors.

A study by Imperial College London estimated that around five million children under the age of 18 worldwide lost a father, a mother, both, or grandparents if they were raised.

In Brazil, the figure as of mid-October is

This is an estimate, the actual impact could be higher.

Giovanna became the visible face of all those stories

that are being lived in silence between four walls.

Last October he went to the Senate as a victim of Covid-19, along with other relatives of those who died during the pandemic.

The victims were there to receive a tribute from the parliamentarians and to symbolically close the work of the commission of inquiry into the work of the Government in the pandemic. The Senate commission ended up accusing President Jair Bolsonaro of nine crimes, including a crime against Humanity, for the results of his denialist administration.

Giovanna, like the other victims, did not go to the Senate to show a grudge, but to explain her testimony to whoever would listen.

said in a broken voice. He managed to sensitize the whole country. The interpreter who translated his words into sign language had to withdraw because he could not bear the emotion. Despite everything, the government's allied senators, mainly

, the president's son, accused the victims of having a history of militancy and of having been handpicked to wear down the government.

For Giovanna, this insinuation is the umpteenth lack of respect and empathy: "The government wears itself out, it does not need militants of any kind," she retested.

, it is not necessary to be politicized or to be on the left," he says. He confesses that watching Bolsonaro's famous videos relativizing the pandemic does him more harm, so he tries to avoid it at all costs. On one occasion,

the president even imitated a patient with shortness of breath

, provoking laughter from his followers.

Now a sea of ​​doubts awaits the young woman. At the moment she lives with her sister at her grandparents' house and hopes to continue studying dentistry. To get going, he called a crowfunding on the Internet, waiting to start receiving the promised social aid, and the problem of orphans has already entered the radar of public policies, at least in some states of Brazil. Those in the northeast region, governed by progressive parties, joined forces to create the 'Nordeste Acoge' program, which provides for a monthly payment of 500 reais (78 euros) to orphans under 21 years of age.

The Secretary of Social Assistance of the Government of the state of Rio Grande do Norte,

, explains to this newspaper that the main challenge is precisely to detect these orphans. "It is difficult to identify them. That is the work we are doing now: crossing the mortality data from the health system with the data from the registry of families living in poverty and extreme poverty," he says.

In the nine states of the northeast region

, the aid is expected to benefit at least 26,000 young people

. At the moment, the Bolsonaro Government has no plans to replicate something like this at the national level, so many will be left out, Oliveira laments: "We are minimally supplying that absence from the federal government. I have no doubt in affirming that. It would play a role. key, it could reach a much larger scale throughout the national territory, "he says.

Meanwhile, Giovanna and thousands of other children wait for help with which they can go shopping or finance their studies.

"When you lose a father and a mother as a child, you lose everything

, your pillars, the people who sustain you in life. These aid programs are the minimum, and extremely necessary," he says.

Valencian CommunityThe mask disappears in schools in Physical Education classes, but not in recess