One of the missing rescuers: a survivor was found after an accident at a mine in Kuzbass

Emergencies Ministry officials found a survivor after the accident at the Listvyazhnaya mine in the Kemerovo Region. According to the head of the department, the survivor is one of the missing on the eve during the search operation, rescuer Alexander Zakovryashin. As a result of the emergency, according to the latest data, 51 people died: 46 miners and five mine rescuers. Deputy Prosecutor General of Russia Dmitry Demeshin said that a methane explosion is considered the preliminary cause of the emergency at the mine. The Investigative Committee informed about the detention of the director of the mine, his first deputy and the head of the section. 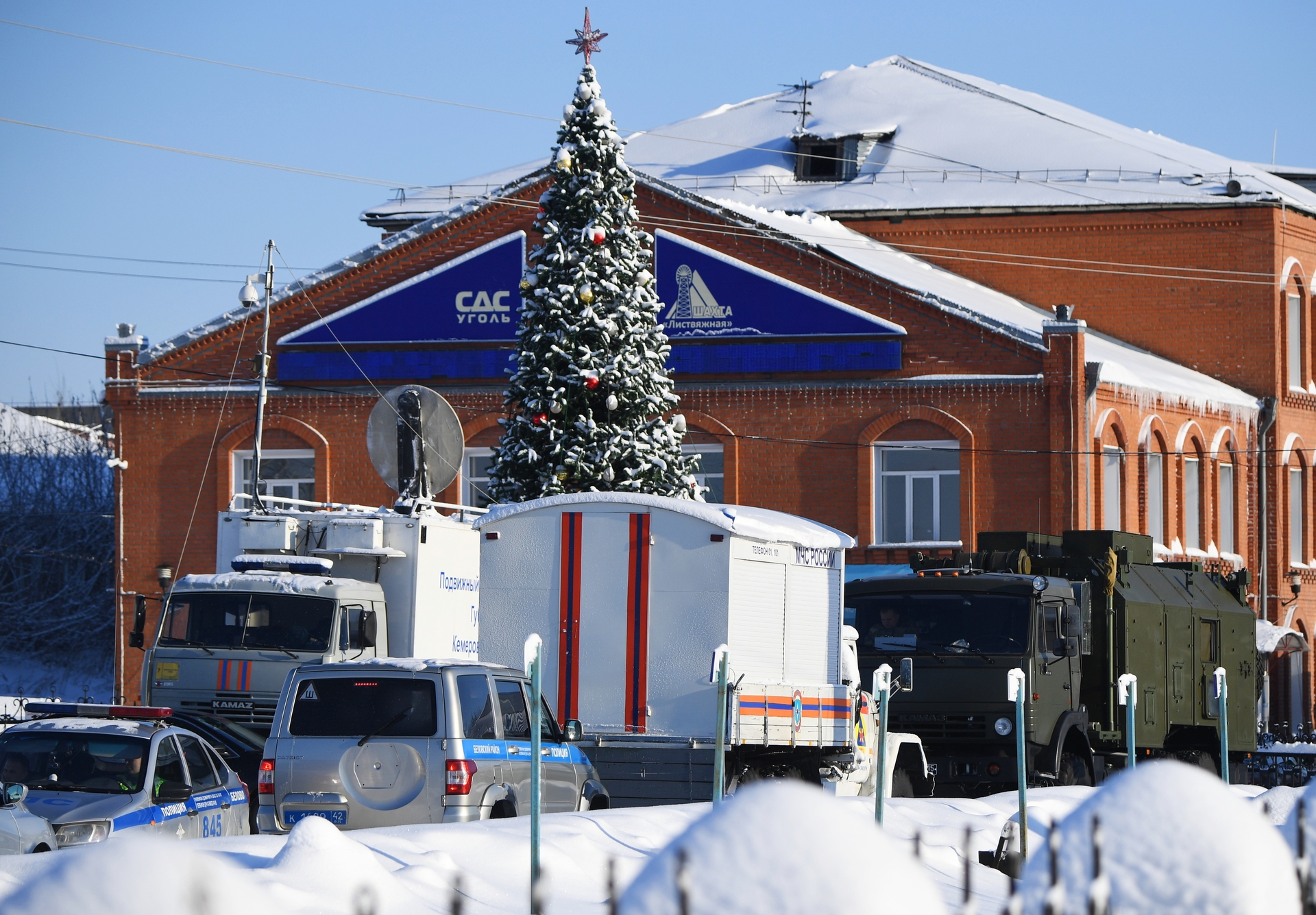 Emergency Situations Ministry officials found a survivor of an emergency at the Listvyazhnaya coal mine in the Kemerovo region.

According to the acting head of the department Alexander Chupriyan, he turned out to be a rescuer who disappeared during a search and rescue operation.

I can regard it as a miracle, ”TASS quotes him.

Prior to that, the Ministry of Emergency Situations stated that as a result of the accident, in addition to 46 miners, six mine rescuers were killed.

The number of victims of the accident at the Listvyazhnaya coal mine in the Kemerovo region has reached 51.

Earlier, the commander of the Kemerovo mine rescuers detachment, Yuri She, noted that "in the gas atmosphere that developed at the emergency site, it is not possible to say that someone survived."

Acting Head of the Emergencies Ministry Alexander Chupriyan expressed condolences to the families and friends of the victims of the tragedy, adding that the dead mine rescuers will be posthumously awarded the Order of Courage.

“At the time of the accident, there were 285 miners in the mine.

It was possible to bring 239 people to the surface.

At the same time, the Deputy Minister of Health of the Kemerovo Region, Vitaly Kheraskov, clarified that as a result of the emergency, 63 people were injured, of which 50 are in hospitals, 13 are prescribed outpatient treatment.

The hospitalized are in a state of mild to moderate severity.

Recall that a message about smoke in the mine was received by the Siberian Department of Rostekhnadzor on the morning of November 25.

Mine rescuers, doctors and employees of the Ministry of Emergency Situations went to the scene, and a rescue operation began.

The emergency services said that the cause of the smoke could be the ignition of coal dust in the ventilation shaft.

By evening, Governor Sergei Tsivilev announced that rescue work in the mine had been suspended due to the threat of an explosion.

At that time, the authorities reported the death of 11 miners, later the bodies of three people from the missing mine rescue team were found.

Deputy Prosecutor General of Russia Dmitry Demeshin said that the preliminary cause of the emergency at the Listvyazhnaya mine is considered to be a methane explosion.

“Most likely, it was a methane explosion, caused by the fact that there was some kind of spark, which entailed an explosion and a dynamic impact.

He injured people who could not get out, ”he said.

To investigate the causes of the incident, employees of the Investigative Committee arrived from Moscow.

Also on russian.rt.com 11 people became victims of the state of emergency at the Listvyazhnaya mine in Kuzbass

Investigative Committee opened a criminal case under Part 3 of Art.

217 of the Criminal Code of the Russian Federation (violation of industrial safety requirements for hazardous production facilities, resulting in the death of two or more persons by negligence).

In addition, the Investigative Committee opened a case on the negligence of Rostekhnadzor employees.

The department also announced the arrest of the 47-year-old director of the mine, his 59-year-old first deputy and 36-year-old site manager.

“During the initial investigative actions, it was established that the detainees violated the industrial safety requirements of hazardous production facilities.

As a result, a gas-dynamic phenomenon occurred.

The smoke of the ventilation drift of section No. 4 began, as a result of which the workers who were in the mine suffocated, "the department explained.

The acting head of the Ministry of Emergency Situations said that the department is ready for long-term work to eliminate the consequences of the accident at the mine.

Chupriyan stated that rescuers should show maximum concentration of efforts to eliminate the consequences of the accident.

Later, at a meeting with the relatives of the miners, he said that the headquarters would work out optimal solutions to continue the search operation and eliminate the accident.

According to him, mine rescuers are taking air samples to determine if there is a threat of an explosion or not.

In turn, Governor Sergei Tsivilev said that mine rescuers will isolate mine workings so that they are filled with methane, and its concentration reaches a safe level.

“The action plan is as follows: three departments of the VGSP will insulate the mine workings, after the end of the insulation, natural filling with methane in the volume of 257 thousand m³ will begin, so that the methane level reaches more than 20%, when the risk of explosion decreases.

According to our forecast calculations, it will take three days, ”he said.

After the expiration of this time, a further decision will be made on the rescue work at the mine.

At the same time, the official representative of Rostekhnadzor, Andrei Vil, said that the department's employees this year revealed over 900 violations at Listvyazhnaya.

“In 2021, 127 inspections were carried out at the mine, 914 violations were identified, suspension was applied nine times,” Wil wrote on his Telegram channel.

As reported in the Kuzbass regional office of the Social Insurance Fund of Russia, the FSS will pay the relatives of the dead miners 1 million rubles each.

On the eve, the press service of the regional government also promised to provide assistance to the relatives of the dead and injured.

In addition, the Listvyazhnaya mine will allocate 2 million rubles each to the relatives of the victims, in addition to the payments stipulated by the law.

Also, the victims will receive additional payments, the amount will be determined depending on the severity.

In connection with the accident, Sergei Tsivilev declared November 26, 27 and 28 as days of mourning in the region.