L1: Payet "affected" by the bottle throw but available, according to Sampaoli

Marseille playmaker Dimitri Payet, hit in the face on Sunday by a full bottle of water at the start of the match in Lyon, is "affected" but "available for training", said Friday so… 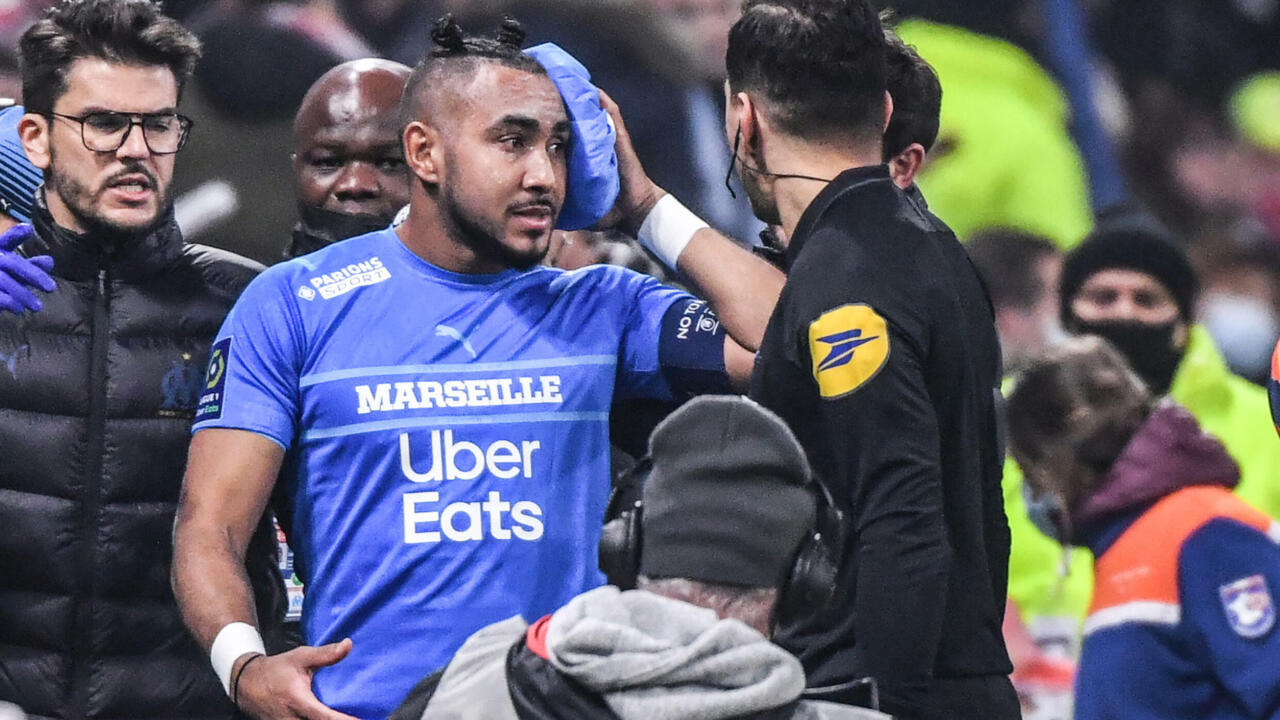 "Payet is available for training. I haven't spoken much with him yet. He saw a doctor on Monday and I haven't spoken to him yet," Sampaoli said before training, to which Payet participated normally.

The bottle-throw to which the Marseille N.10 suffered at Groupama Stadium resulted in the stoppage of the match, which had started less than five minutes ago.

Its author was sentenced to six months suspended prison sentence.

Payet had already been hit by a bottle of water in August during a match in Nice.

The French midfielder of Marseille Dimitri Payet receives a bottle on the lawn of the Olympique Lyonnais in Ligue 1 on November 21, 2021 in Décines-Charpieu PHILIPPE DESMAZES AFP

"Of course, someone who's been assaulted twice is not pleasant, he's affected. I don't know how he's going to take it. It's hard to know how someone is going to feel when they is attacked every time he hits a corner, "added the Argentinian technician.

"Dimitri is important for us. If he is ready, he will play, otherwise he will give up his place to someone," Sampaoli said again.

OM faces Troyes on Sunday at the Vélodrome (8:45 p.m.), behind closed doors.

The OM coach also reconsidered the decision to stop the Lyon match, taken after nearly two hours of waiting, and the upcoming disciplinary decisions, expected on December 8.

"I'm not the one who can say justice. But already after Nice, it had taken a long time. There, the facts are very clear. We can't play politics on that and we have to put an end to it as much as possible. quickly possible, "he said.

The Argentine coach of Marseille Jorge Sampaoli, during the Ligue 1 match against Nice, on August 22, 2021 at the Allianz Riviera Valery HACHE AFP / Archives

"We have to be firm, the president of Lyon himself said it after Nice. We have lived it three times. How many times will we have to live it? We must define the role of each and prevent it from turning. to a political circus that would benefit the one who has the most power, not the justice, ”he said.