The County Administrative Board approves Gunnar Selberg's beach protection exemption afterwards. The decision is considered both legal and correct. Now the next battle awaits Kiruna's municipal council - the one for the building permit. - Svartbyggen? No, they are actually painted red, says the center-right party member. 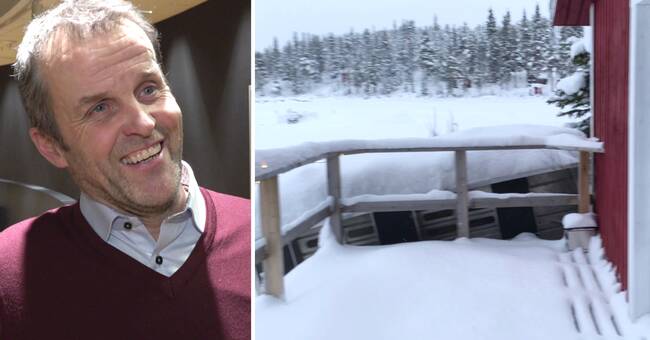 Kiruna's municipal council's private company owns and operates Aurora Camp in Kurravaara and five of the buildings have been considered to violate the beach protection rules, but Kiruna municipality's environment and building committee has granted an exemption afterwards after a turbulent processing period.

Will not review the decision

And now the county administrative board's unit for community planning and cultural environment has decided to approve the municipality's beach protection exemption.

- We will not review the decision, there is no reason to do so.

Sten Nylén (SJVP), chairman of Kiruna's environment and building committee, is also pleased with the news.

- It feels good that we have basically done the right thing, as we have always thought, he says.

Municipal councilor Gunnar Selberg (C) is happy that the county administrative board has approved the beach protection exemptions.

- But I'm not surprised.

It is probably not entirely unexpected that the county administrative board approves dispensers in an area that according to the master plan is a LIS area, for rural development in a location close to the beach.

I feel neither relief nor joy, it is not the right word, but it feels good that they have made such a decision, he says.

Now it's time for the next battle for a building permit for a change of use of the five buildings in Kurravaara.

- I think it is a pure formality because I received a beach protection exemption.

Using a garage as a guest house will certainly work, says Gunnar Selberg.

"Black construction, no they are painted red"

Are the buildings today then to be regarded as black buildings?

- No, they are actually painted red, says Gunnar Selberg and laughs a lot before he admits:

- But yes, you can say that about the buildings today.