When MGM created the motto "more stars than in the sky" Neither Horst, nor Beaton, nor Hurrell was thought of. Without a doubt, black and white mythologized those ... 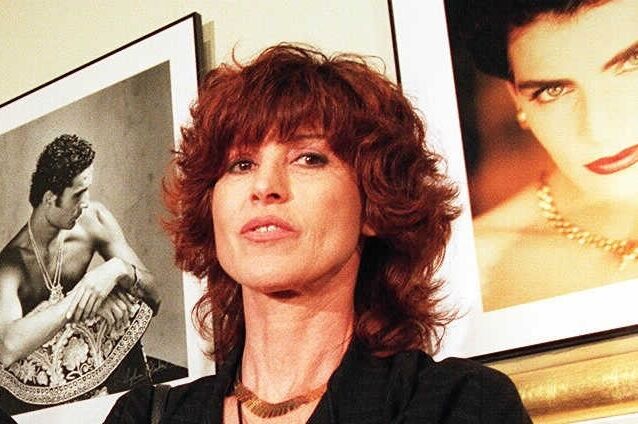 When MGM created the slogan "more stars than in the sky," Horst, Beaton, and Hurrell were not thought of. Without a doubt, black and white mythologized those luminaries that remained in the dream universe for generations to come. But on the other side of the pond, a female who stood out above all the others for her claw, her height and her regal appearance would contribute to exalting the Barcelona of the Gauche Divine, the Madrid Movida, the saraos of Marbella and the interior of the Operetta.

managed to freeze indescribable moments to which she printed all shades of gray to highlight the splendor and magnificence of a super-perfect time. His life was a party.

Sadly, he has passed away leaving orphans to the members of the 'jet set'.

She was a universal woman.

Fertilized in Rio de Janeiro, born in Buenos Aires, lived in London and settled in Barcelona ... until she took all her belongings to settle in the Madrid of a newcomer

or chatting in a evening at

It became a cultural intermediary that firmly penetrated the fourth wall.

He exclusively immortalized the wedding of Antonio Banderas with Ana Leza;

retained the beauty of José Coronado in his time as a model;

he deciphered the crazy Elsa Peretti at her party at the Oriental hotel in Barcelona and made music for Massiel's album covers.

Daughter of a British mother and a Czechoslovakian father, at the age of 4 her uncle already gave her his first camera. Visionary? Something must have in her eyes that girl whom her parents cultivated in art, ballet, opera and travel. At school, she stayed absorbed in class and, ignoring what the teachers explained, she began to draw her classmates. Like a flash, she found herself acting as an assistant for maestro Solanes, one of the best illuminators and filmmakers of a time that would soon be uncorked and did some tests with Lola Sordo and Wilmore, which led to the empire of Zorro (Asensio and Grupo Z ). If 'Vogue US' had Avedon, 'Vogue' France had Newton and Bourdin and English 'Vogue' had Parkinson, what would belong to Polakov? As soon as the Spanish versions of 'Vogue 'and' Elle 'immediately called her, but

his most extensive collaboration was with ¡Hola!

Sitting in a chair showing the splendor of Victoria Eugenia's jewels and a ball gown that the emerita wore a decade earlier when they visited the Windsor court.

She wandered like a feline eager to capture her prey in the jungles where beautiful people moved, such as Mau Mau, Club Siglo XXI, Mayte Commodore or Pachá.

They all passed before his lens:

and his girls, several Nobel laureates and of course, his sister Diana.

Almost as explosive as she, an actress who never became a star, was home only a civil month with Emilio Gutiérrez Caba and who over time maintained a relationship of ten years with the singer Ramoncín, with whom she had her daughter Andrea.

Witnessing virginal Ibiza sharpened his character and softened his tastes.

He was happy with a paella by the sea, strolling through the Retiro, doing a dance

or wearing one of Yves Saint Laurent's exclusive designs.