Acting German Chancellor Angela Merkel held a telephone conversation with Ukrainian President Vladimir Zelensky. This was announced by the official representative of the German Cabinet of Ministers Steffen Seibert. 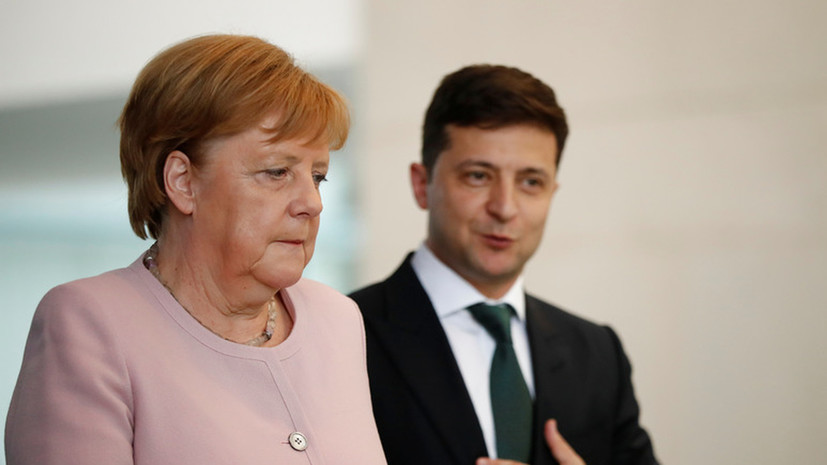 "The Chancellor and the Ukrainian President discussed the security situation on the Ukrainian-Russian border and in eastern Ukraine," Seibert was quoted as saying by TASS.

As specified, "during the talks, Merkel assured her support for the independence, sovereignty and territorial integrity of Ukraine and stressed that the encroachment on them will not remain without consequences."

In addition, the parties discussed the situation on the borders of Belarus and the EU, as well as Belarus and Ukraine.

Earlier, Merkel said that on the issue of the Ukrainian settlement, one should "remain open to dialogue" between the participants.