Davis Cup: the Blues fold but beat the Czechs

France managed a sluggish entry into the Davis Cup on Thursday in Innsbruck where they beat the Czech Republic 2 to 1, the match lost by Richard Gasquet being able to be expensive when it comes time to make the comps… 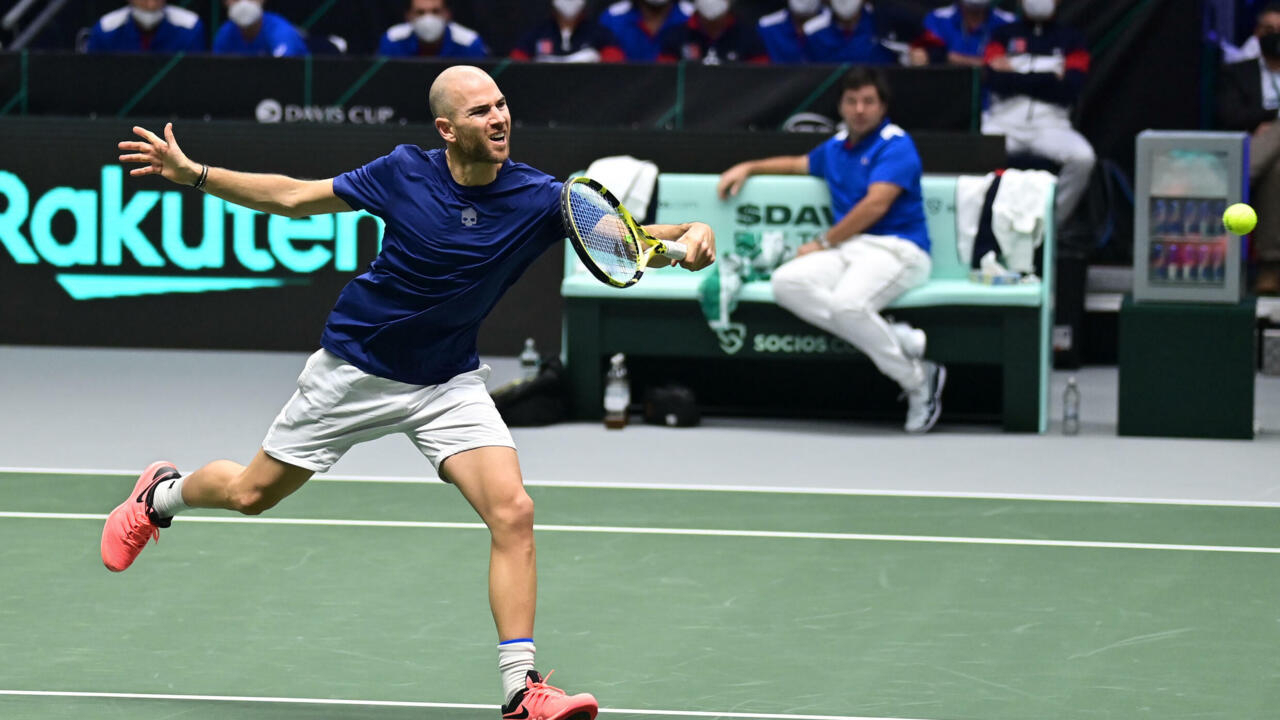 By having given up a match and at least one set per match (i.e. four sets in total), the qualification of the Blues for the quarters requires a victory on Saturday against Great Britain to secure first place in Group C. A place among the two best runners-up of the six groups seems indeed compromised.

"I think that they (the British, note) are on paper a little stronger than us, but they are far from being out of reach. It will be complicated but not mission impossible," assured Mannarino.

In view of the course of the first day, the task promises to be complicated against a team made up of Cameron Norrie (12th) and Daniel Evans (25th) in singles.

"Go out to a everywhere"

Also complicated will be the task of captain Sébastien Grosjean to choose his next singles players: to keep Gasquet despite his failure which visibly affected him morally, Mannarino who came out with great difficulties, or to play the novice Arthur Rinderknech ( 58th)?

"When entering the field at one-zero, I knew that we did not have a lot of margin for error and that we had to get off the court everywhere", commented Mannarino to explain his difficulties and in particular why he was "caught up in the tension" at key moments such as when he failed to finish the first set.

But, he who had only played until then a Davis Cup meeting, ended up winning and bringing back the smile to the French by equalizing a victory everywhere.

Because the first meeting had plunged the whole bench in consternation, faced with the inability of Gasquet to win.

The French Pierre-Hugues Herbert (l) and Nicolas Mahut encourage each other, during their victory against the Czech pair Jiri Lehecka and Tomas Machac (3-6, 6-4, 6-3), during the 1st meeting of the Davis Cup group C, November 25, 2021 in Innsbruck JOE KLAMAR AFP

Selected for his experience, he regretted not having had "the level".

"Experience is not all. It is above all the level that is important and the level was not good today, quite simply," said the 35-year-old.

"I was bad on the match. I did not manage to find the energy. It was especially the loss of the first set that really hurt me more than it should have," he said. he added, considering that he was "less solid than before".

Even Mahut and Herbert almost got caught.

"We had a sluggish start, but in the second and third sets we played well," said Mahut.

If the matches between France and the Czech Republic were played in the frozen closed doors of Innsbruck due to the confinement of Austria due to the resurgence of cases of covid, the virus shook Madrid where the Spanish nugget Carlos Alcaraz has tested positive.

"I tested positive for Covid-19 today (Thursday), which will prevent me from playing the Davis Cup which made me dream so much", regretted Alcaraz, selected for the first time in the national team, in explaining to feel at this stage of "very mild symptoms".

His teammates underwent new PCR tests which all came back negative, according to the International Federation (ITF).

But for Spain, holder of the trophy and already deprived of his master asset Rafael Nadal and his N.2 Robert Bautista (injured), it is a new blow.