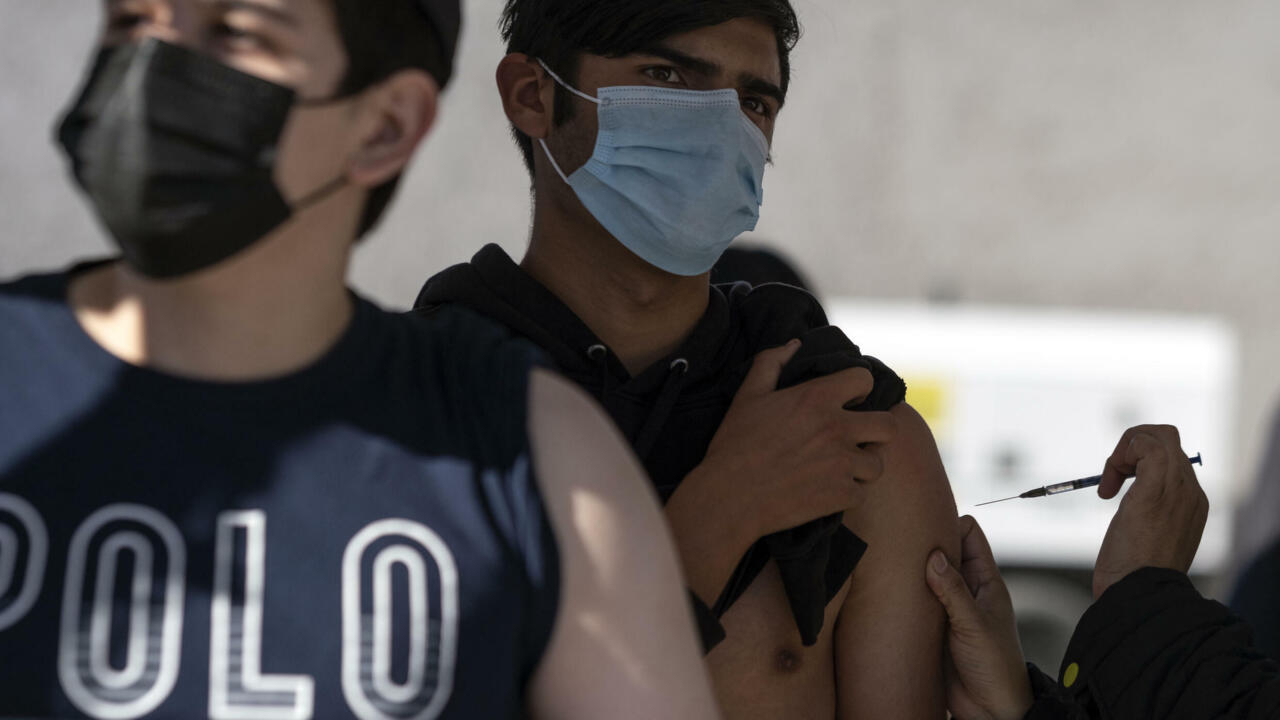 Delta reduces the effectiveness of vaccines against transmission

The highly contagious Delta variant has reduced the effectiveness of vaccines against the transmission of the disease to 40%, the WHO boss said on Wednesday, recalling the importance of barrier measures.

"Vaccines save lives, but they do not completely prevent the transmission of Covid-19", explained Tedros Adhanom Ghebreyesus.

"There is data that suggests that before the arrival of the Delta variant, vaccines reduced transmission by about 60%, with Delta this dropped to 40%," he said.

The European Center for Disease Prevention and Control (ECDC) called on member states to "urgently" take action against the ongoing epidemic rebound in Europe, at the risk of a "very high" health burden in December and January.

Booster doses for anti-Covid vaccines must be "available" for adults, giving priority to those over 40 and vulnerable people, European Commission President Ursula von der Leyen said on Wednesday.

Acceleration of recalls in Portugal

Portugal plans to vaccinate a quarter of its population, or 2.5 million people, with a booster dose of the Covid vaccine by the end of January.

Some 800,000 people have already received a third dose.

Slovakia, which has one of the highest coronavirus contamination rates in the world, announced the closure of non-essential restaurants and stores from Thursday, while schools will remain open.

French Minister of Health Olivier Véran will present new measures on Thursday, including "the acceleration" of the vaccination schedule in the face of the 5th wave of the epidemic, the government spokesman announced.

Protest against measures to limit the spread of Covid-19 in Abymes near Pointe-à-Pitre, November 24, 2021 Christophe ARCHAMBAULT AFP

In the French Antilles, the inter-union which launched the blockades on Monday in Martinique plans to toughen up the tone when the authorities open the dialogue, in this island shaken like its neighbor Guadeloupe by a challenge to the compulsory anti-Covid vaccine, which turns violent in some neighborhoods.

Vaccination against Covid-19 for 5-11 year olds began Wednesday in Canada, which followed in the footsteps of the United States and Israel in particular by lowering the age of access to the vaccine to curb the pandemic.

Switzerland has ceded its place in Moderna's anti-Covid vaccine queue, allowing the international Covax redistribution system to have access by the end of the year to one million doses, the Vaccine Alliance (Gavi).

The Covax system - which is struggling to find the doses of vaccines necessary to accelerate vaccination in poor countries - will thus have the messenger RNA vaccine from the American manufacturer in the last quarter of 2021, while Switzerland will have its doses later, he said. 'Alliance, which "warmly welcomes this important commitment".

Bayern Munich striker Eric Maxim Choupo-Moting tested positive for Covid-19, the German club announced on Wednesday, as did midfielder Joshua Kimmich, according to the Bild daily, while both are among the non-players. vaccines that are causing great controversy in Germany.

The pandemic caused by the coronavirus has killed more than 5.16 million people worldwide since the end of 2019, according to a report established by AFP on Wednesday.

The World Health Organization (WHO) estimates, taking into account the excess mortality directly and indirectly linked to Covid-19, that the global toll of the pandemic could be two to three times higher than that calculated from official figures .