Akademiska sjukhuset lex Maria reports two cases where patients died shortly after calling 112, where the hospital judged that they did not need an ambulance. Both cases concern people living in northern Uppland. - It is incredibly serious and we are all aware of that, says Hans Blomberg, medically responsible doctor at the alarm center. 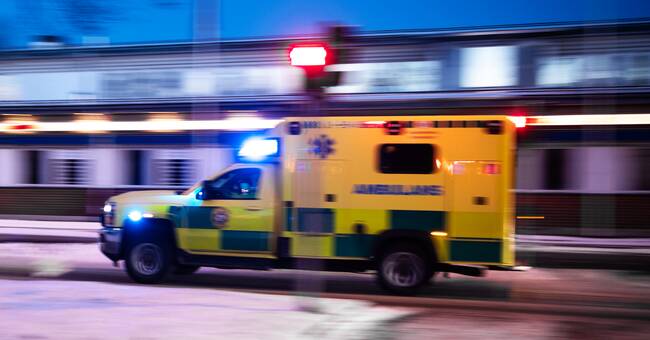 One case concerns a man who sounded the alarm that he had lost control of himself and could not move.

The conversation lasted for about 15 minutes before the nurse judged that the man did not need an ambulance.

A few hours later, he was found dead of blood clots in his lung.

In the report, the hospital writes that it can not be ruled out that the processing at the alarm center has affected the outcome.

According to Hans Blomberg, it has been assessed that the nurse who took the emergency call can continue to work.

- Now we follow up on the individual level and organizational level, partly we have training on precisely these symptoms but also how we handle difficult alarm calls, he says.

Woman was left by staff

In the second case, a woman died after first being examined by ambulance personnel when she fell out of bed, and was then left at home.

After a second emergency call a few hours later, she was taken to hospital with suspicion of covid-19, which then led to her death.

The woman is considered to have been incompletely examined by the ambulance staff.

- I can not comment on individual cases, but there are patients who are in the borderland between municipal activities and the region's healthcare.

At those turning points, it can sometimes be complicated where the responsibility lies, says David Smekal, ambulance doctor at the University Hospital.

He states that the ambulance staff involved continue to work as usual while waiting for results from IVO.