4 fronts are burning in Ethiopia, and Abi Ahmed leads the battles on the front lines

Field reports indicate the intensification of battles between government forces and the Tigray Liberation Front, while Prime Minister Abiy Ahmed reached the front lines and began to lead the battles. 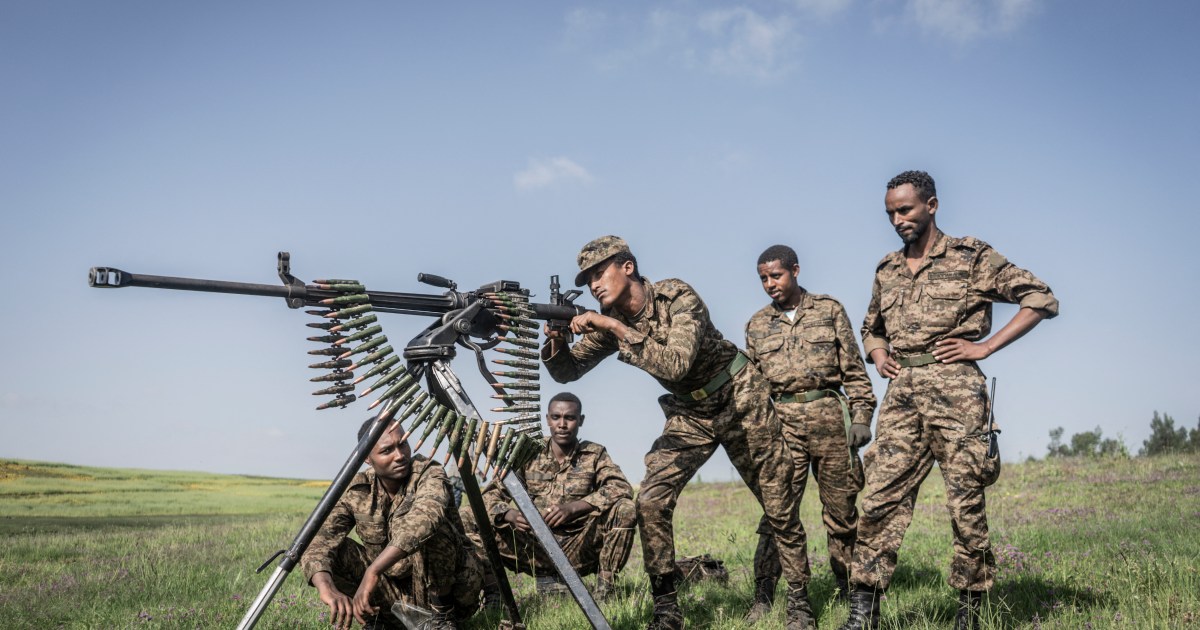 Field reports indicate the intensification of battles between government forces and the Tigray Liberation Front, while Prime Minister Abiy Ahmed reached the front lines and began to lead the battles.

Clashes continued between government forces and the Tigray Front on 4 fronts;

The most prominent of them is Shawarbet (only 218 kilometers from the capital, Addis Ababa).

The government forces sent military reinforcements to fortify their bases there and to counter the attempts of the Tigray Front militants to penetrate further towards the road to the town of Debresina.

In the north-east of the country, the Bate front (414 km from the capital) witnessed fierce fighting between the two sides, as reports indicate that the Tigray Front is seeking to control the strategic town of Mele located on the international road linking Djibouti and Addis Ababa, but it is facing stiff resistance and repeated counter-attacks from the forces of Afar region own and loyal to the government.

Ethiopian Prime Minister Abiy Ahmed has arrived at the battlefront, where government forces are battling militants in the northernmost region of Tigray, according to government media.

The Ethiopian Broadcasting Corporation (Fana) reported that Abiy Ahmed "is currently leading the counter-attack" and "has been in charge of the battles since last Tuesday."

According to the report, Deputy Prime Minister Demeke Mekonnen is in charge of the "caretaker".

The Ethiopian government spokesman confirmed that the government forces made progress in Bati and Shawarbit and repelled attacks by Tigray militants in the Afar and Amhara regions;

Which led to the killing of leaders from Tigray, which was denied by the front, which confirmed its continued progress in the four axes.

Meanwhile, Minister of State in the Ethiopian Government Communications Office, Kebdi Dessa, warned the US embassy against publishing false information, as he put it.

Dessa added that the US embassy is pressuring other embassies and institutions to leave, and said that this step will harm the historical relations between the two countries.

The United States said it had seen reports that the Ethiopian Prime Minister is on the front line, and a State Department spokesman said that there is no military solution to the conflict in Ethiopia, and that diplomacy is the first and last option.

He added that Washington urges all parties to refrain from inflammatory and hostile rhetoric, and to allow humanitarian access to reach and protect civilians.

International concern is mounting about the intensification of the year-long conflict, which prompted several governments to ask their nationals to leave Ethiopia, amid fears that Tigrayan militants will advance to the capital, Addis Ababa.

Foreign delegates are making unremitting efforts to reach a ceasefire, but there are very few indications of a breakthrough.

United Nations Secretary-General Antonio Guterres issued an urgent appeal to the parties to the conflict in Ethiopia for an immediate and unconditional ceasefire to save Ethiopia, stressing that the ceasefire should allow for a "dialogue between Ethiopians to resolve the crisis and allow Ethiopia to contribute once again to the stability of the region."

The United Nations expressed its concern after receiving information about a large-scale exodus of residents in western Tigray, where Washington had previously warned of the possibility of ethnic cleansing.

Washington, London and the European Union have already withdrawn non-essential staff, while the United Nations is conducting evacuations of families of international staff.

The roots of the Ethiopian conflict

These reforms included the removal of leaders in the army and intelligence from the people of the Tigray region, and the appointment of leaders from the Amhara and Oromo nationalities in their positions.

The crisis deepened after the elections scheduled for August 2020 were postponed due to the Corona pandemic, which plunged the country into a constitutional dispute.

The dispute between Addis Ababa and the Tigray Liberation Front intensified, and turned into an armed conflict since November 2020;

Subsequently, the Ethiopian army intervened in the region and the central government organized new elections to form a new local government.

And last June, the Tigray Liberation Front regained control of the capital, Mekele, and the city witnessed celebrations for its supporters, at a time when the government announced a ceasefire, but the situation has not known stability since then.