Lacroix: In Sudan, Hamdok returns with a new agreement, but within the military of the putschists

La Croix newspaper said that Sudanese Prime Minister Abdullah Hamdok - who was released yesterday, Sunday - signed a power-sharing agreement with the military, promising to restore things to the right path, but the demonstrators do not seem to believe him. 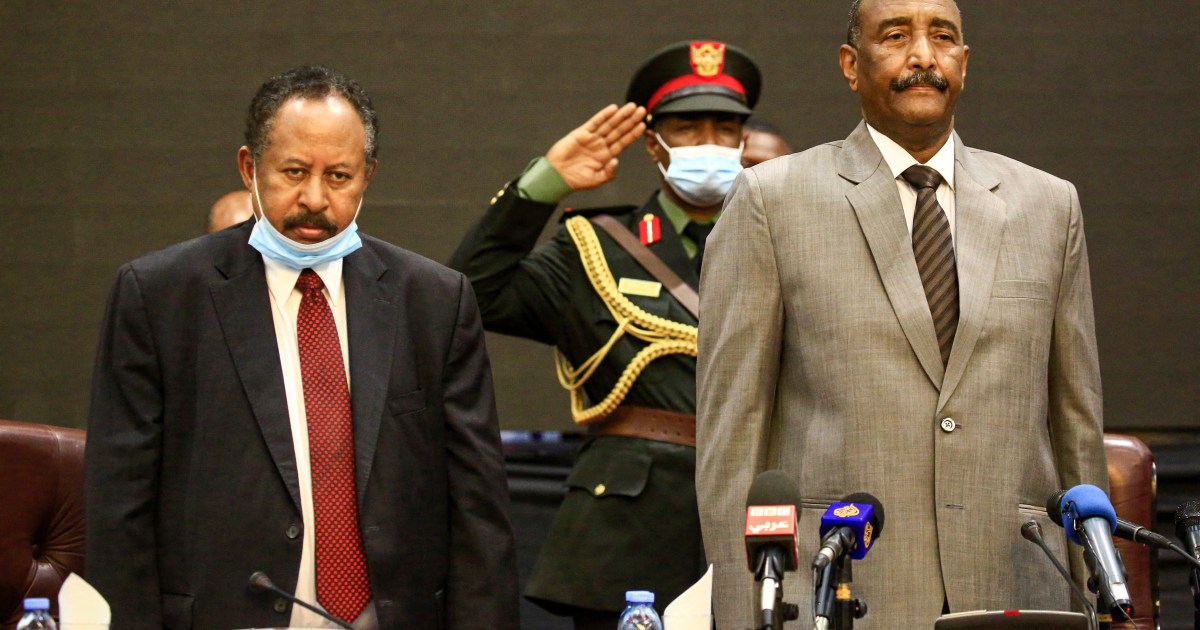 The French newspaper, La Croix, said that Sudanese Prime Minister Abdalla Hamdok - who was released yesterday, Sunday - signed a power-sharing agreement with Major General Abdel Fattah Al-Burhan, the owner of the October 25 coup, after he promised to restore the democratic transition to the right track, but The pro-democracy protesters don't seem to believe it.

And Augustine Basile said in her report to the newspaper from Khartoum that Abdullah Hamdok, the ousted prime minister 4 weeks ago, was rehabilitated by the putschist general who put him under house arrest, returned to center stage and signed before the press - and with the encouragement of the international community - a new power-sharing agreement praised by the nations He was received coldly by the rebels, faced with tear gas fired by law enforcement officials.

A step back and it's rejected

"We do not want settlement, partnership, or negotiation," said Tasabih Ismail, a Sudanese woman who participated in demonstrations in Khartoum called by the "resistance committees" against the October 25 coup, coinciding with the signing of the agreement.

Jaafar Abbas, a spokesman for the Forces of Freedom and Change (the coalition of civilians that signed the transition agreement with the army in August 2019) wrote on his Facebook page that "returning the situation to before the coup so that the putschists remain in the Sovereignty Council is a backward step that we completely reject."

For his part, the spokesman for the Resistance Committees south of Khartoum, Mustafa Al-Hadi, warned a few hours before the signing, saying, "If an agreement is reached today between Abdullah Hamdok and the army, we will abandon the prime minister to continue the resistance."

According to a political analyst in Khartoum, the repression of the "March of the Million" on November 13-17 has greatly weakened citizens' trust in the military authorities.

He added, "10 days ago it was possible to accept such an agreement, but no one will accept it after all this bloodshed, and that the agreement signed by Hamdok showed the extent of the separation of the international community from what is happening in the streets."

For its part, the United Nations Integrated Transitional Assistance Mission in Sudan "UNITAMS" welcomed the announcement of "reaching an agreement on the constitutional and political crisis that threatens the stability of the country."

The writer commented that it is this balance, whatever the price, that seems to concern the foreign partners participating in the transitional process that began after the fall of former President Omar al-Bashir.

Sudanese researcher and analyst Jihad Mashamon noted that the United States and its allies ignore the wishes of the citizens, as they got involved in the Transitional Track Agreement, and then in the Juba Peace Agreement (initiated on October 3, 2020), and they do not want to return to square one, and therefore - as Kholoud Khair, co-director of the think tank Insight Strategy Partners, says: “The main demands of the international community, namely the release of the prime minister and a return to the pre-coup situation, have been met, and the interests of a few politicians - including the military - have trumped the will. popularity".

The agreement includes, among other things - according to the writer - the release of political prisoners, the need to preserve the alliance between the army and civilians until the elections, and the opening of an investigation into the violence, in addition to two points that were at the heart of the tension between the two branches of the government prior to the coup, namely the re-formation of the committee responsible for The dismantling of the previous regime and the formation of a unified army.