All three companies that have electric scooters in Helsingborg now demand fines from users who do not park correctly. For one year, the municipality has been used as a pilot project. This has resulted in fewer incorrect parkers. 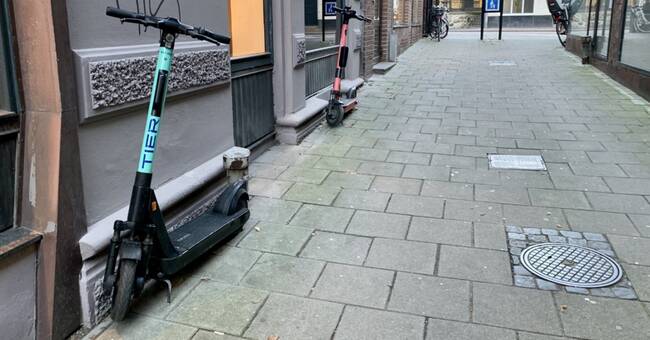 Anyone who rents an electric scooter from the company Voi must take a picture of the parked vehicle when the trip is over.

If the user has parked incorrectly more than once or put away the electric scooter in a particularly careless way, there will be a fine of SEK 250.

The provision is now being introduced throughout the country after a one-year pilot trial in Helsingborg.

- We notice a difference, says the municipality's traffic manager Oscar Grönvall after the test year.

In the video above, traffic manager Oscar Grönvall and Vois Sweden manager Eric André tell more about the results of the test year in Helsingborg.

The technology was missing before

Now the city of Helsingborg has also negotiated the same arrangement with the other two companies that also rent out electric scooters in the city, Bolt and Tier.

Voi has been in Helsingborg since 2019. Since then, there have been many complaints about incorrect parking.

Why do you only face fines now?

- We have not had the technology before, says Eric André.

There may be additional rules for electric scooters.

The Swedish Transport Agency is now proposing to the government, among other things, that it be banned from using them on sidewalks.

Oscar Grönvall would rather see electric scooters placed in a category of their own, with their own rules.

But in the Swedish Transport Agency's proposal, they are still defined as bicycles.