The young Egyptian actor Amir Al-Masry won the Best Actor award at the BAFTA Awards in Scotland for his role in the Scottish film “The Labyrinth” (Limbo), while the film won the Best Feature Film and Best Screenplay award. 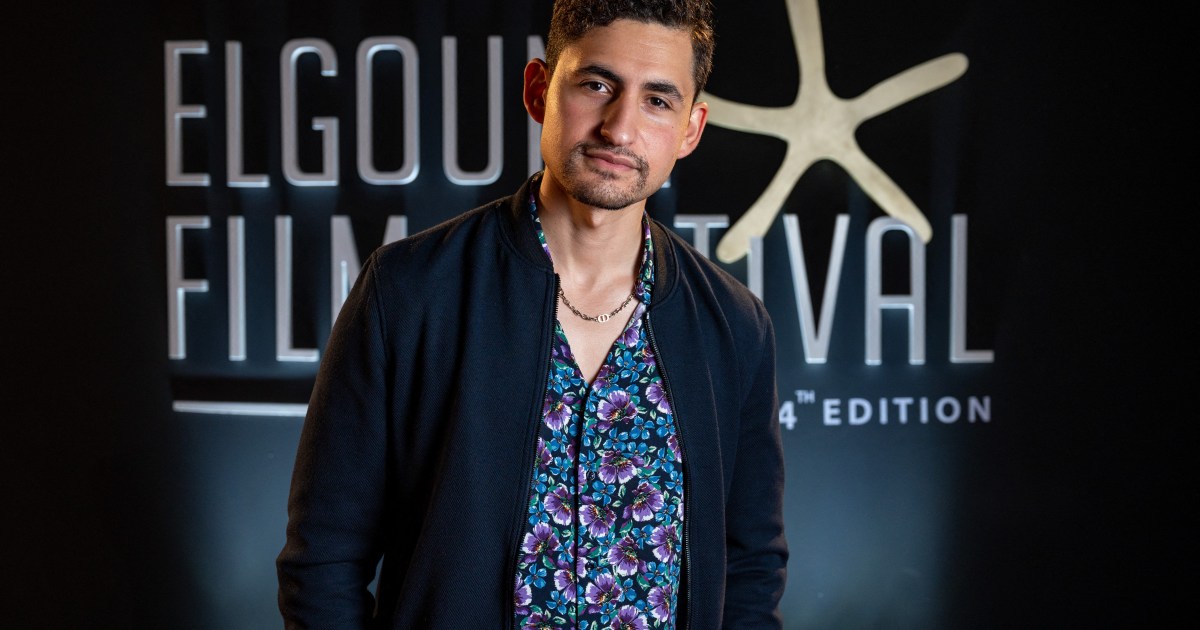 The young Egyptian actor Amir Al-Masry won the Best Actor award at the BAFTA Film Awards in Scotland for his role in the Scottish film Limbo.

The film won Best Feature Film and Best Screenplay, and its director, Ben Sharrock, won the Best Director award, bringing the total of his awards during the ceremony to 4 awards.

After the awards ceremony, Amir Al-Masry expressed his thanks to his family and the film team behind and in front of the camera, who worked in difficult circumstances to produce this film, and added, "I thank director Ben Sharrock for his leadership and friendship and for taking this fun journey together."

"I want to thank all the Scottish cast and crew who worked tirelessly behind the scenes and in front of the camera."

Can you believe it?

Limbo has hit a home run, picking up its fourth #BAFTAScot21 award of the evening for FEATURE FILM!

Congratulations to the whole team.

In press statements, Al-Masry indicated that he did not expect to receive the award in competition with artists from Scotland, explaining that he spent the best time of his life during the filming of the movie.

The BAFTA (British Academy of Film and Television Arts) had included Al-Masry in the list of the new generation of emerging talents for the year 2020, as he was the first actor of Egyptian origin to be included in this list, after participating in many European works since 2013.

Amir Al-Masry will participate in the next session of the Cairo International Film Festival as a member of the jury of the Arab Film Competition, and its activities will start from November 26 to December 5.

Al-Masry participated in the previous session of the Cairo Festival with his film "The Lost", which won the Golden Pyramid Award, the most important award of the festival. The film also won the Henry Barakat Award for Best Artistic Contribution, and the International Federation of Film Critics Award.

The story of a Syrian refugee

In a mixture of comedy and drama, the movie “The Lost” tells the story of Omar (Amir al-Masry), a Syrian refugee who loves music, who goes to London to submit an asylum application, and is sent to a Scottish island, where he learns about Western society and lives with 3 other refugees from different countries. Waiting for a response to your asylum application.

International newspapers praised Amir Al-Masry’s performance in the character of Omar, as the British newspaper “The Guardian” wrote that Al-Masry managed to convey feelings of fear and hesitation about playing the oud in light of crises, and praised the scene of his phone conversation with his mother in Syria, as he asks her for recipes He ate it as he tried to adjust to life in Scotland as an asylum seeker.

Back to Egyptian Drama

Al-Masry is returning to participate in Egyptian works recently, as he is currently participating in the story "The White Glasses" from the fourth part of the series "My Part and Your Partition", written by Amr Mahmoud Yassin and directed by Mahmoud Nassar.

The Arab audience knew Amir Al-Masry through his appearance with the artist Mohamed Henedy in the movie “Ramadan Mabrouk Abu Al-Alamein Hamouda” (2008) and the movie “The Three They Work for It” (2010), to complete his studies in drama and acting in London and set out to act in international films.

Al-Masry also participated in various plays on the British stage, and starred alongside the artist John Stewart in the movie "Rosewater" in 2014, then participated in the series "The Night Manager".