The most prominent Shiite alliance in Iraq filed a lawsuit, which it said was supported by evidence, to the Federal Court to cancel the results of the parliamentary elections, while supporters of an independent candidate demonstrated in Babil Governorate after losing the seat following the results of the manual count. 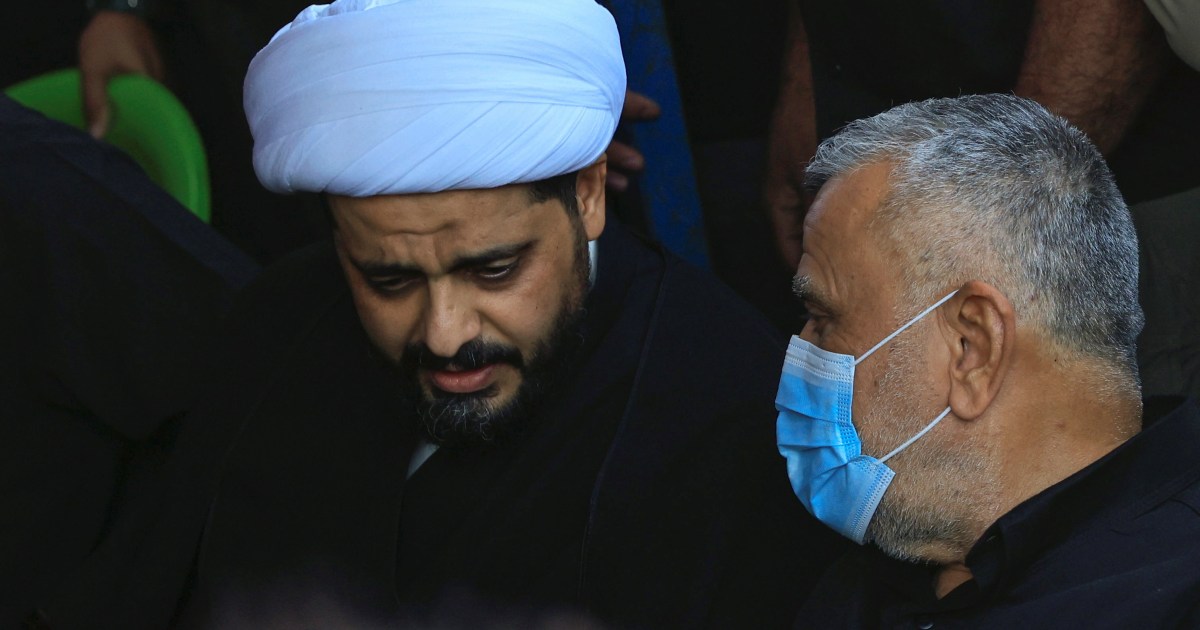 The most prominent Shiite alliance in Iraq filed a lawsuit with evidence to the Federal Court to cancel the results of the parliamentary elections, while hundreds of supporters of a candidate demonstrated in Babil province, south of Baghdad, after losing his seat, following the results of the manual count.

The leader of the "Al-Fateh" coalition, Hadi Al-Amiri, said - in a statement issued by his office - that "the appeal submitted by the Al-Fateh coalition to the Federal Court last Thursday contains enough evidence to annul the election results."

Mahmoud Al-Rubaie, a member of the Al-Fateh Alliance and a spokesman for the Political Bureau of the "Al-Sadiquon" movement, said - via his Twitter account - "We believe in the necessity of adhering to the official paths and procedures.

Al-Rubaie added, "We also submitted a request to the Federal Court to stop the ratification of the results until the case is decided."

Believing in the need to adhere to the official paths and procedures, we filed in the Al-Fateh Alliance a legal case accompanied by technical and legal evidence to the Federal Court to cancel the election results.

We also submitted a request to the Federal Court to stop the validation of the results until the case is decided.# The elections are rigged.

For his part, Hassan Salem, a former representative of the Al-Fateh Alliance, said - via his Twitter account - "Recognizing these fraudulent elections means the end of democracy in Iraq, and the forged winner achieved his goal, but history and generations will remind him that he is forged."

Recognizing these fraudulent elections means the end of democracy in Iraq,

winner achieved his goal, but history and generations will remind him that he is #fake.

The "Al-Fateh" alliance - which is the political umbrella for armed Shiite factions, including "Asa'ib Ahl al-Haq", "Hezbollah Brigades" and "Harakat al-Nujaba" - was the most prominent loser in the recent elections by obtaining 16 seats, while it came second in the 2018 elections with 48 seats.

Since last October, Iraq has been experiencing political tensions due to the rejection of the preliminary results of the elections that took place on the tenth of last October, as they say that they are "fabricated" and demand a manual recount of the votes.

The Electoral Commission had recently announced that it had completed the manual counting of votes in the polling stations, in which candidates and political forces had submitted appeals regarding their validity, and then submitted their appeals and recommendations to the Judicial Commission for Elections for final settlement.

According to the preliminary results of the parliamentary elections, the "Sadr bloc" led by Muqtada al-Sadr came first with 73 seats out of 329, while the "Progress" bloc led by the dissolved Parliament Speaker Muhammad al-Halbousi won 38 seats.

judiciary compliments the losing parties and blocs at the expense of the independents and the new forces, as it expelled the independent candidate (Amir Al-Maamouri on behalf of the Wisdom candidate (Sadiq Al-Mudoul))

In a related context, hundreds of supporters of the independent candidate in the Iraqi parliamentary elections, Amir Al-Maamouri, demonstrated - on Sunday - in the central province of Babylon;

After losing his seat, following the results of a manual count.

Eyewitnesses said that hundreds of Al-Maamouri's supporters demonstrated today in front of the Babel Appeals Court in the center of Hilla (the center of the province of Babil, south of Baghdad), in protest against the Electoral Commission's decision to expel Al-Mamouri and the victory of Sadiq Al-Madlool, the candidate from the Wisdom Movement led by Ammar Al-Hakim, who is affiliated with the coalition of state forces.

Eyewitnesses explained that the demonstrators accused the judiciary in the Independent High Electoral Commission of succumbing to the influence of the political forces objecting to the election results.

And Shiite forces objecting to the results of the parliamentary elections in Iraq announced - the day before yesterday, Friday - that they had obtained 8 new seats (including the signified seat) after the manual counting of the poll results.

And a member of the Sadrist movement, Essam Hussein, considered - in a tweet on his account on Twitter - that "the intention to exclude independents in favor of political parties gives the impression that the elections are a foregone conclusion and do not give any hope for change and lose confidence in state institutions," noting that "the procedures of the Electoral Commission are excellent, but The decisions of the judiciary are very surprising, especially the arguments that excluded some independents."

The intention to exclude the independents in favor of the Wisdom Movement, the Al-Fateh Alliance and the Virtue Party, gives the impression that the elections are a foregone conclusion and also another impression is the impossibility of changing the elections and the loss of confidence in state institutions. The

commission’s procedures are excellent, but the decisions of the judiciary are very surprising, especially the arguments that excluded some independents