Under the great changes, how does the Chinese story "borrow the Internet to go to sea"?

In the new era, new technology, and new environment, how does China interpret the profound Chinese civilization and colorful Chinese stories to the world?   Reporter: Yuan Xiuyue   Under the great changes unseen in a century, China, which is increasingly moving toward the center of the world stage, is deeply integrated with the world and is also turbulent. However, there has always been a "con 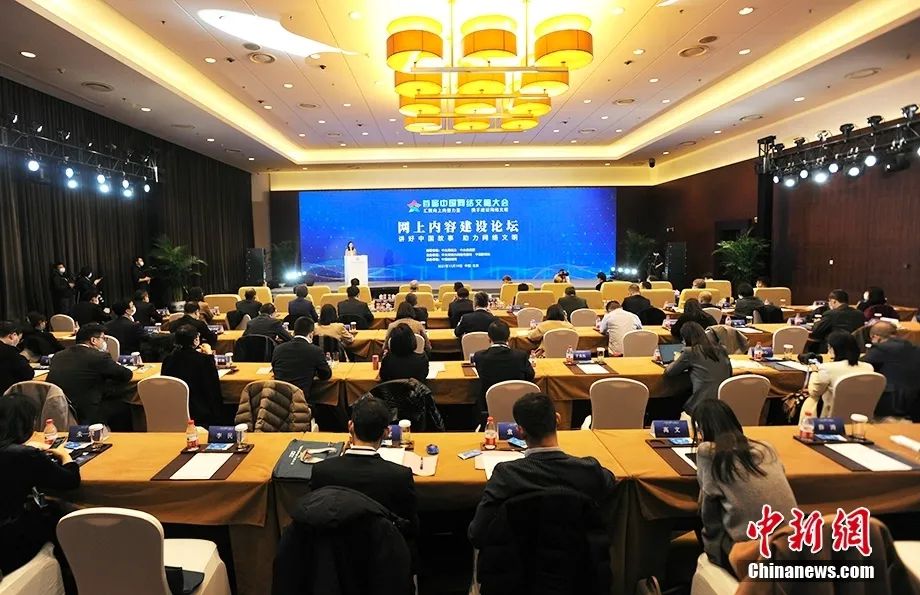 In the new era, new technology, and new environment, how does China interpret the profound Chinese civilization and colorful Chinese stories to the world?

Under the great changes unseen in a century, China, which is increasingly moving toward the center of the world stage, is deeply integrated with the world and is also turbulent.

However, there has always been a "contrast" between the true image of China and the subjective impression of the West.

When technology and civilization meet, how to use the Internet to tell the story of China in the new situation?

On November 19, the online content construction forum of the first China Network Civilization Conference, co-sponsored by the Network Communication Bureau of the Central Cyberspace Administration of China and China News Service, and hosted by China News Network, was held in Beijing. Chinese and foreign guests discussed the above topics.

Where does the Chinese story start:

Go back to China and avoid catering

At present, the Internet has become the main channel of information consumption for global audiences, and the rapid development of technology has also caused profound changes in the international public opinion field.

In the new era, new technology, and new environment, for China's international communication, how can we break through the communication pattern of "the West is strong and we are weak" and explain the profound Chinese civilization and colorful Chinese stories to the world?

Regarding the story of China in the new era, Pan Yue, vice minister of the United Front Work Department of the Central Committee and director of the Overseas Chinese Affairs Office of the State Council, said at the forum that Chinese civilization should be spread through the Internet, promote exchanges and mutual learning between Chinese and foreign civilizations, and help build a community with a shared future in cyberspace.

To "re-translate" Chinese stories in a "cross-cultural" way, a good way is to compare civilizations, dare and be good at answering the most complex and acute questions positively.

Niu Yibing, deputy director of the Central Cyberspace Administration of China and deputy director of the National Cyberspace Administration of China, said that it is necessary to focus on breaking through Western discourse traps, highlighting the cards of "human progress", "peaceful development", and "fairness and justice" to touch people of all countries. Empathy with empathy.

A story is better than a set of truths. It is necessary to focus on combining "reporting" and "reasoning" to find out the interest and excitement of foreign netizen audiences.

“Use contemporary Chinese people’s own vision and experience to study China, and establish China’s mainstream narrative of itself and the world.” Chen Junjun, president of China News Agency, pointed out that to tell a good story about China must “return to China” and tell contemporary China well. We should also pay attention to differences, make a good “bridge” of international communication, and strive to segment audiences, empathize with each other, make good use of the Internet, and make good use of the carrier.

Ming Jinwei, a well-known self-media person and author of the WeChat public account "Mingshu Zatan", also specifically talked about the "Self Action Five" in the forum. He said that the development of the world situation in the past three years has brought the Chinese people a whole story. The Chinese national conditions education class, which allows us to understand the truth and greatness of the Chinese dream.

How to tell a Chinese story:

At present, the Internet has increasingly become a new space for people's lives.

Especially since the outbreak of the new crown pneumonia, the Internet has played an important role in restarting global economic momentum, restoring the normal operation of society, and promoting international anti-epidemic cooperation. It has played a more important role in people's work and life than ever before.

Talking about telling Chinese stories well, Zhao Lijian, deputy director of the Information Department of the Ministry of Foreign Affairs, said that efforts should be made to integrate Chinese and foreign interests, find the intersection of Chinese and foreign interests, common points of discourse, and emotional resonance, find the common divisor of international exchanges, and listen to Western audiences. The language that can be understood, the way of listening, and the content that can be heard make the Chinese narrative become a world narrative and international consensus.

Use a down-to-earth approach to create a credible, lovable, and respectable image of China, and subtly influence the audience to form an objective and positive view of China.

Shan Chengbiao, general manager of Global Network, emphasized the construction of cyberspace. He believes that it is necessary to use mainstream ideas, mainstream public opinion, mainstream values, and mainstream culture to dominate cyberspace, promote the Chinese spirit, interpret Chinese values, and demonstrate China's power on the Internet. Condense the "root" and "soul" of the Chinese story.

According to Han Lei, editor-in-chief of China Daily, social and short video platforms have rapidly grown from a "new field" of information dissemination to a "main position".

It is necessary to seek empathy in interactive communication and show a credible, lovable, and respectable Chinese image. It is easier to resonate and form empathy through interaction with the audience, especially with youth groups.

Regarding the practical experience of telling Chinese stories well, Liu Bing, the party secretary and chairman of Shaanxi Broadcasting Media Group from the "Silk Road Starting Point", believes that it is necessary to base itself on the local area and spread the fireworks that are "cool near water". We must look at the world and have a grand pattern of "seeing the mountains from afar".

It is possible to construct a positive narrative system from the perspective of people, culture, and Tao, and reach the deep heart of the audience through more individual narratives, story narratives, and emotional narratives.

For the story of China, Zhou Yong, executive dean of the School of Journalism of Renmin University of China, emphasized the cultivation of talents.

He pointed out that for the younger generation, they must first see China, go to the forefront of the country’s social development, and feel the freshest breath and pulse of Chinese society; secondly, they must understand China on the basis of seeing, admire the world, and insight into things. , To have a deep identity and deep emotions with the society, and form a strong Chinese stand; finally, to innovate discourse on the basis of seeing and understanding China.

How the Chinese story "breaks the wall":

To tell the Chinese story well, it is necessary to practice hard work, "moisturize things silently", and also to be aggressive and break through the "high barriers".

Nowadays, China is facing an extremely complicated external development environment and a more intense international public opinion situation. Some Western countries use the hegemony of public opinion to reverse black and white, confuse people, and continue to discredit China.

On the forum, Xinhuanet's editor-in-chief Qian Tong specifically mentioned that in the face of unprecedented public opinion wars, how to break through the siege of Western values, break through the traps of Western public opinion, establish a positive narrative system in China, and establish a credible, lovable and respectable image of China is a stance. A must-answer question in front of the Chinese media.

It is necessary to break the monopoly and hegemony of Western media discourse, use unique perspectives, objective facts, and penetrating expressions to break through the double barriers of ideology and information dissemination set by the West, trigger empathy and resonance in the international community, and let the international public opinion field There are more fair, just, objective and rational voices.

It is necessary to build a Chinese story system, discourse system, and narrative system, improve the ability to independently set topics, and grasp the image of initiative and dominance in the international public opinion field.

As a "foreign internet celebrity", Gao Yousi, a well-known blogger and president of the Crooked Nuts Research Association, became popular on social networks at home and abroad for telling Chinese stories.

At the forum, Gao Yousi mentioned in a video speech that the current difficulties in communication between most foreign youths and China are reflected in the lack of information caused by language and cultural communication barriers, and their understanding of China is not comprehensive, three-dimensional, and true. Some foreign media are concerned about China. bias to.

"My vision is to help incubate tens of thousands of cross-cultural video bloggers, let us tell our stories and experiences in China together, narrow the distance between the world and China, eliminate stereotypes, make cross-cultural communication no longer difficult, and make more Many foreigners understand China's'time' and'trend', and fully understand and respect her." Gao Yousi said.