David Hearst: Blair dealt with Hamas a lot, and the new law does not prevent meeting with its leaders

Tony Blair held many meetings with the leaders of Hamas, which may embarrass the British government and the Labor Party. The Hamas ban will not necessarily prohibit further meetings between Blair or other British citizens and Hamas officials. 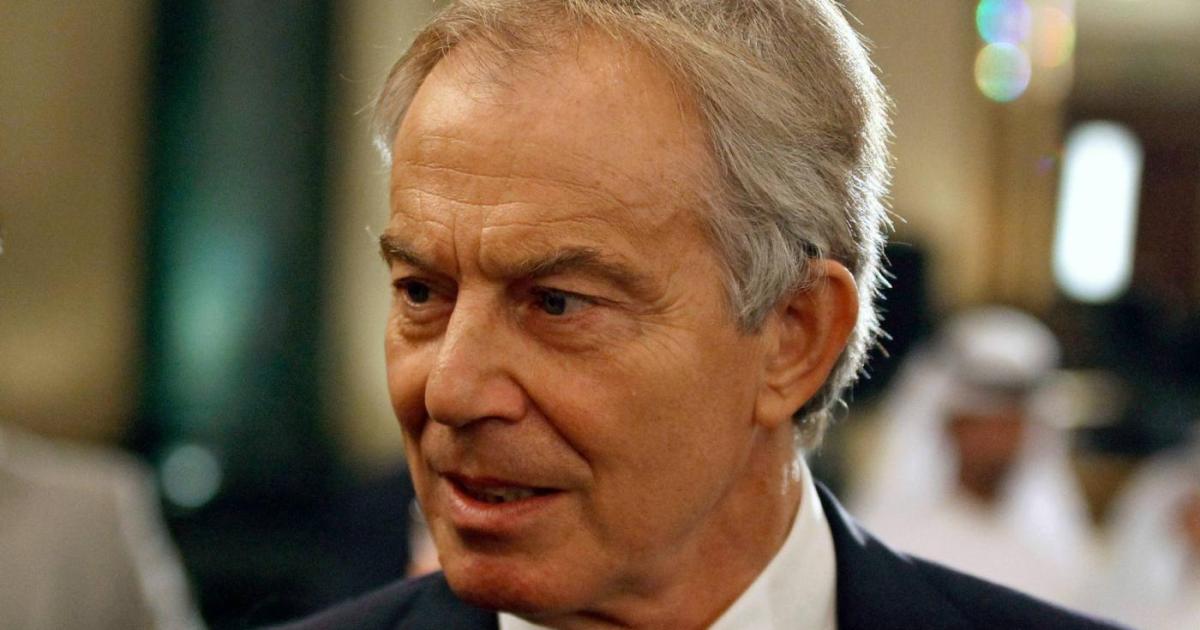 The writer David Hurst says that the former British Prime Minister and Middle East envoy Tony Blair held many meetings with Hamas leaders that might embarrass the British government and the Labor Party, and that the Hamas ban law will not necessarily prevent other meetings between Blair or other British citizens and officials of the movement.

that Blair, during his work as an envoy of the Quartet for the Middle East, and after that also, made an offer to the former head of the Hamas political bureau, Khaled Meshaal, in 2015 to come to London for talks aimed at To mediate an end to the blockade of Gaza.

An embarrassment to the British government

Hurst indicated that it is possible that the details about Blair's dealings with Hamas leaders represent an embarrassment to the British government, which announced - yesterday, Friday - plans to classify the movement as a "terrorist organization."

He added that it may also pose a dilemma for the current leader of the British Labor Party, Keir Starmer, who has expressed strong support for Israel and admiration for Blair.

He explained that sources said at the time that Blair and other officials had prompted Meshaal to understand that the invitation to visit London was an official invitation submitted by the then British Prime Minister David Cameron and American officials, but that visit had not yet been evaluated by the movement.

After leaving the Quartet, Blair announced - in November 2015 - that he would continue to campaign for an agreement between Israel and Palestine as a private citizen, and said that his new role allowed him to have frank discussions with all parties.

Blair also expressed his regret in 2017 that the United Kingdom and other Western countries excluded Hamas from the negotiating table, and in return supported the Israeli blockade of Gaza, and acknowledged that Britain had maintained an informal dialogue with the movement.

The writer quoted Blair as saying, "Looking back, I think we should have, from the beginning, tried to drag Hamas into a dialogue and change its positions."

It was clearly very difficult, Hirst noted, as the Israelis had vehemently opposed it.

Hurst quoted the Guardian newspaper as saying that Blair also held talks with Ismail Haniyeh - Mashaal's successor in the Hamas political bureau - and indicated that Blair met with Hamas leaders at least 7 times - with talks continuing in many cases. to late at night.

He added that other British officials attended these meetings in Doha with Hamas, which is another indication that the British government was fully aware of the talks.

Other British officials under Blair also criticized the exclusion of Hamas from negotiations aimed at securing peace in the Middle East.

Hurst said that banning Hamas in Britain would not necessarily prevent further meetings between Blair or other British citizens and Hamas officials, especially those that encourage participation in a peace process or facilitate the delivery of humanitarian aid.