Political reactions after the verdict for the police murder

Gothenburg District Court sentenced a 17-year-old to eight years in prison for the police murder. Unreasonably low, think parties on the bourgeois side - while the Left Party points to the need for greater efforts before the crimes are committed. 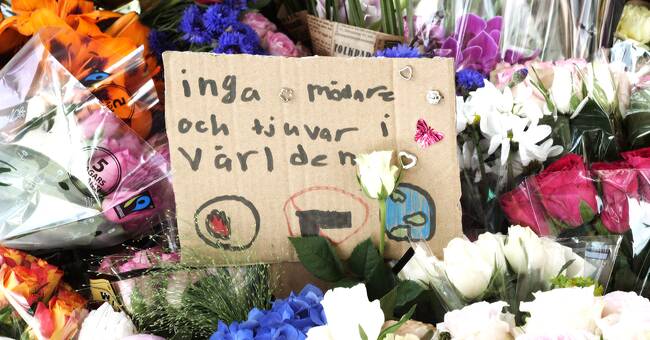 Tobias Andersson, legal policy spokesman, states that the convicted murderer will be released before he turns 25 years old.

- He will come out as a young man with incredible "cred" in gang environments after murdering a police officer.

The government has chosen to leave the penalty reduction for young people between the ages of 15 and 18 unchanged.

According to SD, this means that more minors will be recruited by criminal gangs.

- The government justified this by saying that as a 17-year-old you simply cannot be considered mature enough to understand the consequences of your actions.

It is for me extremely secondary whether the police killer understood the consequences or not.

Let's show him the consequences if he did not understand them.

He thinks it is unreasonable that the life of the murdered policeman is "valued so low".

- If the 17-year-old had been a few months older, he could, with the legislation that is now being prepared, have been sentenced to life imprisonment.

Now he is instead out after five years.

This is an example of how the threshold effect becomes absurd.

We would rather get rid of the youth discount completely.

Johan Forsell's criticism is not directed at the district court, but at legislation that he considers obsolete.

- The legislation is based on people under the age of 18 being children.

But unfortunately, there are many 17-year-olds who have a terrible capital of violence and who are dangerous to society.

And they have to face the consequences in a completely different way in the form of longer sentences when they commit horrific acts.

Johan Hedin, legal policy spokesman, is somewhat more cautious and does not want to review the individual verdict.

- But we need a better form of prison care for minors who commit crimes.

It is quite clear that closed youth care does not work - it has neither high enough safety nor high enough quality in relapse prevention work.

The leadership should be transferred from the National Board of Institutional Care to the prison service, where the competence to handle dangerous criminals is higher.

- But in general terms, it is about big efforts to get these young people to break their criminal lifestyle.

These are young guys living day by day in a violent world.

Many of them do not expect to be older than 25, and shit in what happens to them.

It is a small group that lives in enormous vulnerability where they harm both themselves and others.

We must stop this development.

Her recipe is to put in the resources before the crimes are committed, not afterwards:

- M and SD accept that the crimes are committed and run their efforts when there are already victims of crime.

It is better that we ensure that the crimes do not occur.

But we do not have such discussions in the Riksdag.

The cry for longer sentences she does not give much for:

- For those guys, it does not matter if the punishment is longer.

It is the status of them to be locked up.

Each time, they climb a little higher in status.

When they come out, they are drawn directly into the gangs again.

It is a terrible development.

Rasmus Ling, legal policy spokesman, understands if many want to see a harsh punishment when it was a terrible event.

He is of the opinion that those who are 15-17 years old and commit the most serious crimes need longer penalties than you get today.

- That is why we have appointed an inquiry to review this.

But this presupposes that the activities at the institutions where they end up are also better, so that the risk is not that the convicted person becomes even more dangerous to the environment and himself when he comes out.

We also need to make better and more efforts before - there are, for example, schools where the majority of students do not go out with approved grades.

Fighting crime with all our might also means investing in prevention.

SVT has applied for all parliamentary parties.