Stuck in the middle of the table, Monaco and Lille clash in the hope of a recovery Friday (9:00 p.m.) at the start of the 14th day of Ligue 1, while Lyon and Marseille, in search of points ... 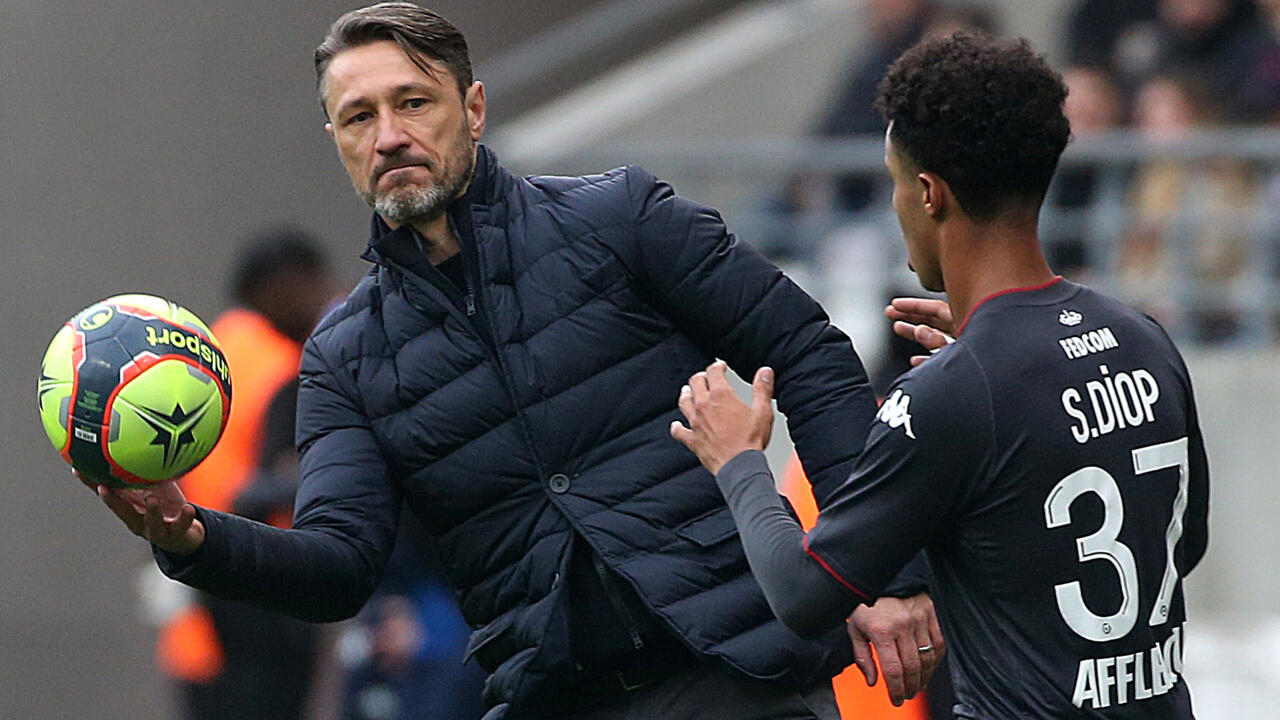 For the resumption of Ligue 1 after the international break and just before returning to the Champions League on Wednesday against Manchester City, Paris SG will try for its part to keep its ten points ahead of Lens, its dolphin, during the reception in Nantes on Saturday (5:00 p.m.).

Champions of France and third in the 2020-2021 fiscal year, Lille and Monegasques no longer play the leading roles this season.

The two teams follow each other in the soft underbelly of the standings: ASM (11th, 18 pts), ahead of Losc (12th) by two lengths

Five defeats in L1, matches with frustrating scenarios, an ineffective attack, the two teams display a similar profile before their confrontation on Friday at the Louis-II stadium.

If Jocelyn Gourvennec's players signed a great victory in the Champions League in Seville (2-1), they have not won in L1 since their success at home against Marseille (2-0) on October 3.

Monaco are doing a little better with two wins in their last five matches, but Niko Kovac's side haven't scored any goals in their last three meetings in all competitions.

Mbappé on its way?

Solid leader of L1, Paris will find against Nantes (10th) a Kylian Mbappé in great shape, author of five goals in two matches with the Blues, freshly qualified for the 2022 World Cup.

Lionel Messi also landed his ticket to Qatar with Argentina and could play against Nantes after missing the matches against Leipzig and Bordeaux.

Affected by the adductors in the Brazilian selection, Neymar, however, risks missing the call against the Canaries.

Kylian Mbappé sparkling with the France team against Finland in Helsinki, November 16, 2021, is eagerly awaited at the forefront of PSG FRANCK FIFE AFP / Archives

Dauphin of Paris, Lens moves to the poorly classified Brest (17th) on Sunday, while Nice (3rd) goes to Clermont (15th).

The day will end on Sunday evening with the clash of the Olympics between Lyon and Marseille, inconstant or even worrying this season.

Qualified in the Europa League, but slapped in Rennes (4-1), the Lyonnais (7th) must win at home to stay in contact with the podium and dispel a feverishness too often displayed.

A victory and the team of Lucas Paqueta would return to a point of the Marseillais, current fourth.

With five draws in their last seven matches in all competitions, OM also need success to get back on track.

The program for the 14th day of Ligue 1: