Curfew, social restrictions, business closings, masks and starting over. Germany, the European country that has had the most access to vaccines against the coronavirus ... 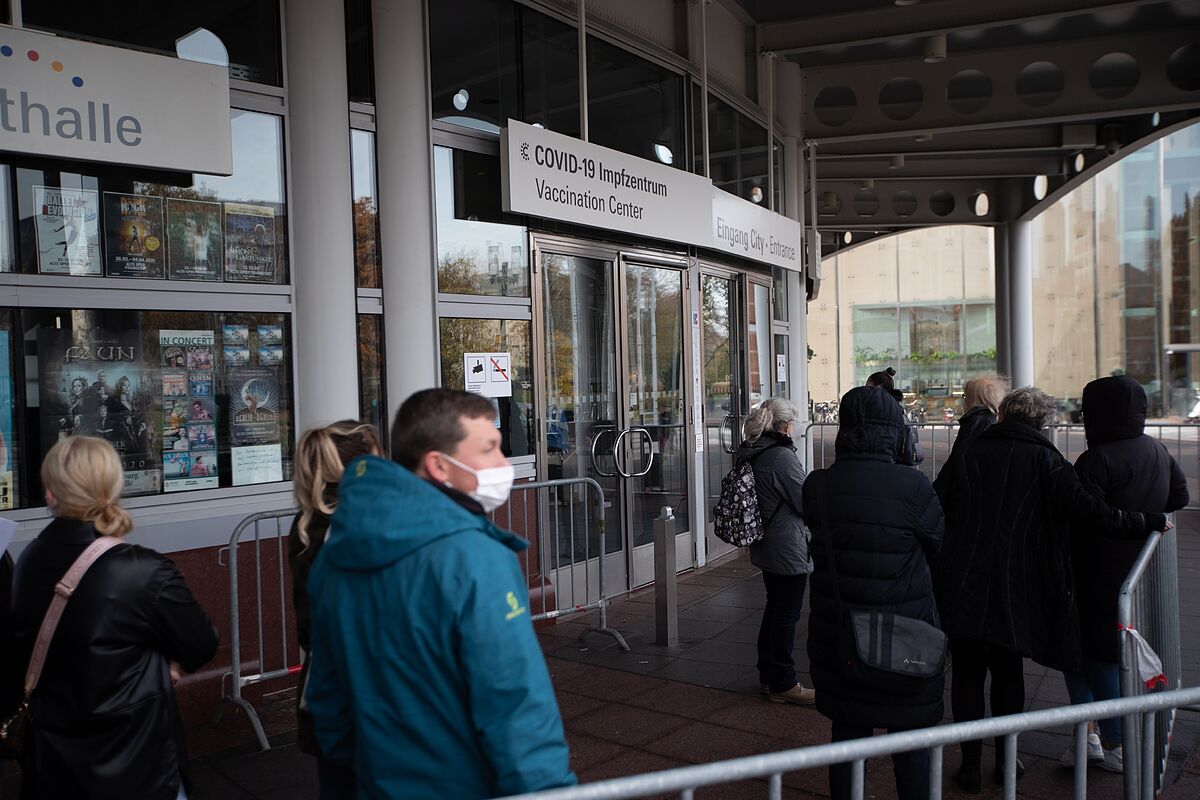 Curfew, social restrictions, business closings, masks and starting over. Germany, the European country that has had the most access to vaccines against the coronavirus due to the additional contracts it closed apart from those signed by the European Commission, faces an unprecedented tsunami of transmissions and hospitalizations generated by the unvaccinated. The situation, with

is so serious that the president of the Robert Kock Institute, Lothar Wieler, has left aside the mere exposure of epidemiological data to

ask the population not to leave home and avoid little spaces ventilated.

"We have reached a point where

the mere increase in vaccination will not be enough

to contain this fourth wave," said Wieler, who does not hide his disappointment at the lack of solidarity shown by citizens who have had everything for months. their willingness to get vaccinated and they have not done so, thus endangering society as a whole. Now, Weiler says,

longer speak of "outbreaks" because the whole country is a "great outbreak",

a volcano that has put the whole country in a state of emergency.

The political parties seem to have understood this and to be willing to make decisions without thinking about revenue, a change in attitude that this Friday was seen in the Bundesrat, where the federal states sit. After opposing the reform of the Infection Law approved the day before in the Bundestag with most of the parties that negotiate the formation of the Government, the presiding ministers governed by the conservatives of the Christian Democratic Union (CDU) and the Bavarian Social Christian Union ( CSU) decided to vote in favor of the new law.

Bavaria, Saxony and Thuringia, the three "Länder" with the highest incidence in

the country and an interesting comparison to understand why. A sociological study published this Friday has revealed that the coronavirus waves in 2020 had a

greater incidence in regions with a strong presence of the Alternative for Germany (AfD),

a populist and basically denialist party in a pandemic. The interventions of this party in the Bundestag have been to criticize the anti-Covid measures promoted by the Government, including the use of the mask.

The researchers used up to 48 calculation factors to find out if there was a connection between the AfD vote share in the 2017 elections and the increase in the number of coronavirus infections in the spring and fall waves of 2020. The result was categorical .

"There is a correlation and we were surprised that it was seen so clearly.

said Christoph Richter, one of the authors of the study.

Saxony has an incidence of 539, new cases of Covid per 100,000 inhabitants and Thuringia of 585.4, compared to 152 in Rhineland-Palatinate or 200 in North Rhine-Westphalia, the most populous German state. The palm is taken, however, by

In some regions the incidence exceeds a thousand. Experts attribute these records to the geographical location of the "Land", with the highest proportion of border workers in the country, some 46,000, according to the federal Employment Office. It is also true that the average share of vaccinated in Bavaria is 64%. In the Rosenheimer region the share is only 57%.

"This is a pandemic of the young and the unvaccinated,"

says Bavarian Health Minister Klaus Holetscheck. And to stop it, the minister president and leader of the CSU, Markus Söder, has announced the total confinement of the population in points with an incidence of more than 1,000 new cases per 100,000 inhabitants in seven days from Monday and for three weeks .

"Everything will be closed here, except for kindergartens, schools and essential commerce,"

Söder reported. There will be eight regions. In one of them, Rottal-Inn, the incidence is 1,423.6.

Germany's largest, and many mayors will follow suit in a joint action against this fourth wave.

On the other hand, Söder has imposed the closure of the gastronomy at 10 pm, cultural and sporting events can only be held with 25% of the capacity and only for vaccinated people and people who have overcome the disease.

This is the RED model proposed by the Government to replace ERTE: three different types and portability of workers between companies