The leadership of the Popular Parliamentary Group (GPP) is going to file Cayetana Álvarez de Toledo for having revealed in an interview with EL MUNDO that he broke the discipline of ... 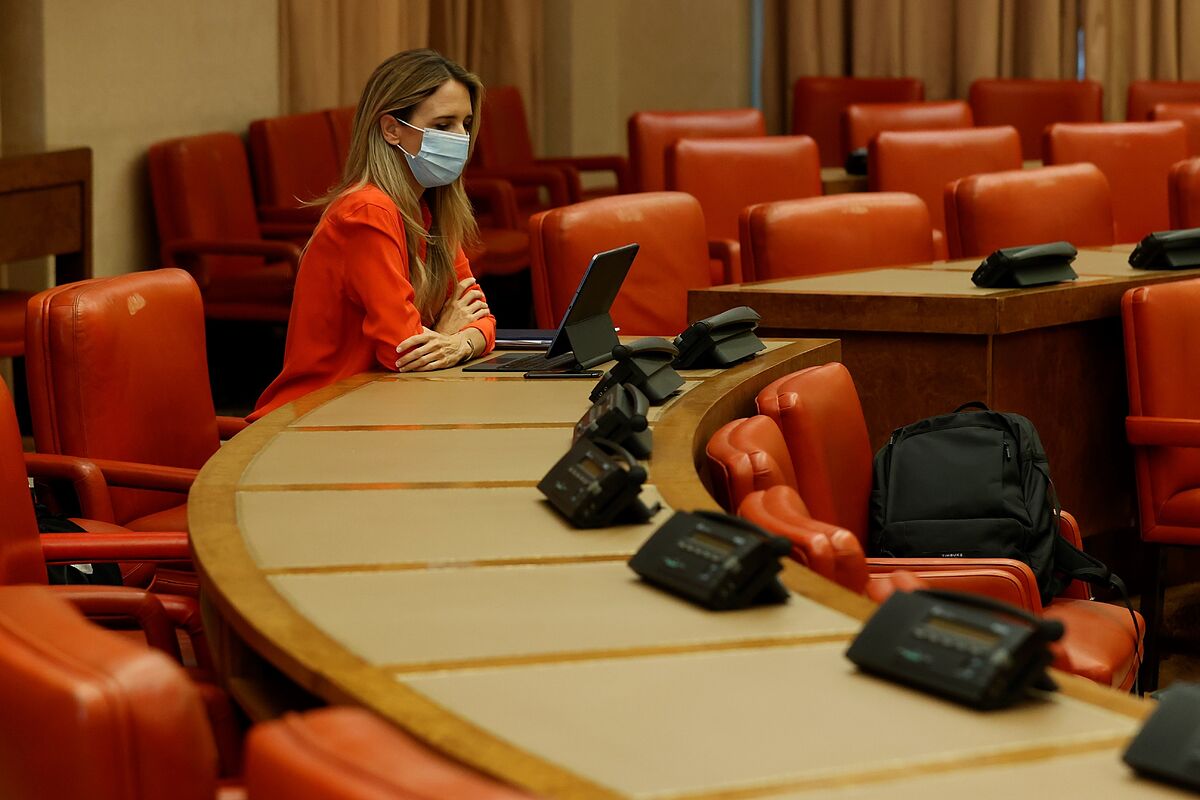 The leadership of the Popular Parliamentary Group (GPP) is going to file Cayetana Álvarez de Toledo for having revealed in an interview with EL MUNDO that he broke group discipline by having cast a blank vote for the magistrates of the Constitutional Court, last week in Congress .

This file will entail "insurance" the imposition of an economic sanction that will oscillate between 500 and 700 euros, according to sources from the leadership of the Parliamentary Group. The muilta "is something automatic," they point out. "We cannot give the message that the rules can be breached depending on who you are. Maintaining party discipline is very important, the internal message of equality of all deputies is fundamental," they point out in the GPP.

The party's national leadership does not plan to take organic disciplinary action against Álvarez de Toledo, and leaves all responsibility in the parliamentary group. The deputy for

accused the secretary general of the party, Teodoro García Egea, of exercising a "testosteronic" command and of "bullying". And he criticized Pablo Casado's lack of leadership. "We are not going to enter into sterile debates," answered the PP Deputy Secretary-General for Communication,

But the other possible sanction, the parliamentary one, is taken for granted. And it falls by its own weight, say the deputies consulted. "Having maliciously revealed that he broke the voting discipline is an immediate reason for imposing a sanction," says one of the parliamentarians closest to Álvarez de Toledo. "Another thing is the part of personal disqualifications: there should be no sanction for that," he adds.

In the interview last Sunday, Álvarez de Toledo revealed that he had voted blank for the candidates for Constitutional magistrates, due to the "impudent, active and public politicization" of the court of guarantees. In her party, she was ugly then that, in 2012, she did vote in favor of the appointment of

, who at that time was the spokesman for the

. And that "it was politicization."

Next Monday the leadership of the Parliamentary Group will meet, and there could be assigned a deputy "instructor" of the file.

It is up to the

, Cuca Gamarra, to select him among the 10 people who captains the group.

Nine, actually, because Casado will be left out.

In addition, there are deputies designated for better or for worse in Álvarez de Toledo's new book, which narrows the circle of possible instructors.

Last Monday the issue was not discussed at the meeting of the Board of Directors of the GPP, according to the sources consulted.

Of course, the next day, Gamarra already pointed out the path of the file, but without getting wet about the sanction, in a press conference in the Lower House: "The internal rules apply to everyone, regardless of their name and surname." .

It must be remembered that the PP remodeled its internal regulations in March to align them with its statutes and deter the harshest criticisms of the national leadership from parliamentary groups.

He did it, precisely, after another interview by Álvarez de Toledo to EL MUNDO published on February 16, at close range of the PP's electoral bump in the Catalan elections of 14-F.

On that occasion, the former spokesperson assured that "Casado has disappointed the hopes placed on him."

PPMontesinos responds to Álvarez de Toledo: "We are not going to enter into sterile debates"