Queen Elizabeth II withdraws for health reasons: "We will see her more on the screen and less in the flesh"

What really happens to Isabel II? Are the ailments normal at his age, 95, or is there something else behind it? Will we see her in action again in her colorful dresses or will there be ... 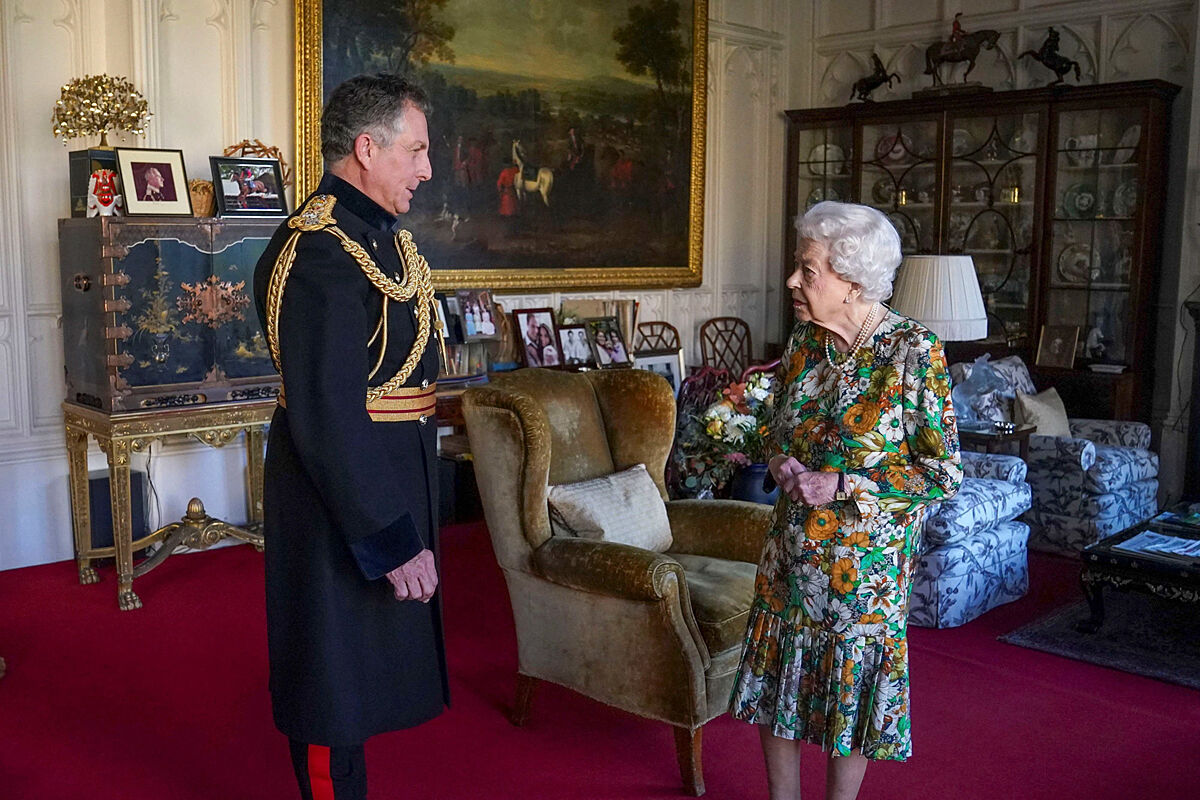 What really happens to Isabel II?

Are the ailments normal at his age, 95, or is there something else behind it?

Will we see her in action again in her colorful dresses or will we have to get used to her video appearances from Windsor Castle?

Does he finally withdraw and give the lead to Carlos and Camila, William and Kate?

The sudden suspension of his attendance at the Armistice Day ceremony triggered all the rumors again, fueled by laconic statements from

Buckingham Palace, much criticized for the lack of transparency in recent weeks.

Officially, the queen suffered a pinched back and had to accept - again "reluctantly" - that she would not be able to leave the traditional flower crown in the Cenotaph in London.

He had not missed Poppy Day once in 22 years. For her, paying tribute to war veterans is one of her top priorities.

He was not even absent last year, despite the pandemic.

This time it was perhaps more significant to her because of the death in April of Philip of Edinburgh, who also had a fondness for military celebrations.

The notice to the media came a couple of hours before, although everything suggests that the royal family received in advance the task of filling their "absence" with the typical choreography for these occasions. According to royal analysts, what was seen on Poppy Day may be a preview of what to expect from now on: the queen will continue to act as such from Windsor Castle and as long as the body endures, but

her royal duties will be seen Drastically reduced

and the British will have to console themselves with their virtual or video appearances, such as at Cop26 in Glasgow.

"We are entering a new phase of her reign in which we will see her less and less in the flesh and more and more on a screen," predicts biographer Penny Junor. "It is very sad for her, especially not being able to attend ceremonies such as the Cenotaph that she considers so important. But she will have to follow medical advice ...

People may feel anxious at the news of another health setback, but it is nothing surprising considering his 95 years. "

"The public has to get used to the idea that the queen is going to be seen a lot less," Royal House sources declare to 'The Daily Mail'.

"There will be a substantial change in the pace of his appearances in public, and he will continue to give representation functions to Carlos, William and Princess Anne.

We will hardly see Elizabeth II again in multitudinous acts of investiture and distribution of titles,

wielding the ceremonial sword of to his father, Jorge VI ".

However, other royal experts, such as Angela Mollard, have called on Buckingham Palace to be "more transparent with the public" and not try to hide the monarch's health problems.

"She has the right to privacy, but we cannot forget her dimension as a public person,"

warns Mollard, in tune with the criticism that has raged against the Royal Household in the last month and a half.

Right after her vacation at Balmoral, the Queen attended the official opening of the Scottish Parliament on 2 October. She then began a long marathon of official events that took her to Wales, where she also opened Parliament (and her "frustration" with world leaders for the lack of action on climate change ceased). Days later he

appeared leaning on a cane, for the first time in two decades,

in an act of the British Legion. On October 18 he shook hands with Bill Gates and other world economic leaders at a reception in Windsor. And on October 20 the suspension of his visit to Northern Ireland was suddenly announced, claiming that the doctors had recommended a few days of rest.

Only later did it become known that Elizabeth II had spent the night in the Rey Eduardo VII hospital and that she had undergone a medical check-up.

The result of that check was never made public.

Buckingham Palace reported that the queen temporarily suspended her public events, but that she would gradually rejoin her routine.

Finally she suspended her attendance in person at the Glasgow Cop26, although

those days she was photographed at the wheel of a car

and shortly after she arrived in her Range Rover (in the passenger seat) at the Sandringham residence, to take days off and go preparing for the family Christmas.

It was around Sandringham, when everything seemed ready for his reappearance, when he punctured again, this time due to the supposed back pain that he has had other times.

Officially, the queen has not suffered a fall and has been twice vaccinated against Covid

(although it is not known if the third dose has been given).

One of the last to see her and check her health was precisely the premier, Boris Johnson, who this week proclaimed to the four winds: "I want to assure everyone that I held an audience with the queen last Wednesday in Windsor and which is fine. I shouldn't say anything, but I wanted to say it anyway. "

To project a "back to normal" image, Buckingham Palace released a photo of the queen's first audience on Wednesday after her absence from the London Cenotaph ceremony on Sunday.

Elizabeth II, in one of her flowered dresses, dispatched with General Nick Carter, Chief of Defense Staff, before her retirement announced for next month.