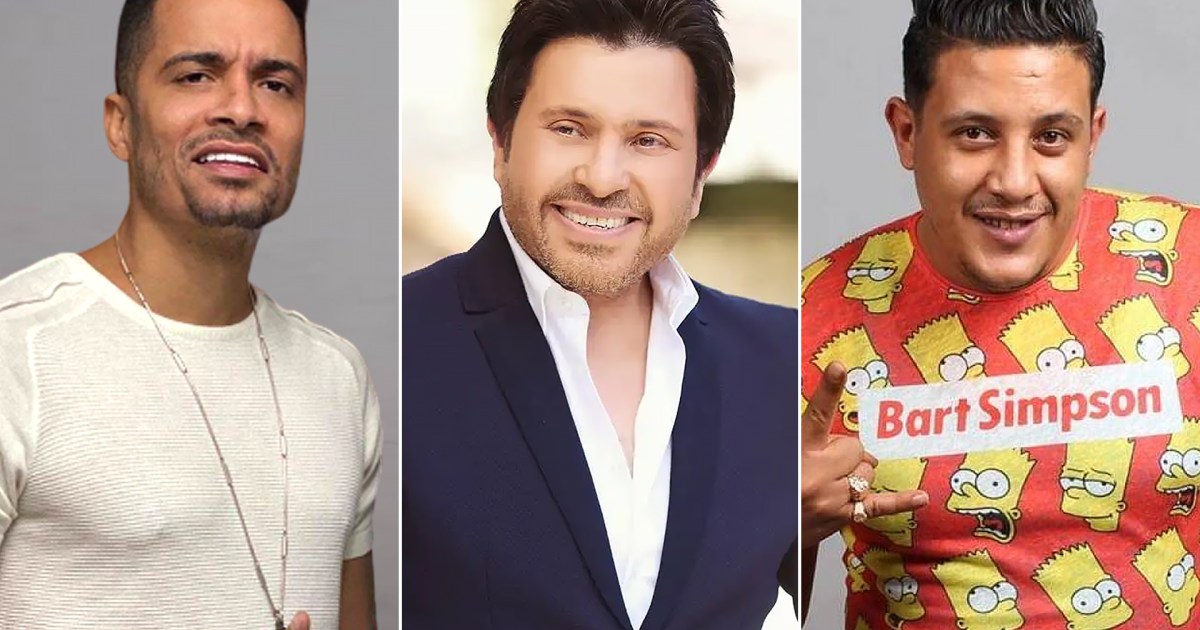 Yesterday, Wednesday, the Egyptian Syndicate of Musical Professions issued a decision to suspend 19 singers of festivals and folk songs from singing.

In an intervention by the head of the Syndicate of Musical Professions, artist Hani Shaker, for the “Happening in Egypt” program, with the media, Sherif Amer, he explained that the decision obliges the concerned authorities not to deal with the names mentioned in the statement because they are not unionists, and that the ban includes preventing them from singing in programs, films, plays, and public and private parties. In Egypt, but they have the right to sing outside Egypt and on YouTube because the Syndicate has no authority over that.

He added that the decision was already made two months ago, but recently officials in tourism companies and hotels were notified, as the Syndicate Council made tours and met with the Staff of War, the Director of Moral Affairs in the Armed Forces, and the Tourism Police, and the statement was distributed to the various governorates of Egypt.

The captain stressed that the ban aims to control what he called the state of pandemonium that has occurred in the art scene recently, and that whoever wishes to reconcile his conditions, prepare his papers, and pass the syndicate’s exam at the hands of great composers, the Syndicate will not object to that.

Art critic Tariq Al-Shennawi commented on the decision on his Facebook page, rejecting the union’s decision and wrote, “It will fall in the coming days, and as usual, Hani Shaker’s decision to prevent festival singers from singing is not important, their names that have become a trend in ridicule of them. It is not treated in this way, but rather by creating a healthy atmosphere in order to present a parallel art capable of returning the indicator to sober singing.”

Al-Shennawy continued, "Throughout history, this genre exists in the street. Adawiya sings "Al-Sa'ah Al-Dah Amboh" and Umm Kulthum sings Al-Atlul. Hani Shaker previously sang the girl of the neighbors in a television interview with Wafaa Al-Kilani, which is the most intense listening, while in recent years the street has not sung his new songs for him.

After the decision, the popular festivals singer Hamo Beka sent a message to the union through a video he posted on his page on the social networking site “Instagram”, in which he said that he is happy that he has been suspended for the fifth year in a row, and he was exposed to issues and lectures despite his financial responsibility for the members of his band, and he continued. That there are members of the union who have a "carne" (card) and are not fit to sing, and he confirmed that he will not reveal their names.

In the video, the festival singer said that with this decision he will resort to traveling and singing abroad and not in Egypt, because the ban decision will affect his workers and their families. Libya and the Arab countries as well as Egypt.

The decision to ban festival singers is not the first, as it was preceded by many decisions and problems that faced the emergence of this singing color in Egypt. With the emergence of Oka and Ortega, the Syndicate also issued a decision to stop the duo in 2013 until obtaining licenses to sing.

In 2018, with the appearance of Hama Beka and Magdy Shata, Hani Shaker issued a decision banning them from singing and refusing to grant them work permits, and they were legally prosecuted, which made Hama Beka go to the union, objecting to his failure to obtain a work permit and to hold a party in Damietta Governorate.

As for Hassan Shakoush, despite the great popularity he achieved with the release of his song with singer Omar Kamal “Bint Al Jeeran”, the crises caused the withdrawal of licenses to practice singing.

In 2020, Shakoush and Omar Kamal were hired to present the song at the official Valentine’s Day party, and although they confirmed that the inappropriate words in the song had been changed before it was presented, the party officials were surprised by the lack of change, which caused a major crisis at the time and they were temporarily prevented from singing for the time. First.

Hani Shaker retracted at the time from granting Shakush membership in the Musicians’ Syndicate, after the latter had taken and passed the Syndicate’s exams, and at that time he was supposed to officially join the Syndicate, but the latter issued a media statement at the time confirming that there is almost agreement from the sects of society on the bad situation that they are facing. Art and culture are threatened through festival songs, which carry suggestive words that entrench immoral habits and overtones, and which spawned the so-called “instinct listeners.” The festival performer became the legitimate father of this artistic and moral decline, according to the statement’s description.

But the crisis that ousted him from the union was after the verbal altercation that occurred between him and the popular singer Reda El Bahrawy, after Shakush, in one of the videos on stage, attacked the profession of “drummers” and musicians and described them in inappropriate sentences, which prompted the union to withdraw his license permanently after the complaint that A group of musicians submitted it to the union, and Bahrawy was suspended for a month.

This came in conjunction with the Syndicate's ban on playing playback without the help of at least eight musicians in concerts.

After banning Hassan Shakoush, the union banned 5 other singers, Afroto, Marwan Moussa, Richa, Costa and Mahmoud Motamad, because they are non-working members of the union, and they did not obtain any permits to sing.