"To convince Biden of weakness": how the Republicans called on the White House to tighten its policy towards Russia

A group of US Republican congressmen expressed deep concern about the policies of the Joe Biden administration towards Russia and the "dangerous consequences" of such a course. They blame the head of the White House for the decision to give the "green light" to the Nord Stream 2 gas pipeline, insufficient support for Ukraine and the extension of START III. Legislators believe that Vladimir Putin allegedly has absolutely no intention of improving relations with the United States. Congressmen also called on the White House to strengthen Washington's "containment positions", impose sanctions on the Russian pipeline and provide Ukraine with a "clear path to NATO membership". According to experts, the Republicans are taking an anti-Russian position, but it should be considered as an element of the intra-American political struggle. 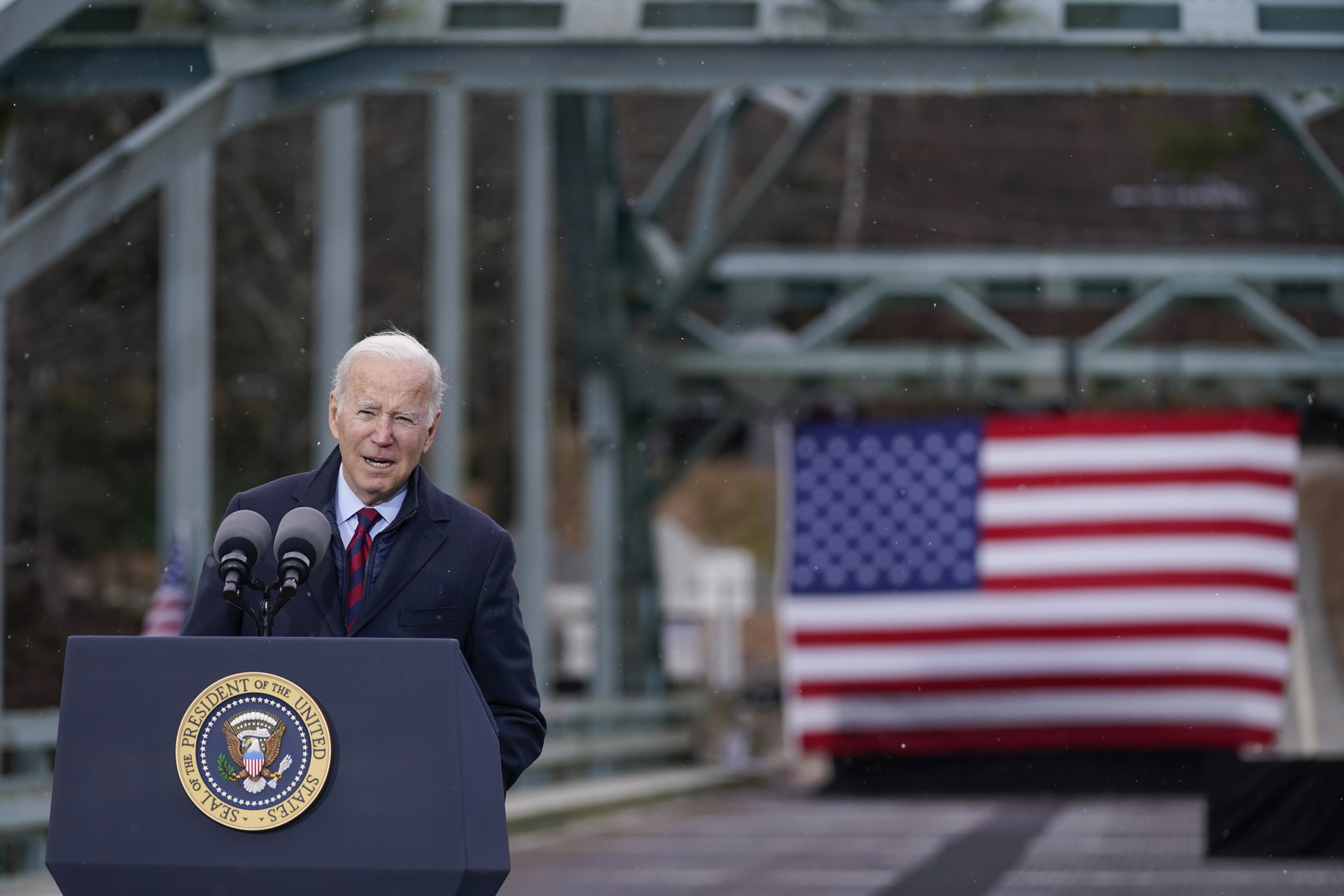 The US Congress expressed deep concern about the policies of the Joe Biden administration towards Russia and the "dangerous consequences" of such a course.

This is stated in a letter sent to Secretary of State Anthony Blinken from ten US Congressmen - representatives of the Republican Party, including the senior Republican of the Foreign Affairs Committee of the lower house of Michael McCall.

"Congressmen called on the Biden administration to be more clear about the threat posed by the Putin regime, saying the administration must recognize the" futility and danger of its policy of building a 'stable and predictable relationship' with Russia, "reads a press release to the letter that was published on the website of the Foreign Affairs Committee of the US House of Representatives.

As specified, the recent decisions of President Biden regarding US policy towards Russia "demonstrate weakness, giving courage to the Putin regime and undermining the credibility of the United States on the part of allies and partners."

In particular, we are talking about allowing the construction of the Russian gas pipeline Nord Stream 2, which, in the opinion of the American congressmen, “has a harmful effect”.

“The fact that the (USA

has not yet reconsidered its decision to give the pipeline the green light cannot be explained.

It is even more difficult to understand this in the light of the efforts of the Putin regime aimed at fanning the ongoing energy crisis in Europe, ”the letter says.

In the document, the congressmen also call for "recognizing and condemning Russia's overt attempts to use energy resources as a weapon" and exacerbate the serious energy crisis in Europe.

"In addition, the Biden administration should reverse the dangerous decisions related to the refusal to impose critical sanctions on Nord Stream 2 and call on Berlin to fulfill its promise and demand from the EU a response to Russia's use of energy resources as a weapon," American lawmakers.

In their opinion, "consent to an unconditional extension" of the document deprived the United States of "any opportunity to influence the negotiations and draw attention to the shortcomings" of the agreement.

The head of the White House is also blamed for the alleged lack of support for Ukraine.

In this context, the legislators called for providing for the Ukrainian side and Georgia a "clear path to membership" in NATO.

They also consider it necessary to strengthen the "deterrent position" of the United States in the Black Sea, expand assistance to regional partners in ensuring security and cooperate with the North Atlantic Alliance "to build up military exercises and deploy allied forces in the region."

Moreover, the letter emphasizes that Russian President Vladimir Putin allegedly "has absolutely no intention of improving relations with the United States."

"Instead, the Putin regime will continue to use concessions from the administration and seek dialogue instead of decisive measures to implement this policy," the document says.

Let us remind you that this is not the first time that the American Congress has come up with initiatives to toughen Washington's policy towards Moscow.

For example, in September, members of the US House of Representatives Rules Committee agreed on an amendment to the United States defense budget for the next fiscal year, recommending the Biden administration to consider the possibility of imposing sanctions against 35 Russians, including high-ranking officials, business leaders and representatives of the leading Russian media. In particular, the document includes the press secretary of the Russian President Dmitry Peskov, Prime Minister Mikhail Mishustin, Moscow Mayor Sergei Sobyanin, businessmen Alisher Usmanov, Roman Abramovich, Oleg Deripaska and Gennady Timchenko. In addition, the list includes the editor-in-chief of RT Margarita Simonyan, the general director of Channel One Konstantin Ernst, as well as journalist Vladimir Solovyov.

Just when you thought this counter-kleptocracy national defense bill couldn't get any stronger, @ RepMcCaul @ RepMarcyKaptur bill to sanction Nord Stream 2 and repeal waiver authority is added as is @BradSherman bill to sanction Russian debt in secondary markets.

Moscow responded to such proposals of American congressmen.

As the press secretary of the President of Russia Dmitry Peskov noted, these are "intra-parliamentary exercises."

“In order for them to be somehow formalized and even more activated, they have to go a very long way.

The fact that in the Congress in various commissions there are a huge number of people who are poorly versed in Russian reality, but at the same time do not like our country fiercely, is not a secret for anyone, "Peskov told reporters.

In the commentary of the official representative of the Russian Foreign Ministry, Maria Zakharova, it was emphasized that Moscow would like to once again warn Washington against a rash step on the "sanctions track".

As the American political scientist Malek Dudakov noted in the RT commentary, the letter of American congressmen sent to the State Department is "anti-Russian" in its meaning.

However, it is necessary to consider his appearance first of all "as an element of the intra-American political discourse."

“In this case, Russia has been chosen as an object both for attacks and in order to convict Biden of weakness, of his insolvency.

Republicans, who for four years have been accused of being allegedly supporters of Moscow and allegedly elected by the Russians, are now trying to accuse Biden and his administration of being "soft" towards Russia and not holding back growing influence. RF, including through sanctions, "- said the expert.

Yuri Rogulyov, director of the Franklin Roosevelt Foundation for the Study of the United States at Moscow State University, has a similar position.

According to him, the rivalry between the Republican and Democratic parties continues, and therefore the Republicans, at the expense of anti-Russian rhetoric, want to intensify criticism of Biden and his administration, put him in a difficult position.

“The tug-of-war continues, this fight will intensify with the midterm congressional elections approaching in 2022.

And similar anti-Russian letters and initiatives will still appear to solve domestic political goals, "he said in an interview with RT.

In turn, Dudakov drew attention to the fact that the congressmen, recalling the situation around Nord Stream 2 and the energy crisis in Europe, as well as other aspects, want to "prick Biden's image."

According to the expert, it was these topics that were chosen to be mentioned in the letter, since they are now the most relevant on the agenda.

“Right now we see the unfolding gas crisis, we understand that Nord Stream 2 is an obvious way to get Europe out of this difficult situation.

Therefore, right now, the American congressmen have stepped up their calls to impose sanctions on the gas pipeline, to prevent its certification.

The Republicans want to present the implementation of this project as a tactical defeat for Biden, ”the analyst said.

Dudakov also predicted that the Biden administration would not respond in any way to such calls from congressmen.

“The White House views these initiatives as a kind of political circus or theater,” the expert said.

However, Dudakov does not exclude that Washington will in the future increase its pressure on Moscow, but it will not do it the way the Republicans suggest, but slowly, gradually and not in such a harsh manner.

“Now Biden is interested in not pursuing an overly aggressive policy towards Russia, but the situation, of course, can change,” the analyst said.

Rogulev made a similar opinion.

According to him, the overall situation for the development of Russian-American relations is unfavorable.

“It cannot be said that Biden himself is interested in inciting enmity with the Russian Federation.

However, there are many politicians in the US Congress who, for some reason, are extremely hostile against Russia.

Therefore, I would not count on serious positive changes in contacts between Washington and Moscow, ”the expert concluded.