The Blues and Kylian Mbappé will defend their title in Qatar: flamboyant winners of Kazakhstan with a quadruple from the Parisian striker at the Parc des Princes on Saturday (8-0), the French world champions… 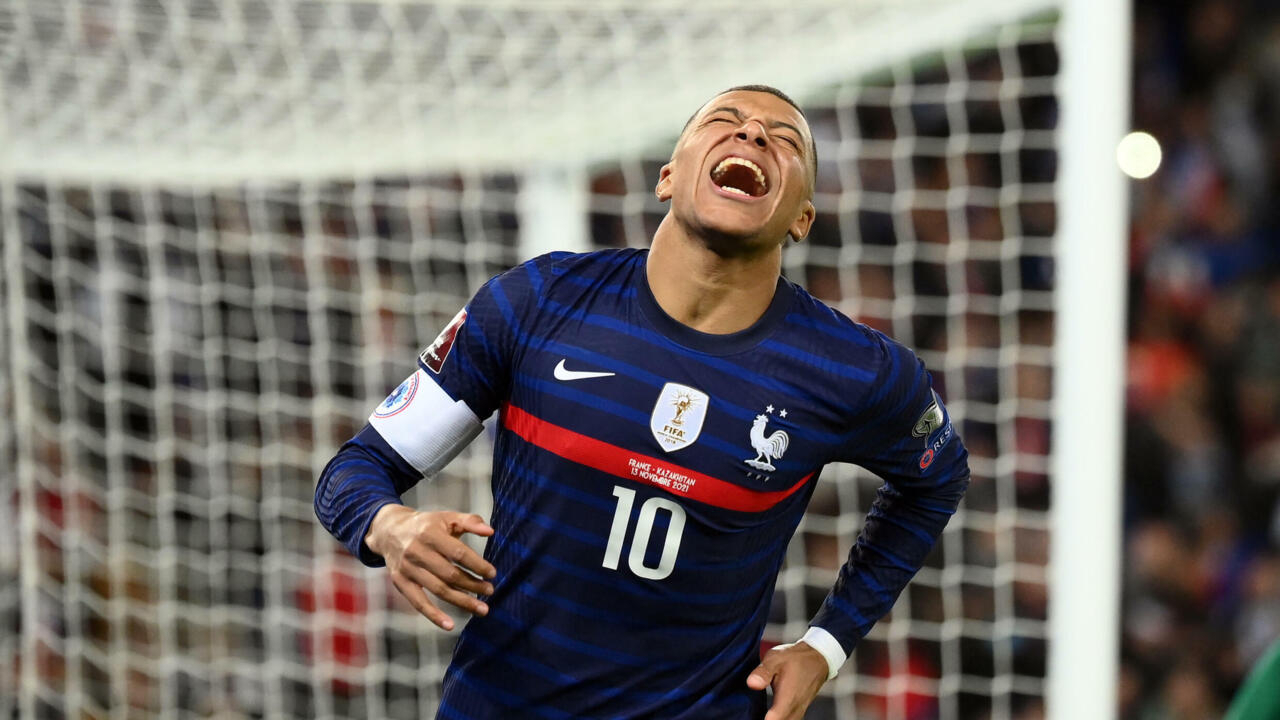 "Kyky" could hardly have made more people happy than on that November evening.

He aroused the ecstasy of the 45,500 spectators of the Parc des Princes, quickly reassured his coach Didier Deschamps, who had asked for vigilance from the start, and also delighted Karim Benzema, double scorer, by delivering him an assist (59th ).

Even the Qatari owners of PSG must have had a satisfied eye on the meeting: the Parisian's quadruplet, registered on the lawn of the club in the capital, European showcase of Doha, had its share of symbols, one year before the World Cup organized in the emirate from November 21 to December 18, 2022.

Twenty-eight years after the last failure of the Blues in the qualifying phase, in this same stadium against Bulgaria (2-1), the France team can measure the progress made.

Since this debacle of 1993, in addition to her two world titles and her European coronation, she has qualified for the 14 major tournaments that followed.

Validating their ticket on the penultimate day has the advantage of offering the Blues peace of mind for the trip on Tuesday (8:45 p.m.) to the second in the group, Finland.

This also confirms the newfound standing of the selection of Didier Deschamps, unbeaten in these qualifiers and who is among the first to qualify for Qatar, after Germany, Brazil and Denmark.

After the title in the League of Nations, this ticket comfortably off the hook gives a little more weight to the thesis of the accident in the eighth of the Euro, these famous "ten minutes of distraction" against Switzerland, advanced by the management as an explanation.

At the Parc des Princes, visited for the first time since 2013 by the Blues due to works in the Ile-de-France transport around the Stade de France, Didier Deschamps even allowed himself a tactical innovation, by entrusting the right lane to Kingsley Coman, preferred to a more defensive side like Benjamin Pavard.

The Bavarian was seen twirling on the right wing and offered two caviars to Mbappé, clinical scorer of the foot (12th) and the head (32nd).

From the 6th minute, it was by combining on the other wing, with Theo Hernandez, that the 22-year-old striker opened the scoring.

An almost identical combination resulted in the first goal of Benzema (55th), new 5th top scorer in the history of the Blues (35 goals).

The joy of striker Karim Benzema, after his goal scored against Kazakhstan, during the qualifiers for the 2022 World Cup in Qatar, November 13, 2021 at the Parc des Princes in Paris FRANCK FIFE AFP

The counters are starting to climb for Mbappé, also a scorer at the end of the match (87th): the Bondynois now has 23 goals in 52 selections, a record of precocity in the tricolor jersey.

The joy of striker Kylian Mbappé, after scoring his 3rd goal against Kazakhstan, on a cross from striker Kingsley Coman, during the 2022 World Cup qualifiers in Qatar, on November 13, 2021 at Parc des Princes in Paris FRANCK FIFE AFP

Warmed up by the first two goals of their protégé, the supporters of the France team were able to pay a moving tribute to the victims of the attacks of November 13, six years to the day after the attacks.

French and Kazakh players observe a minute of silence in tribute to the victims of the attacks of November 13, 2015, before the start of their match counting for the 2022 World Cup qualifiers in Qatar, November 13, 2021 at Parc des Princes in Paris FRANCK FIFE POOL / AFP

A light event was organized and a banner unfurled in the 15th minute of the match, at a time when the first explosions around the Stade de France were heard in 2015, one evening in France-Germany.

A minute of silence was also observed and Antoine Griezmann himself drew a heart under his jersey alongside the date of "13/11/15", unveiled after his goal from the penalty spot (84th), which placed him alone in 3rd top scorer in history ahead of Michel Platini, with 42 goals.

The joy of striker Antoine Griezmann, after scoring on a penalty against Kazakhstan, during the 2022 World Cup qualifiers in Qatar, November 13, 2021 at the Parc des Princes in Paris FRANCK FIFE AFP

The public was served for 90 minutes: enough to forget the absence of injury from Raphaël Varane, Presnel Kimpembe and Paul Pogba, well supplemented by Dayot Upamecano or Adrien Rabiot, finally scorer with the Blues, with the head (75th) .

In Finland on Tuesday for a match without accounting stake, substitutes will undoubtedly have the opportunity to show themselves.

With Qatar in the viewfinder and the ticket in my pocket.