The United States and five European countries in the UN Security Council condemn Belarus' actions in the migrant crisis on the Polish-Belarusian border. 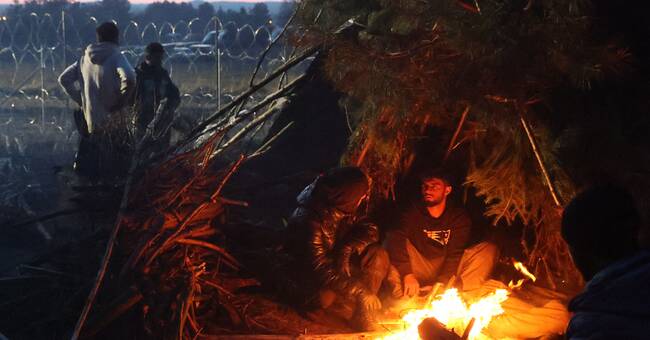 More than 2,000 migrants are stranded in Belarus on the border with Poland.

Several EU countries openly accuse Lukashenko of flying people from the Middle East, among others, to enter the EU, and Poland accuses Belarus of "state terrorism".

The five European countries from the UN Security Council write in a joint statement that the regime of Belarusian President Alexander Lukashenko has become a threat to regional stability.

The countries call on Belarus to "stop these inhumane acts and not endanger people's lives".

Estonia, France and Ireland on Wednesday summoned the 15 member states to a meeting behind closed doors.

The countries have not agreed on a joint statement, instead the three countries, together with Norway, the United Kingdom and the United States, condemn "the orchestrated use of people whose lives and well-being are endangered by Belarus' political motives".

The countries write that Belarus's goal is to increase instability in neighboring countries and at the EU border in order to shift the focus from the country's own violations of human rights.

"The tactics are unacceptable and require a strong international response and cooperation to hold Belarus accountable," they wrote.

The statement does not mention Russia, the only European country in the Security Council that is not behind the condemnation and before the meeting opposed all accusations that the country is cooperating with Belarus to send migrants to the Polish border.

"We have our commitment"

Russia's UN envoy Dmitry Polyansky denies that Russia and Belarus jointly send migrants to the Polish border, saying that the Russian bombers that flew over Belarus on Thursday were only a response to "a massive" escalation on the part of Poland.

- We have our commitment to Belarus.

So if military resources are concentrated at the border, we must react.

It's just about surveillance flights, nothing else, he says.