History, contested by the candidates in the name of the political struggle

The official or presumed presidential candidates multiply the references to the history of France, at the risk of distorting it or making it lie, in the name of political combat. 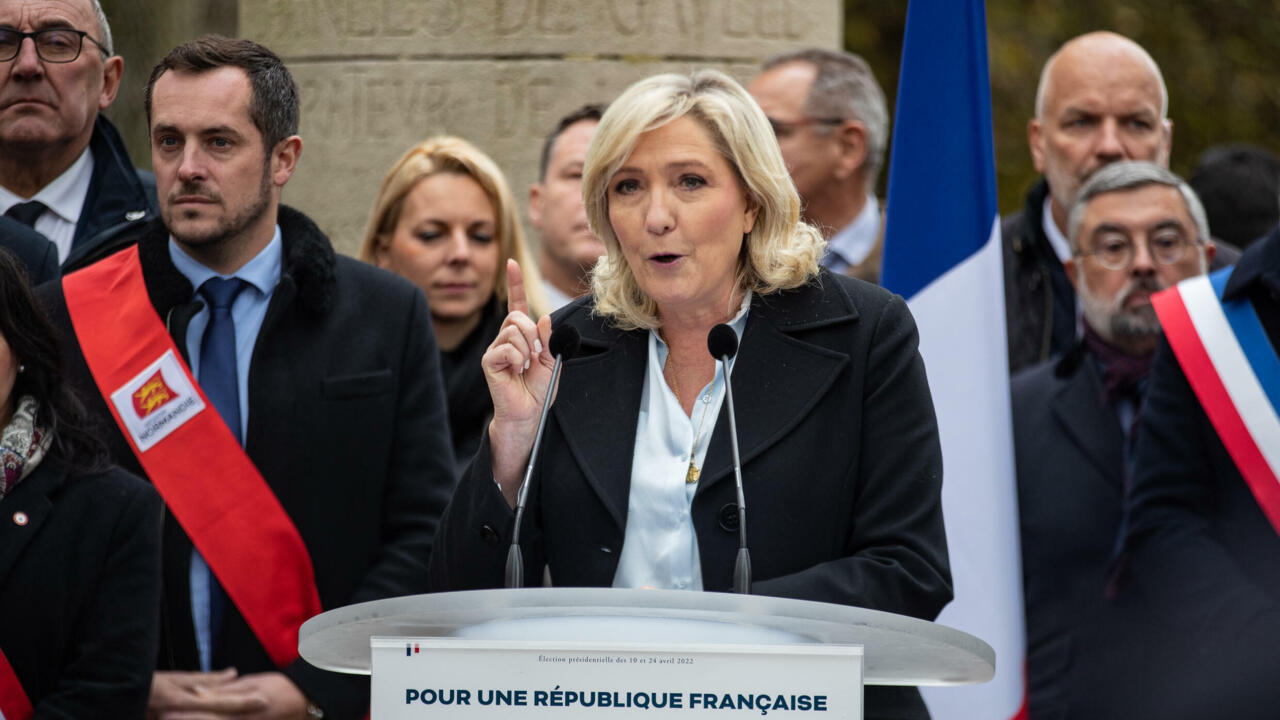 Marine Le Pen blasted Thursday, commemorating the armistice of November 11, 1918, the "crude manipulations which seek to divert the history of France from the glory and honor that it has always followed".

She considered that the First World War was certainly a "tragedy" but first of all a "victory", and wished that the Catholic General Edouard de Castelnau be promoted Marshal of France, while she is competed in the polls by the polemicist Eric Zemmour, who takes votes from conservative Catholics.

For the candidate of the National Rally, this military leader of the Great War was removed in 1921 from the title of marshal "for basely political reasons, because he was fervent Catholic" and "ardent patriot".

"Some seek to + deconstruct + our homeland to describe a past that is unlike what we are and what we have lived", she lamented to Emmanuel Macron, whose "repentance with repetition" in his memorial work, in particular on the war in Algeria.

"Still others are drowning in a past so controversial that it brutalizes and divides," continued the far-right official, in an allusion to her rival Eric Zemmour, who claims that Marshal Pétain saved Jews or doubts of the innocence of Captain Dreyfus.

Eric Zemmour during a speech, October 16, 2021 in Béziers, in the south of France Christophe SIMON AFP / Archives

In fact, admits the politician, "National history, that which is taught or erased, celebrated or denigrated, depends on our political choices".

Eric Zemmour goes further and considers that History is "a political weapon", which must be "wrested" from historians.

"History, snatched willingly or by force from professional historians, is in the process of (re) becoming the political weapon it was on the eve of the Revolution", wrote the polemicist who presents himself as reactionary, in 2013 in Le Figaro.

The editorialist deplored a "deconstruction of the national novel" and "the development of an official history without our ancestors the Gauls or chronology".

For the historian Nicolas Offenstadt, it is an "instrumentalisation of History" under the pretext that "the French would no longer have any benchmarks" and that they must "give them back the most elementary national novel for them. reassure, "he said Thursday on France Inter.

Eric Zemmour is denied by all historians when he argues that Pétain saved Jews, or that he explains that the 1917 mutinies were not due to the horror of the trenches but to the fact that the soldiers would have been robbed of victory. from the Chemin des Dames.

"If Eric Zemmour had a new thesis, he would have to argue it, but there is no document that is given", underlines Mr. Offenstadt.

Distinguishing oneself from the consensus of historians is also "to be non-conformist", "to position oneself as someone who is not fooled by the institution, by the system", explains historian Pascal Ory.

The leader of rebellious France Jean-Luc Mélenchon also justified his debate against Eric Zemmour at the end of September by History, eager not to let his adversary "appropriate the History of France" because "his story does not does not exist".

At the start of their televised game, Eric Zemmour explained that they both loved history and "put the political debate on (this) perspective".

President Emmanuel Macron had sparked debate among historians when he warned on November 11, 2018 against a return of nationalism in the 1930s.

The parallel was considered valid in the eyes of the historian Pascal Blanchard because of an "exhaustion of traditional political parties" and a "fear of identity" common to both periods.

Gilles Vergnon, historian at the IEP in Lyon, deplored this "almost obsessive reference" to the 1930s when the point of comparison could also be the great depression of 1880-90 and the populism of General Boulanger.

However, the commemorations remain an "excellent democratic and civic moment", pleads Mr. Offenstadt.