They are called "spoiler countries", countries that are accused of slowing down higher ambitions at the UN climate summit. Several sources now point to Russia and Saudi Arabia, among others, among the brake pads in Glasgow. 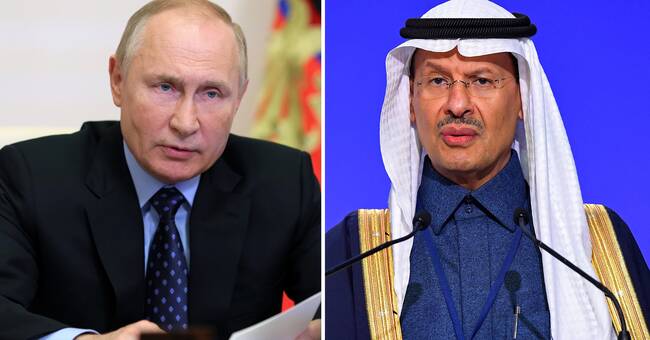 It was a historic event when the words about phasing out coal power and ending fossil fuels were included in the first draft of the final document presented on Wednesday.

During the 25 climate meetings previously held, this has never been explicitly stated.

But in the new draft that came today, the wording on phasing out coal and subsidies for fossil fuels is already more diluted compared to the first draft.

According to Mary Robertson, Ireland's former president who is present as an observer at the meeting, it is the oil nations Russia and Saudi Arabia that are behind the demand for weaker wording.

Sweden's Minister of the Environment and Climate Per Bolund (MP) tells SVT that Saudi Arabia is one of several countries that has slowed down the possibility of including tough formulations about fossil fuels in the final documents.

Several Russian representatives with whom SVT's team in Glasgow spoke also confirm their own country's criticism of sharp formulations about fossil fuels.

A man in the Russian negotiating delegation, who demands anonymity, rejects the wording that coal and fossil subsidies should be phased out.

- It is not a balanced approach.

You can not point out a certain energy source as bad, he says.

A senior representative from the Russian fossil fuel industry that SVT meets, first says that renewable energy can be good, and that fossil fuels in the long term may be phased out, but that it is a long way to go.

SVT has unsuccessfully tried to get official comments from both the Russian and Saudi delegations.

Brazilian President Jair Bolsonaro is skipping the climate summit in Glasgow in favor of a trip to Italian Anguillara Veneta, where he was named an honorary citizen.