Doubts and contradictions in the case of Manel Monteagudo: "He was in a coma, but sporadically left home"

The headline read something like: "The Man Who Awakened in the Future." And it continued: &amp; quot; Manel went into a coma in 1979 due to an accident and woke up 35 years later &amp; quot; ... 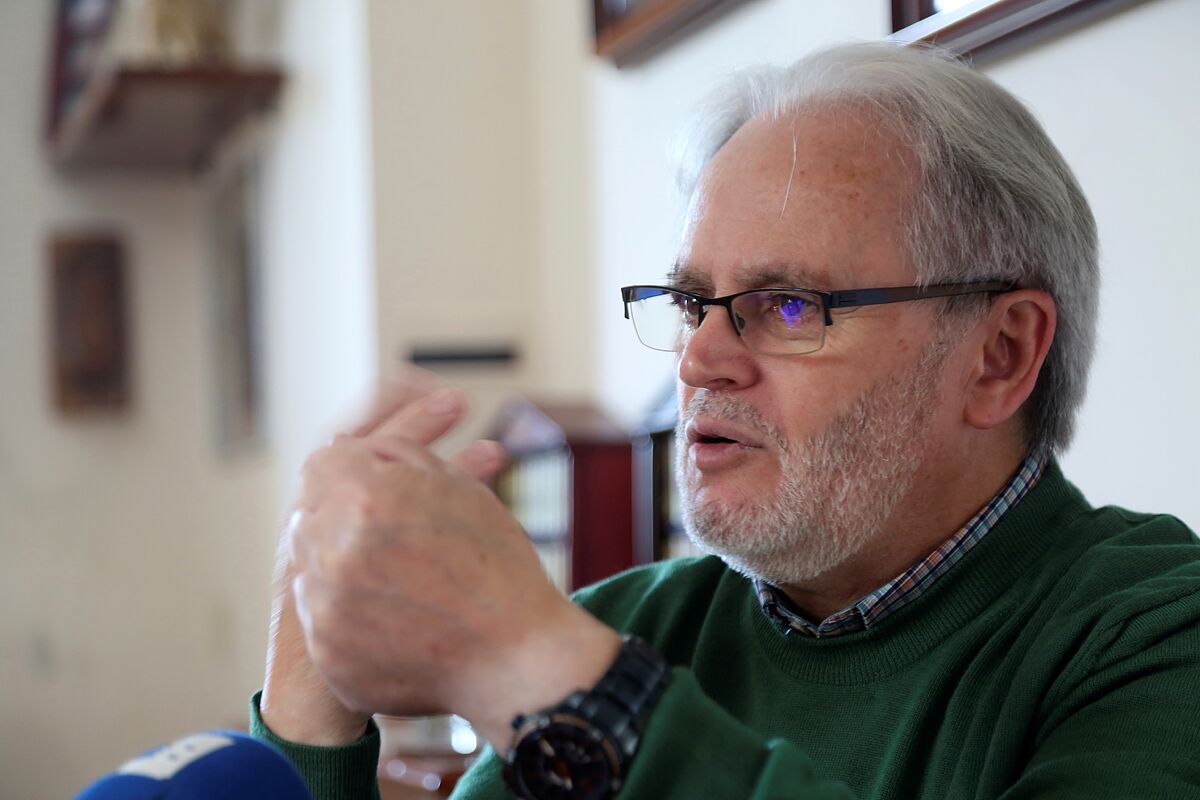 The headline read something like: "The man who woke up in the future."

And it continued: "Manel went into a coma in 1979 due to an accident and woke up 35 years later."

Manel Monteagudo himself, a 65-year-old writer who claimed to have been in a coma for no more and no less than 35 years,

And his "incredible story" soon became viral on social networks and was replicated by almost all the media in the country.

So did THE WORLD.

That same Tuesday, this newspaper published a news item on its website that reproduced the story that Manel told in statements to TVE.

The next day, he shared on his social networks some images of the Efe agency that already accumulate millions of reproductions.

Actually, it was not a new story.

Last Sunday, the Nius newspaper had already recounted "Manel's rebirth after spending 35 years in a coma." And, diving into the newspaper library, it is found that almost two years ago

already reported the "literary awakening of a Noiés who spent 35 years in a vegetative state." However, it was not until this week that his extraordinary tale has gone around the world ...

And when, inevitably, it has generated a barrage of suspicions.

To clarify what happened, this newspaper has consulted with experts in neurology, as well as sources from his personal circle and the hospital that treated him. The conclusion is compelling:

. Yesterday, despite the insistent calls from EL MUNDO, the alleged 'resurrected' did not agree to clarify them.

Let's start with his testimony: Manel Monteagudo, the pseudonym of José Manuel Castro Blanco, began working as a sailor at the age of 14. First in southern Africa and later in the Spanish Merchant Navy. With 17, always according to his story, he moved to Germany in search of better economic conditions and enlisted in a German merchant that left Bremen. Sailing off Basra in Iraq,

Manel plunged from a height of twenty feet, hit his head hard and fell into a coma.

He was admitted to a hospital in Iraq, then he spent a few years in a medical center in A Coruña and finally he was transferred to his home

, where Conchi, his then-girlfriend and current wife, took care of him.

Manel maintains that he did not open his eyes again until October 15, 2014. "My first impression is that he had had the accident the day before, that he was in a hospital, but in Basra," he said.

"At no time was I aware that I was in Spain, I thought it was the day after the accident."

Doing a quick Google search it is easy to find that the person who managed to wake up after being in a coma for the longest time was, at least so far, Munira Abdulla, a woman from the United Arab Emirates who survived in that state for 27 years after suffering a serious illness. traffic accident.

"Of course, it sounds weird, very weird. I am not saying that your case is impossible, but it is extremely difficult to understand.

Manel Monteagudo was, according to her account, eight years more than her, she woke up seven years ago and, however, her case has never appeared in any medical study.

The only Spanish hospital in which he was allegedly admitted was the A Coruña Model Hospital. The center cannot confirm or deny whether this was the case or not, due to the data protection law, although sources at the center do admit that the story that the patient has told in the media "smells awful."

Can someone wake up from a coma after 35 years and have a life seemingly as normal as the one Manel Monteagudo has today? "Of course, it sounds weird, very weird," says clinical neurologist Ayoze González. "I am not saying that his case is impossible, but it is extremely difficult to understand. If he had been in a vegetative state, as has been said, the probability that he would recover 35 years later is almost non-existent. And if he has been in a coma, that It is something else, it would be necessary to analyze exactly the causes of this state, but I would leave with atrophied muscles and with many problems to recover functions.

I, of course, I have never seen or read a similar case. Medically it is very unlikely

Manel not only "woke up" after 35 years, but during that time he married and had two daughters.

In addition, since he came out of the coma he has written several books and moves perfectly.

Four years had passed since the accident and Manel, therefore, was "asleep" when he said yes to Conchi.

His two daughters, as he also explained to the Efe agency, are today 37 and 26 years old.

"Out of respect for my wife, I can't talk about that issue," is all that Manel told the media.

How is it possible? Neither Conchi nor her daughters nor anyone in the family have confirmed the story. The closest thing to an explanation is provided to EL MUNDO by

, president of the Terra de Outes Cultural Association, in A Coruña, a center that has organized the presentation of some of the books that Manel has written in recent years. The writer and Xoán have been friends since their youth, "since before the accident." "Manel has been in a vegetative state for many years, but he had brief moments of lucidity. Sometimes he woke up for a few hours, sometimes several days, and then he returned to his comatose state," says Mariño.

But did you ever see him in that state? I knew him before the accident. He showed me pictures of him on board. I know that he hit his head hard, he was hospitalized for several months in A Coruña and then the girlfriend he had at the time, who was a nurse, took care of him. In one of those moments of lucidity that he had they got married. And the two daughters? I already told you that for brief periods of time he woke up. Then he was still asleep with his eyes open. Sometimes he would get up and regain consciousness. And did he ever coincide with him? I never visited him in Vigo, but once, 18 or 20 years ago, he stopped by the Association and told me about the accident. He had married and had two girls. So you left the house during a coma? But he couldn't walk alone because at any moment he would collapse, but he says he was in a coma for 35 years ...35 in a row no. It took him that long to fully regain consciousness. But he wasn't in a coma all the time.

According to the Galician Language Writers Association (AELG), Manel Monteagudo has published four books of poetry, the first just a few months after waking up from his supposed coma.

, was published in June of this year.

At the Galaxia publishing house, responsible for this latest publication, they assure that his personal story is "just as he tells it."

"He was already a very good reader before the accident and as soon as he woke up he began to read and write again," they say.

In his professional profile from the AELG, the writer himself says that he did not receive medical discharge until October 15, 2014 and that until then and for 35 years he was "practically in a vegetative state".

When he woke up and was told that Spain had won a Soccer World Cup in 2010, Manel said: "But we always stayed in the quarterfinals! Come on now."

And Manel, it is assumed, all this caught him in a coma.