Lee Jae-myung, "There is a greater risk of novice driving mistakes than experienced drunk drivers"

Democratic Party presidential candidate Lee Jae-myung said, "Corruption, deviance, illegality, and crime must be liquidated once and for all." Candidate Lee made this statement at today's discussion session invited by the Kwanhun Club, saying that sutures that cover up corruption and other things should not be rationalized in the name of integration. 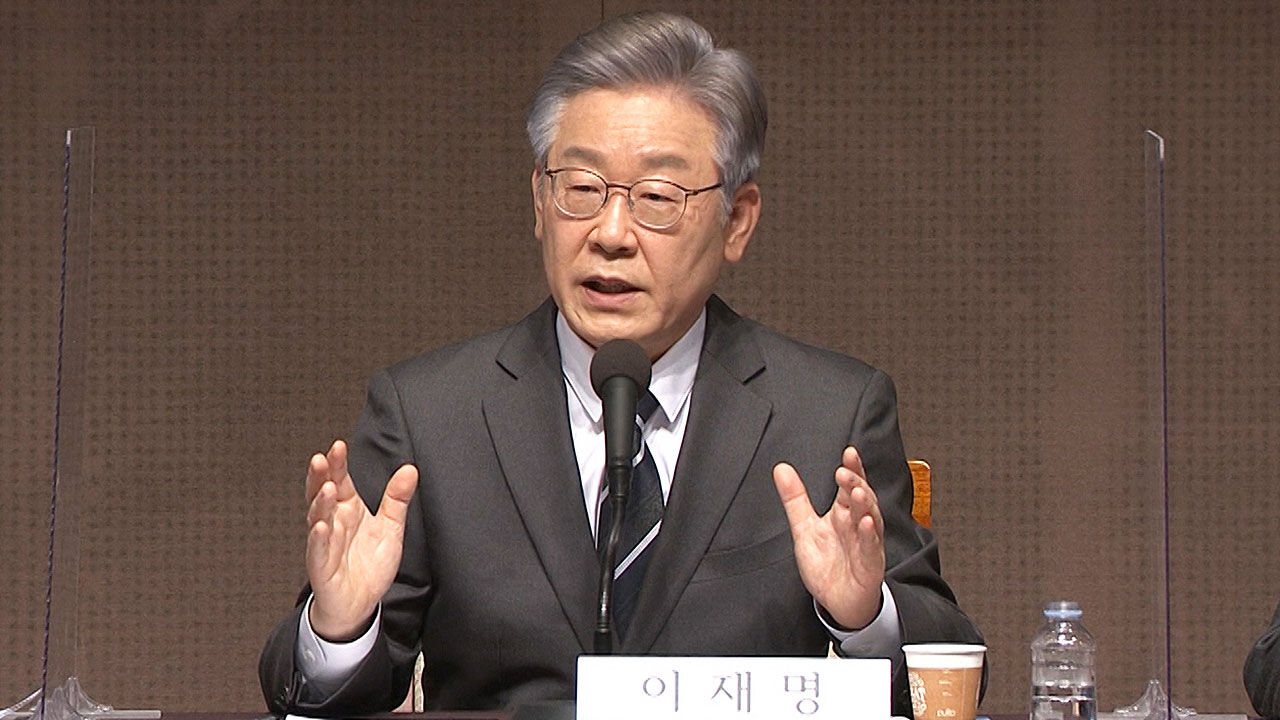 Democratic Party presidential candidate Lee Jae-myung said, "Corruption, deviance, illegality, and crime must be liquidated once and for all."

Candidate Lee made this statement at a discussion forum invited by the Kwanhoon Club today (10th), saying that sutures that blind all corruption and other things should not be rationalized in the name of integration.

Candidate Lee said, "Our society's vested interests have enjoyed special benefits that are different from those of the overwhelming majority of ordinary people." He said, "Even if you violate the laws that everyone else obeys, the rate of probation increases significantly if the amount of embezzlement exceeds 30 billion won. This is the reality."

However, introducing the time when he was first elected as mayor of Seongnam in the past, he said, "I told (official officials) that the work of the previous era would be put aside and that it would pass unless it was a really serious corruption." "He said.

In relation to the National People's Party candidate Ahn Cheol-soo's statement that the presidential contest was a "drunk driver versus a novice driver," Lee said, "I admit my (drunk driving) mistake and apologize." I think it's dangerous," he said.

He continued, "A beginner may be clean, but there is a lot of possibility of making mistakes." He argued, "If you wash the dishes a lot, your experience of breaking plates will inevitably increase. However, it is dangerous to hire a beginner to do it safely."

Regarding this remark, the candidate's side said, "The purpose of the remark is that 'between experienced drunk driving and novice driving experience, those who are more likely to make a mistake are novice driving'. It's not something I do," he explained in an official release.

Previously, at a book concert on the 7th, Candidate Ahn said, "Right now, people are being forced to choose between a drunk driver and a novice driver. I think," he said.