"The importance of advanced development": how Russia is developing new missile defense systems

Defense Minister Sergei Shoigu said that a new missile defense system, the S-550, may appear in the arsenal of the Russian army. Experts suggest that we can talk about the development of a new complex, which will use the design developments accumulated in recent years. So, it is possible that the new system will be equipped with a large number of missiles and will be designed to repel massive air strikes, analysts suggest. 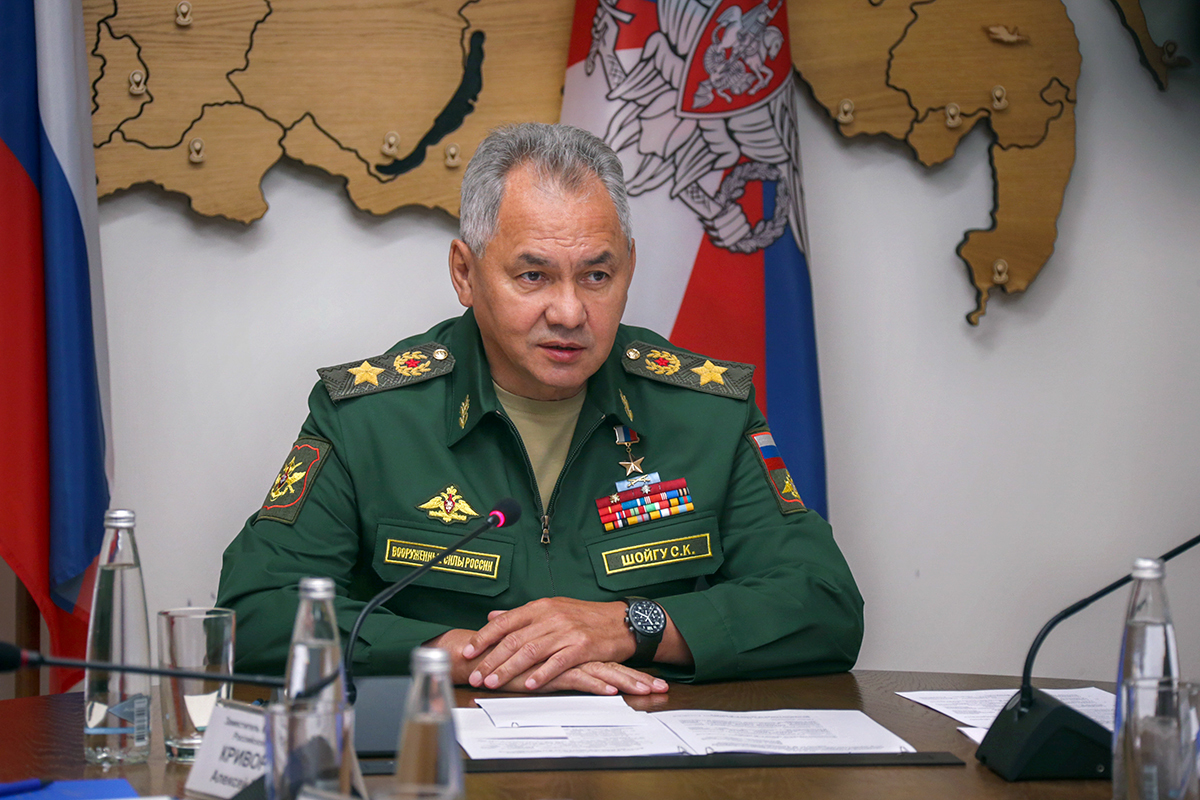 A new missile defense system, the S-550, may appear in service with the Russian army.

Speaking to the leadership of the Russian Armed Forces, Shoigu recalled a series of meetings that President Vladimir Putin held in Sochi in early November with the military command and representatives of the defense industry.

“Measures were considered to adequately respond to changes in the situation near the Russian borders.

Much attention was paid to improving the country's aerospace defense system.

The head of state made a special emphasis on the importance of the advanced development of domestic air defense-missile defense systems, supplies of the S-350, S-500, S-550 systems to the Russian Armed Forces, ”Sergei Shoigu said.

The minister did not provide details.

According to experts, this statement was the first public mention of the S-550 missile defense system.

Recall that the S-500 Prometheus anti-aircraft missile system, which was also mentioned in the speech of the head of the Defense Ministry, has already begun to be supplied to the Russian army.

The production of the S-500 missile defense system started in 2019, the complex is a new generation of air defense systems and is capable of striking all existing and promising air and space attack weapons.

The complex is also capable of shooting down UAVs and enemy aircraft.

As the head of the anti-aircraft missile forces of the Russian Aerospace Forces Sergey Babakov said earlier, the characteristics laid down by the designers in the S-500 will allow the air defense system to hit not only ballistic and aerodynamic targets, but also hypersonic weapons of all modifications.

The range of destruction of the S-500 is up to 600 km, the complex is capable of shooting down targets at an altitude of 200 km.

At the same time, the air defense missile system can form a single information network with other missile defense systems, distributing targets between them in an automatic mode.

As for the third complex, which Sergei Shoigu mentioned - the S-350 Vityaz air defense system, its creation began back in the 1990s due to the need to replace certain modifications of the S-300 complexes.

The first working prototype of the anti-aircraft system was shown to the public in 2013 at the Obukhovsky plant in St. Petersburg.

State tests of the S-350 missile defense system were completed in the summer of 2019, after which the Ministry of Defense signed a contract for the supply of new army systems.

According to experts, the S-550 missile defense, which Sergei Shoigu mentioned in his speech, is unlikely to become a continuation of the still Soviet project of the same name, which was developed in the 1980s.

Then it was about creating a mobile short-range missile defense system capable of hitting ballistic missiles.

Work on the complex began in 1981 on the basis of the Almaz Central Design Bureau together with the Novator Design Bureau.

Already in 1985, the production of missile defense components was started, tests of the S-550 were planned to begin in 1990.

To comply with the agreement signed by the USSR and the United States in 1972 on the limitation of anti-missile defense systems, it was planned to test a stationary version of the ABM.

However, it did not come to the implementation of these plans - in 1988 the project was curtailed.

According to a military expert, retired colonel Viktor Litovkin, modern missile defense systems, although they continue the technical traditions laid down in the last century, have already gone very far from their predecessors.

Therefore, it is not worth drawing parallels between the Soviet S-550 project and modern developments, the expert noted in a commentary on RT.

“In the era when the first S-550 was created, there were no such materials as exist today, there were no radar stations that detect targets at great distances.

Over the decades, tremendous progress has been made not only in the creation of rocket launchers, but also in metallurgy and materials science.

It is not yet known what the S-550 complex, announced by the Minister of Defense, will be, but a parallel can be drawn with the development of the S-300 complex in the form of the S-350 air defense system, Litovkin noted.

“The S-300 and S-350 differ in that the launcher of the new complex has twice as many guiding missiles.

The S-500 missile defense missiles can work in space, but do not forget that the system is also designed to work on aviation, hypersonic targets - the operator can choose a missile based on which target needs to be hit.

I think that the S-550 complex will have different missiles on the launcher, ”the expert added.

In an interview with RT, he explained that during the development of the S-500 missile defense system, additional design ideas and technologies could arise - most likely, they will now be implemented in the new S-550 system.

“Of course, now there is no information about the S-550, but it can be assumed that the ammunition capacity of this complex will be increased at least several times, for example, compared to the S-400 air defense system.

Most likely, this complex will be used to repel a massive strike by air attack means - bombers, air and ground-based cruise missiles.

I can assume that the new air defense system will specialize precisely in repelling massive air attacks, ”the expert said.

Note that the predecessor of the S-500 air defense missile system, the S-400 Triumph complex, took up combat duty in 2007.

The system is designed to destroy any air targets in conditions of intense fire and electronic warfare.

The range of destruction of the air defense missile system is for aerodynamic targets up to 250 km, for tactical ballistic targets - up to 60 km, the complex can shoot down targets at an altitude of 27 km.

S-400 "Triumph" attracts the interest of foreign buyers - the earlier acquisition of a batch of air defense systems by Turkey caused serious contradictions between Ankara and Washington.

Recall that the contract for the supply of the first batch of S-400s to the Turkish side was signed by Russia and Turkey in 2017.

In 2020, the parties entered into an agreement on the continuation of supplies.

According to experts, an important advantage of the Russian missile defense system is its versatility compared, for example, with American counterparts.

“The versatility lies in the fact that our missile defense system can work on any targets, and also launch missiles straight up.

For comparison, American complexes start at an angle, and in order to cover the entire circumference, several launchers need to be deployed in a circle.

It is more expensive and less effective, ”said Viktor Litovkin.

The expert added that this does not replace the need for Russia to constantly expand the arsenal of domestic missile defense systems.

The creation of the new C-550 system could be part of this strategy.

“New complexes are being created because at the same time the means of attack are developing - aviation, ballistic missiles.

And so that we are ready to intercept any missile, we need new systems, ”the expert summed up.