"Carried out the collection and transmission of information constituting a state secret": a resident of Yalta was arrested for espionage in the interests of the SBU

The FSB of Russia announced the arrest of a resident of Yalta for carrying out espionage activities in the interests of the Security Service of Ukraine. A criminal case was initiated against him under the article "High treason in the form of espionage." He faces up to 20 years in prison. The Yalta City Court detained him for two months. According to media reports, the spy turned out to be a former deputy of the Yalta City Council and ex-mayor of the village of Simeiz, Yuri Lomenko. 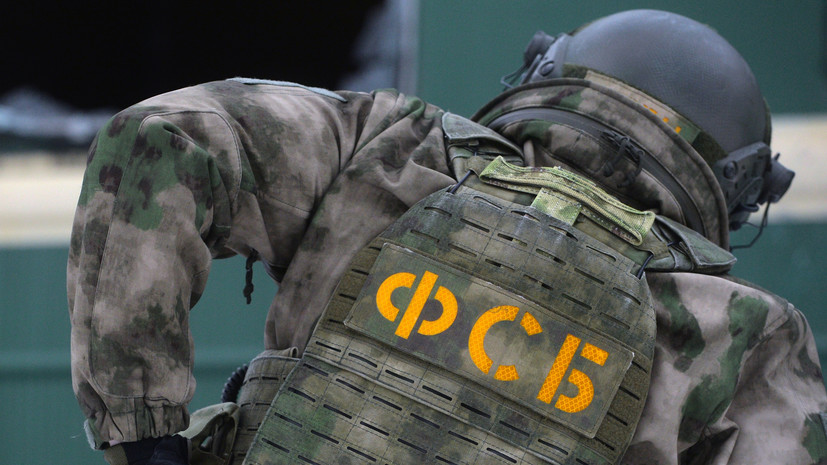 “It has been established that a resident of the city of Yalta in the period from 2017 to 2018, on the instructions of the Ukrainian special service, collected and transmitted information constituting a state secret, including about employees of the federal security service,” the message says.

A criminal case was initiated on the basis of a crime under Art.

275 of the Criminal Code of Russia ("High treason in the form of espionage").

The maximum penalty under this article is 20 years in prison.

As reported by RIA Novosti and TASS, citing sources, we are talking about the former deputy of the Yalta City Council of the second convocation Yuri Lomenko.

In addition, the Yalta City Court chose the detainee as a preventive measure in the form of detention for a period of two months.

On November 8, 2021, the Yalta City Council satisfied the application of Lomenko, who himself asked for an early resignation of his own free will from October 25, 2021.

He was elected in a single-mandate constituency from the United Russia party.

According to a RIA Novosti source, in 2013, Yuri Lomenko was elected mayor of the village of Simeiz after his predecessor, Kirill Kostenko, was killed by a hitman.

The agency "Kryminform", citing data from the Unified State Register of Legal Entities, reported that in May 2017, Lomenko registered at the address of the food market in Simeiz the Crimean regional public organization of the national-cultural autonomy "Ukrainians of Crimea".

It was liquidated in October 2021.

As Dmitry Belik, a member of the State Duma Committee on International Affairs, noted, since 2014, the territory of Crimea has been of increased interest among representatives of foreign states, especially Ukraine, which takes revenge on the inhabitants of this Russian region.

“Therefore, official Kiev is engaged not only in espionage, the Ukrainian special services do not hesitate even to attempts to carry out sabotage on the territory of Crimea.

Of course, in these conditions, Russia acts strictly within the framework of its own national interests, first of all, it protects its citizens and cares about our security.

The actions of the Ukrainian leadership towards our country are based on the position of aggression and accusations.

Unfortunately, nothing new, but this is the choice of the neighboring state.

I want to thank our special services for their work and peace on the peninsula, ”Belik said.

Cases of espionage in favor of Ukraine

Since the beginning of 2021, several cases of detention of agents of the Ukrainian special services have been recorded in Russia.

In March, FSB officers detained in Crimea a citizen of the Russian Federation Vladislav Esipenko, who was engaged in intelligence and subversive activities.

A criminal case was opened against him.

Later, the man said that he also worked for one of the projects funded by Washington, "Radio Liberty" *.

In the same month, a resident of Sevastopol born in 1955, who was detained back in November 2019, was found guilty of treason for transferring secret information to the intelligence of Ukraine.

She was sentenced to 12 years of imprisonment in a general regime colony with restriction of freedom for one year.

In mid-April, the Consul of Ukraine Alexander Sosonyuk was detained in St. Petersburg - he tried to obtain information of a classified nature during a meeting with a citizen of the Russian Federation.

The FSB noted that Sosonyuk's activities were hostile towards Russia and were incompatible with the status of a diplomatic worker.

According to the diplomat himself, he was interested in various databases, in particular, information on registration numbers of cars, on criminal cases and on registration.

In the same month, a Russian was detained in Sevastopol, who purposefully collected and transmitted to Kiev information constituting a state secret about the activities of the Black Sea Fleet, the leakage of which abroad could damage the state's defense capability.

In early June, Russian FSB officers detained Aleksey Semenyaka, who worked in the interests of the Ukrainian special services.

His actions were coordinated by the heads of one of the departments of the Ukrainian counterintelligence, while he did not manage to damage the security of Russia.

His presence in the country was deemed undesirable.

He was expelled from the territory of the Russian Federation and was banned from entering for a period of 25 years.

At the end of June, the FSB reported the arrest of a resident of Simferopol, who for a long time received, on the instructions of the special services of Ukraine, information about flights of aviation of the Aerospace Forces and the Russian Navy over the territory of Crimea and the Black Sea.

The information contained relevant military data and posed a threat to the security of the Russian Federation.

In August in Tula, an agent of the special services of Ukraine was detained red-handed.

He searched for employees of Russian defense enterprises from among the secret carriers.

Its goals were recruiting the Russians and obtaining from them legally protected information about promising developments in the field of small arms.

* Media recognized as a foreign agent by the decision of the Ministry of Justice of the Russian Federation dated 05.12.2017.