The guardian of the Las Ventas pads: "Franco's was bigger and fluffier"

Michael Gore is a cameraman for Reuters. The warehouse opens under line 6 of Las Ventas. Six thousand pads are stacked in metal cages. He is 47 years old. It's the third... 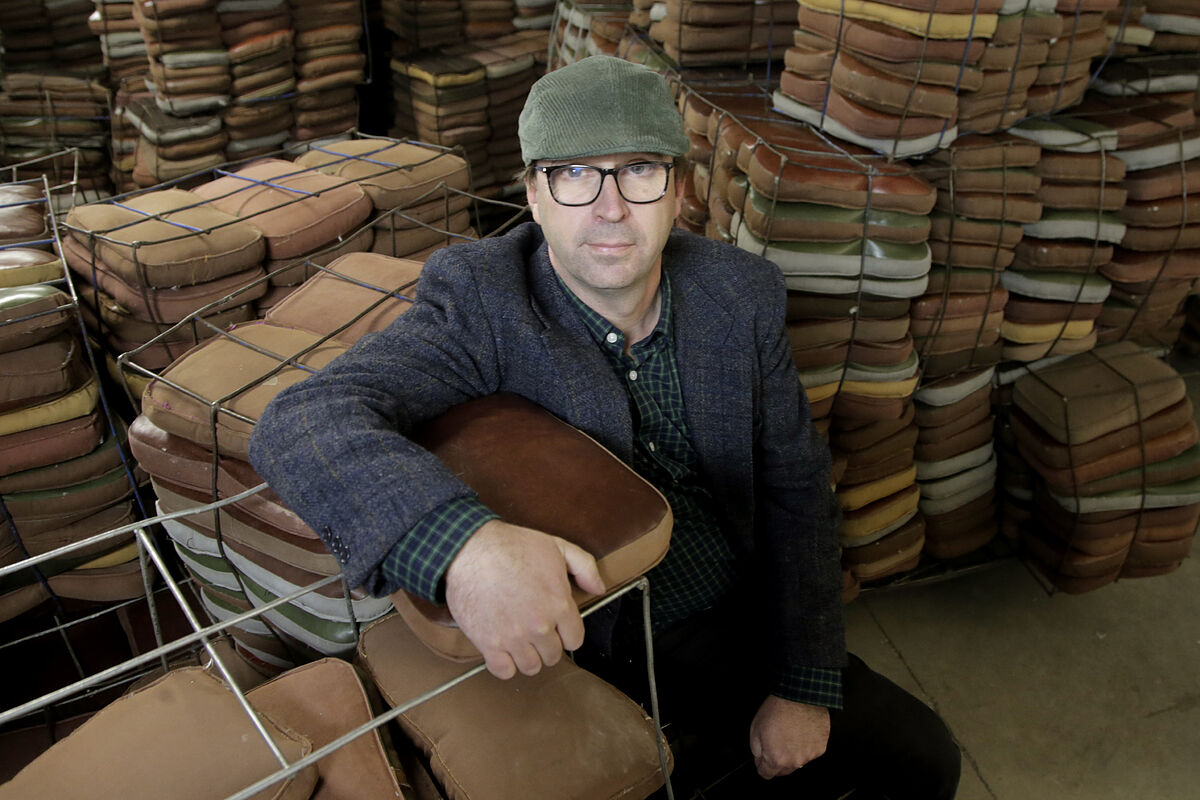 Michael Gore is a cameraman for Reuters.

The warehouse opens under line 6 of Las Ventas.

It is the third generation in charge of managing the rental of the sky and feather lines that soften the stone of the bullring.

The fabric bricks used as ammunition against bullfighters.

-The day that Curro Romero came out escorted, we put people out of the square because the fans were shooting from the balconies.

Grandpa Francisco founded the business in the 1950s. "My name is

, I think." The lineage is a mixture of Basque origin (Fuenterrabía) from his maternal family and London (Luton) from his paternal one. "My mother worked in a shop in London when she finished teaching. She knew some English. She met my father in Spain, who came to work and never left again. In 1939 my family came to Madrid. Since then we have lived in Atocha ".

He took a course on television camera, lighting and editing at the BBC, "similar to the Spanish FP", and in the 90s he combined his life in England with sporadic trips to Spain.

He helped in the business, "distributed pads", when he was still working in other cities.

"I liked going to La Coruña because of how well it ate. It was a ruin. We didn't earn money but we had great days there."

A foreigner in the bulls

During his training in England, the question arose that has haunted him ever since: what does a foreigner like you do in a business like this? "When I talked about the pads and especially the bulls, they were surprised. It generates curiosity. My cousins, my friends, everyone asked what exactly we do in Spain. I have told my vegan cousin about the life of the bull Bravo and the culture behind it. "

Some English customers asked to enter the bullring in Madrid before the bullfights to see the building when absences resound. The stretchers without injuries, the pens without bulls, the ring without bullfighters. Michael was a tour guide in his language. "I told myself it was time to create the tour." That niche was exploited by others. Michael Gore looks a little disappointed at the opportunity that left. "I always saw it as a good project."

Business languished in the late 1990s. They no longer toured the provinces carrying the pad pots.

"When I was a child, on the days that I didn't have class in England, I would join the entourage. I remember how well we ate in Segovia as well," says Gore, who has English gastronomic shrapnel embedded in his palate.

Only Las Ventas and the bullring of Valladolid remained.

In an office of the warehouse a photograph of him, accompanied by Uceda Leal, one of the last urban bullfighters, hangs on the table where they do the count every afternoon.

It's the one my grandfather used.

We decided to keep it.

In 2014 he began to review, maintain and sustain this legacy.

"It is a business that is not profitable. In Madrid, only in San Isidro. You must complement it."

Together with Fernando, the son of his grandfather's right hand, they maintain the affinity structure that defines the company.

"Our workers love us very much. Anyone who has always been repairing the pads is sick. He is admitted. He is 89 years old. He has no family. We give him a hand."

A wound in Pamplona

He brought the pad that belonged to Franco to the editorial staff of the international news agency.

"My mother keeps it at home. She is bigger and fluffier. They hallucinated."

He takes out his cell phone in the middle of the conversation. Show a photograph taken in Pamplona. It is the curve of Mercaderes con Estafeta. A miura reaches his leg on the fence. "They told me to get there because there was a good plan of the bulls' arrival. The shepherd told me. I didn't pay much attention. They crashed into us, I fell to the ground and nothing happened to me. It's my little battle. two worlds "refers to the camera and the bull.

With the video and the editing of the images he has broken a curse.

"My grandfather smoked some sensational cigars. He did not let the children develop their artistic facets. He was very strict."

But he has made a commitment that he is not able, for now, to resolve.

"One day I have to record the work we do here. Edit it, make a nice report, let people know what is behind the pads. I never find time."