Until January 5, 2022: the court arrested the suspects in the attack on a man with a child in New Moscow

The Shcherbinsky District Court arrested four people accused of assaulting a man with a child in New Moscow. Earlier, the Investigative Committee brought charges against them. The department clarified that on the fact of the incident, a case was opened on attempted murder committed by a group of persons by prior conspiracy against two or more persons, including a minor. 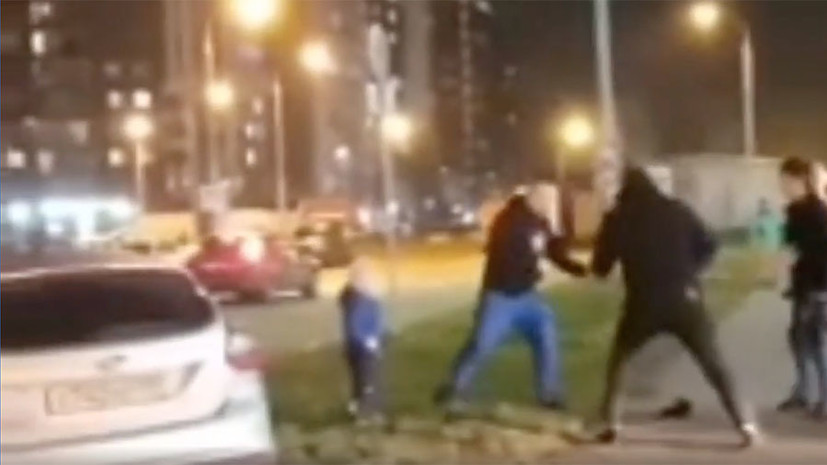 The Shcherbinsky District Court arrested four people accused of assaulting a man with a child in the Novye Vatutinki microdistrict in New Moscow.

"The court granted the request of the investigation and sent into custody the three Hasanov brothers and Araz Musayev for a period until January 5, 2022," the prosecutor's office told TASS.

The department clarified that the defendants are young people aged 17 to 19 years old, they were charged under Part 3 of Art.

105 of the Criminal Code of the Russian Federation (attempted murder committed by a group of persons by prior conspiracy against two or more persons, including a minor).

“As previously reported, in the evening, a group of people, being near residential buildings located on Novovatutinsky Prospekt in New Moscow, attacked two men, one of whom had a small child in his arms, and was beaten.

By their actions, the defendants have created a threat to the life and health of a young child, ”the department stressed.

The Investigative Committee also reported that, as part of the investigation of the case, forensic examinations were appointed, and the characteristics of the detainees are being studied, including their involvement in the commission of other crimes.

Recall that the incident appeared in the media on the morning of November 5.

The video contains a fragment of a conflict, during which a group of people attacked a man with a small child.

According to the prosecutor's office, the child, who was at the scene of the attack, was four years old, he was on the street with his father and his friend.

According to the boy's father, one of the attackers hit the child on the cheek.

The man also stated that one of the participants in the fight had an object that looked like a knife.

According to him, the incident was provoked by one of the attackers, showing aggression towards the child.

“It turned out that he was somehow touched, and deliberately touched, hit on the cheek, respectively, like a father, I reacted to this, tried to protect and defend myself,” he said on the entry published by the Ministry of Internal Affairs.

As an eyewitness to the fight previously reported to RT, during the conflict, the injured man invited the attackers to fight one on one, but the whole group attacked him.

After the incident, the Investigative Committee opened a criminal case under the article on hooliganism (part 2 of article 213 of the Criminal Code of the Russian Federation), however, after information appeared in the media that the attackers had a knife, the head of the Investigative Committee, Alexander Bastrykin, instructed to re-qualify the actions of the detainees for a heavier article - attempted murder.

The lawyer of one of the defendants, Roman Masyutenko, told RIA Novosti that the young people pleaded guilty to hooliganism, but deny involvement in the attempted murder.

The Ministry of Internal Affairs clarified earlier that among the detainees were three Russian citizens and one native of the Near Abroad.

The head of the press service of the Main Directorate of the Ministry of Internal Affairs for Moscow, Vladimir Vasenin, said on the air of the YouTube channel "Solovyov Live" that one of the men arrived in Russia from Azerbaijan.

According to him, the three defendants received Russian citizenship more than nine years ago.

He added that the three detainees had an official place of work in Moscow, they were laborers.

Vasenin also drew attention to the fact that the network of CCTV cameras in the capital helps to identify and suppress such cases of offenses.

“If we talk about the nature of such crimes, they immediately become known to the media, they are very often paid attention to, so it may seem that there are many of them.

In fact, if we analyze the same Troitsky Novomoskovsk district, there is no surge in crime at the moment, ”he said.

On Sunday, November 7, the metropolitan police announced that a check was being carried out after a video footage of the mass brawl in Domodedovo was posted online.

As noted by users of social networks, several dozen people fought on Gagarin Street that night.

The reasons for the conflict were not reported.

“During the monitoring of the Internet and social networks, police officers revealed a video of the conflict with the participation of a group of citizens that took place in the city of Domodedovo.

The course of the check on the fact of the incident was taken under control by the prosecutor's office of the Moscow region.