For Bitcoin lovers..here are the 5 best stocks to invest in the American Stock Exchange

The price of Bitcoin continues to rise and fall, as do a number of companies that have businesses associated with the cryptocurrency. Given the price fluctuations, finding the best stocks from this group can be difficult. 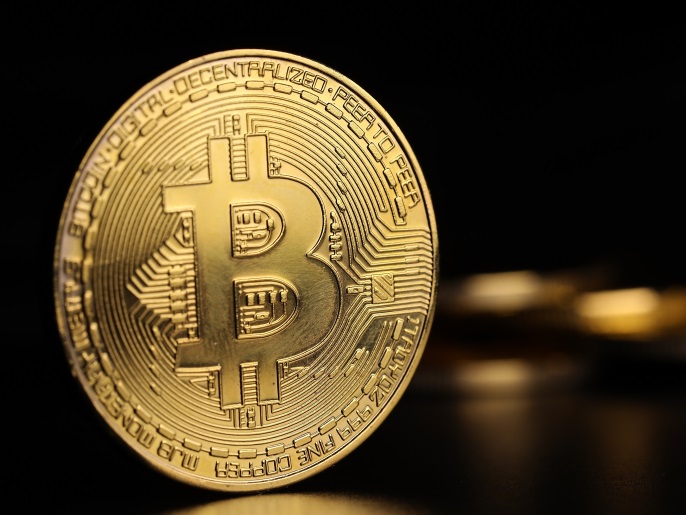 The price of Bitcoin continues to rise and fall, as do a number of Bitcoin stocks - or companies that have crypto-related businesses - and given the price fluctuations in the cryptocurrency world, finding the best stocks among that group can be difficult.

Based on an analysis of the American newspaper "Investors Business Daily", the writer Bill Peters says that the best companies specialized in the field of digital currencies and bitcoin that are recommended to buy its shares or follow their performance is Silvergate Capital Corp. (SI). Coinbase (COIN), Microstrategy (MSTR), Digital Marathon (MARA), and Proshares Bitcoin Strategy (BITO).

But investors should be careful because the value of these stocks is dependent on the price of Bitcoin, which could plummet at any moment, and some of them have a turbulent past in the market.

Other companies such as Robinhood (HOOD) also allow stock purchases.

The price of Bitcoin is currently stabilizing in the range of $ 61 thousand, which is lower than the record recorded last month of $ 66,974, which is double what was recorded at the end of 2020. Bitcoin has achieved this value despite receiving several strikes this year, most notably China’s ban on trading Bitcoin and its sisters, and the decline Tesla announced support for this currency, and fears that the United States will impose tighter restrictions on this sector.

The writer mentions that cheaper cryptocurrencies such as Dogecoin and Shiba Inu are becoming more popular.

But the value of these currencies can rise or fall significantly at any time and without any reason.

However, the industry has made significant progress in terms of trading.

Bitcoin futures trading funds have recently appeared for the first time, and major companies have expressed interest in them.

Its launch contributed to the achievement of the Bitcoin price record.

Soon, other ETFs appeared, such as the ProShares Bitcoin Strategy, followed by the Invesco Alerian Galaxy Crypto Economy and the Volt Crypto Industry Revolution. , which gave investors access to Bitcoin-related companies.

The writer adds that more companies such as "Mastercard" and "Bank of New York Mellon" provide services associated with these digital assets.

Currently, Coinbase is working with Meta Platforms to provide storage and security services by launching an e-wallet that is still in testing.

The author points out that the way that Bitcoin and other digital currencies are used - particularly for investing - reflects a marked change in the goal for which Bitcoin was designed in the first place, which is to be free from the interference of central banks and people can use it to buy goods.

Meanwhile, observers continue to raise concerns about security, market manipulation and short-term efforts to make a quick profit, and question whether cryptocurrencies - and in general Bitcoin stocks - have a place in the mainstream investment market.

Taking further action would hasten bitcoin's adoption, but it could also dampen some of the biggest advances in making it a popular currency.

Not all bitcoin companies are the same.

Some companies active in this field such as MARA and Riot Blockchain specialize in bitcoin mining, while others such as MicroStrategy simply buy bitcoin and give investors a way to trade it.

But the rise of Bitcoin ETFs may make these companies less attractive.

In contrast, bitcoin miners and buyers are directly linked to the bitcoins and cryptocurrencies they own.

Silvergate Capital is known as a "cryptocurrency bank" and operates a trading platform.

Coinbase is a leader in trading bitcoin and other cryptocurrencies and making money from transaction fees.

However, the shares of these companies are still significantly affected by the daily fluctuations in the prices of Bitcoin and other currencies.

This company, which is known by the abbreviation of the American Stock Exchange (SI), provides financial services in the field of digital currencies that help in following the pattern of its trading around the clock, seven days a week.

The share price of this company increased by 21% last Monday.

In addition to the trading services it provides, the company operates a trading network that allows its clients who are bitcoin investors - both individuals and institutions - to send dollars to their other clients' accounts at any time.

The company says that the number of its customers reached 1,350 at the end of the current fiscal quarter, an increase of 7% from what it was on June 30.

After swinging at low levels for months, the price bounced back up in mid-October to continue the same trend.

Coinbase's revenue comes from transaction fees that take place on its platform.

The company has announced that it aspires to expand its business to become like Amazon in the digital asset space.

But putting more of those digital assets on its platform could be more complicated, and embracing less stable currencies poses greater risks to investors.

Microstrategy has been trading bitcoin assets with great incentive, partly because it was the easiest way for regular investors to buy bitcoin, but with more bitcoin companies and the emergence of bitcoin ETFs, this company may lose its appeal.

The company announced last year that it was buying more bitcoin with the intention of making the digital currency the "primary reserve asset for its stock of currency."

At the time, its CEO Michael Saylor stated that bitcoin may offer greater rewards to investors than cash.

Unsurprisingly, Bitcoin has a significant impact on this company's stock.

The writer explains that the company's decision to invest in bitcoin makes it a company specializing in software and bitcoin at the same time.

But the company took a debt to fund and hold the bitcoin purchases which would add a lot of uncertainty to the company’s balance sheet, given the cryptocurrency’s price instability.

In August, the company that specializes in mining, buying and storing bitcoins reported revenue of $29.3 million in the second quarter of the year, a 220% increase over the previous quarter's revenue.

The company was founded in 2010, and before focusing on cryptocurrency it was interested in the discovery of uranium.

Its orientation to the cryptocurrency field has raised many questions, especially about its acquisition of a bitcoin mining company in 2017.

This company, a bitcoin futures ETF, started trading last month and does not have a rating from the Investors Business Daily.

The US Securities and Exchange Commission was hesitant about approving the creation of an ETF directly linked to the price of Bitcoin, which is known for its fluctuations.

But over the summer, commission president Gary Gensler indicated that the agency could be more receptive to requests linked to bitcoin futures ETFs.

However, the authority remains concerned about bitcoin's price volatility, energy consumption, and its exploitation in shady financial activities.