Sweden is in a new wave of infection

Infection rates point upwards again in Sweden, but the rate of spread is much lower than during previous waves. Good vaccine coverage is the reason. - We are quite clearly in a new wave, which is moderated by the vaccine work that has taken place in the resource-rich countries, says the Public Health Agency's state epidemiologist Anders Tegnell at a press conference. 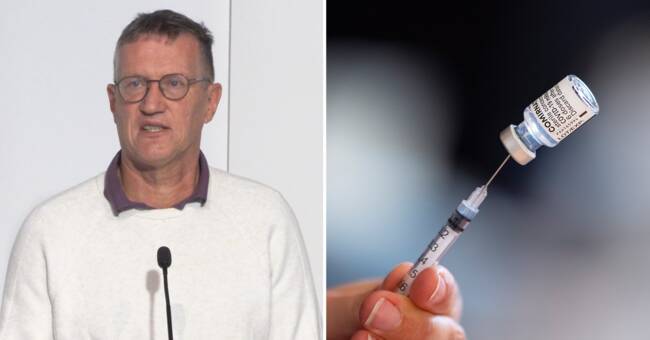 Globally, the spread of infection is also rising, but it is entirely concentrated in Europe.

- But if we look back, it has almost always been so when there are new waves, he continues.

Compared with Europe, however, the development in Sweden is not as dramatic.

- But we must remember that Sweden has been a little behind in all waves, except the first.

This applies to children

Anders Tegnell also takes the opportunity to clarify what applies to children.

He points out that the basic idea still applies that children and young people should be at home in the event of illness or symptoms.

- Healthy children can be in their preschool or school.

It is important for parents to be aware of new symptoms.

We have a fairly large spread of RS virus, which leads to a large healthcare burden, he says.

"The pandemic is not over"

The metropolitan regions have approximately the same rate as other parts of Sweden in terms of the spread of infection, previously the larger regions had an earlier upswing than the rest of the country.

- We do not really see the scenarios yet.

He continues to urge that one follow the recommendations to keep one's distance and not to go to work with symptoms.

- The pandemic is not over, says Tegnell.