Ethiopia: calls for calm multiply in the face of the risk of a rebel assault on Addis Ababa

Diplomatic efforts intensified on Thursday to prevent Ethiopia's capital from being attacked by insurgents in Tigray, now a few hundred kilometers from Addis Ababa. For… 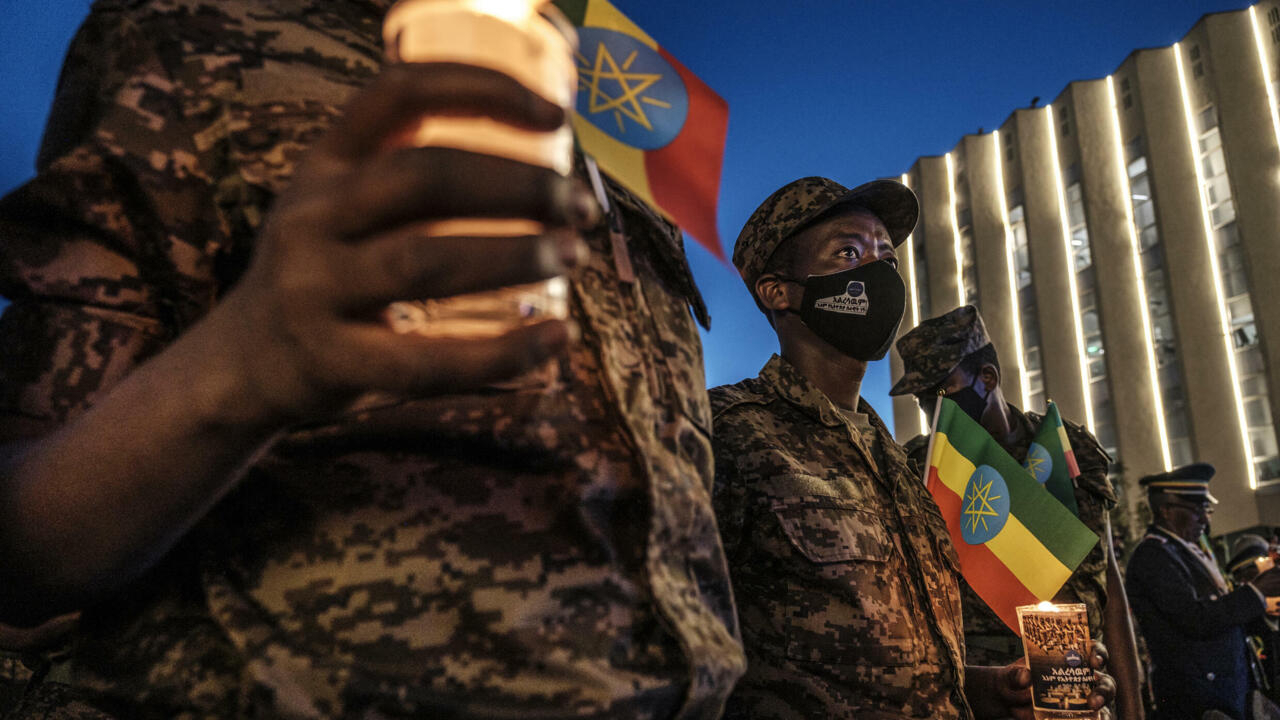 Faced with the advance of the rebels from Tigray, the international community redoubled its efforts and renewed its calls for calm, Thursday, November 4, to try to prevent Addis Ababa from being attacked by the insurgents, now a few hundred kilometers away. of the Ethiopian capital after the debacle of the federal army.

According to the American humanitarian agency USAID, such a march could worsen the already dire humanitarian situation in the country.

One year to the day after the federal army was sent to Tigray, the northernmost region of Ethiopia, the rebels of the Tigray People's Liberation Front (TPLF) are now a few hundred kilometers from Addis -Abeba.

This weekend, they demanded the capture of two strategic cities in the Amhara region, where they advanced after recapturing most of Tigray in June.

On Wednesday, they announced that they had entered Kemissie, 325 kilometers north of the capital.

Faced with this advance, the American envoy for the Horn of Africa, Jeffrey Feltman, arrived in Addis Ababa on Thursday to plead in favor of a suspension of military operations and the opening of discussions on a ceasefire. -fire.

He notably met with the chairman of the African Union commission, Moussa Faki Mahamat.

"Any march towards Addis would cause an increase in displacement (of population), an increase in needs and suffering for the Ethiopian people," a senior official from the US government humanitarian agency USAID warned on Thursday.

"This would certainly increase the need for humanitarian aid, while complicating the ability to deliver it," he added.

The humanitarian situation is already dire in much of the north of the country, the epicenter of the fighting.

The European Union and the Intergovernmental Authority on Development (Igad), which brings together the countries of East Africa, also called for an end to hostilities between government forces and the TPLF.

>>> Ethiopia: possible war crimes in the conflict in Tigray according to the UN

Calls for calm have intensified since Tuesday, when the federal government declared a state of emergency, although it continues to deny losing ground.

The measure was approved by Parliament on Thursday, while authorities in the capital asked residents to organize to defend the city.

This exceptional measure, imposed for six months, allows the mobilization under the flags of any Ethiopian citizen of fighting age.

It also allows the arbitrary arrest and detention of anyone suspected of collaborating with "terrorist groups", a qualification applied to the TPLF since May.

"The fighting must stop," Kenyan President Uhuru Kenyatta insisted in a statement.

United Nations Secretary General Antonio Guterres said he spoke with Abiy Ahmed on Wednesday and offered to create the conditions for a dialogue between Addis Ababa and the insurgents.

The US embassy announced Thursday that it was allowing the voluntary departure of most of its staff and advised against travel to Ethiopia, deeming "further escalation likely" and that "civil unrest and ethnic violence may occur".

The EU renewed its calls for a ceasefire and negotiations, believing that "the recent escalation (...) risks dragging the country further into fragmentation and generalized armed conflicts, and worsen the situation of the population ".

"Blatant" obstruction of the delivery of humanitarian aid

Abiy Ahmed had proclaimed the victory of the federal forces on November 28, 2020, three weeks after sending the army to Tigray to remove the dissident regional authorities from the TPLF, whom he accused of having attacked federal military bases.

But after taking over most of the region, pro-TPLF fighters continued their offensive in neighboring Afar and Amhara regions.

After effectively ruling Ethiopia for almost 30 years, the TPLF was gradually removed from power when Abiy Ahmed became Prime Minister in 2018 and has continued to challenge the authority of the federal government thereafter.

More than 400,000 people are on the verge of famine in Tigray, subject to a "de facto" blockade according to the UN.

The government and the TPLF accuse each other of obstructing the delivery of aid and starving the population.

But the USAID official said Thursday that the government was leading against Tigray "perhaps the most blatant humanitarian obstruction in the world".

"Hardly any fuel, cash, medicine or medical supplies have entered for months, forcing humanitarian (organizations) to cut back or completely stop their programs," he said.

In the past two weeks, no aid has been able to reach Tigray, he said, also highlighting the growing needs in Afar and Amhara, where hundreds of thousands of civilians are fleeing the fighting.

Facebook's parent company Meta said on Wednesday it had deleted a Sunday post from Abiy Ahmed calling on Ethiopians to "bury" the TPLF.

This post was removed "for violating our policies against inciting and supporting violence," a spokesperson said.

A post published on Wednesday in which the Prime Minister, the 2019 Nobel Peace Prize laureate, vows "to bury this enemy with our blood and our bones and to uplift Ethiopia's dignity" is still online.

In September, the US State Department condemned a speech by an adviser to Abiy Ahmed comparing the Tigrayan rebels to the devil and declaring that they should be "the last of their kind".

The armed conflict that broke out on November 3, 2020 has already claimed thousands of lives and more than 2 million displaced.

It also won over two neighboring regions, destabilizing the second most populous country in Africa, until then considered one of the rare poles of stability in the region.