The Director of Traffic and Patrols Department in Ras Al Khaimah Police, Brigadier Ahmed Al Samm Al Naqbi, announced the activation of the technical monitoring system for violating and expired vehicles, whose license and insurance, as of next Sunday. 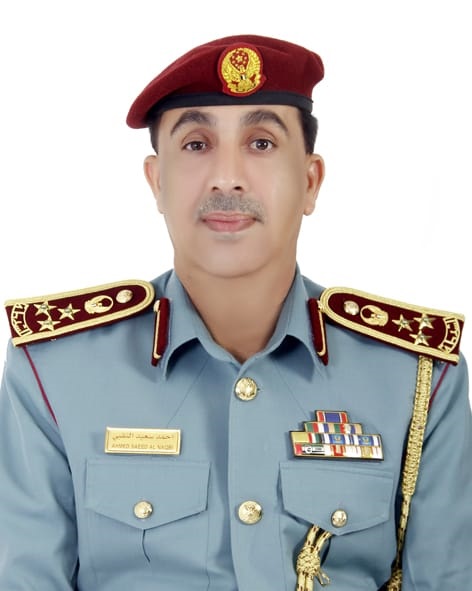 The Director of the Traffic and Patrols Department in Ras Al Khaimah Police, Brigadier Ahmed Al Samm Al Naqbi, announced the activation of the technical monitoring system for violating and expired vehicles, the license and insurance, as of next Sunday. Traffic Federal, amounting to 500 dirhams, in addition to 4 black points on vehicles that do not comply with the law.

In episode 14 of the Watching Eye Program, organized by the Department of Media and Public Relations in Ras Al Khaimah Police, in cooperation with the Government Media Office and the Ras Al Khaimah Broadcasting Authority, he explained the distribution of monitoring cameras in various streets and vital sites at the level of Ras Al Khaimah, which witnesses heavy vehicle traffic to seize the violating vehicles. He pointed out that drivers and vehicle owners must expedite the renewal of expired licenses to prevent violations and legal accountability and the consequent procedures to be signed against the violating vehicles.

The Deputy Director of the Electronic Services and Communications Department, Colonel Omar Muhammad Al-Oud Al-Tunaiji, explained that the cameras for monitoring and controlling violating, expired and insurance vehicles enjoy a high degree of accuracy and quality that exceeds 95% in monitoring passing vehicles, as well as their ability to process and read vehicle number plates dynamically according to the reading system. Digital ANPR, which contributes to the control and monitoring of target vehicles with complete clarity.

He added that the digital reading of vehicle plates does not require central processing, as the available information is sent through a private network to the main server, while the information is subjected to human scrutiny in the last stage to be checked before the final deportation to avoid any errors, pointing to the existence of close cooperation in implementing the security numbered city system with The various government agencies concerned with the Emirate, particularly the e-Government Authority, as well as the General Command of Abu Dhabi Police, which provided all forms of support required within the framework of work under the umbrella of the Ministry of Interior.