The last dip in the bathhouse in Linneryd: "Terribly melancholy"

This weekend was the last opportunity for those who wanted to take an indoor bath in Linneryd. Now the water is drained from the pool in the bathhouse in the resort. The reason: The municipality thinks that it will be too expensive with the bathhouse, which is in great need of maintenance. 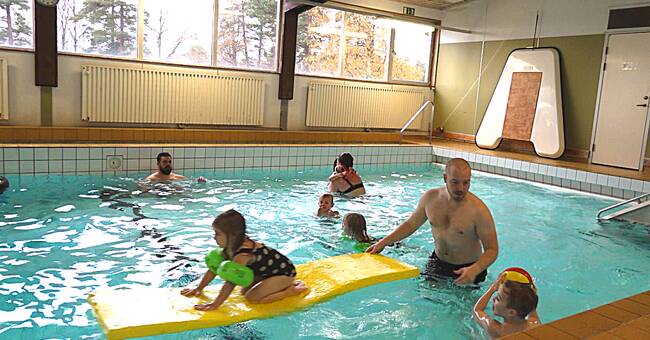 The pool, which will soon be empty of water, is 12.5 times 6 meters large and is from 1966. One of those bathing here is Mikael Torres from Tingsryd who usually goes here with his children instead of going into town.

- It is a bit sad that it will close down, we have been here a few times this year with the family and it is just an alternative to the city, he says.

He is not at all happy about the municipality's decision to close the pool for continued swimming.

We had an open house yesterday and a lot of people came.

The bathhouse in Linneryd has a long history, for 55 years it has been possible to swim here.

The activity is built entirely on voluntary forces and an association with about 40 members who help to keep the bath open two days a week.

- Tuesdays and Fridays we are open and then it can be up to 25 kids in Poland at the same time and parents who sit and have coffee and socialize, and 83-year-old Bengt who sits and solves mathematical problems with 15-year-olds.

This has been a meeting place since 1966, says Jonas Fransson.

But despite the municipality saying no to continued financing of the bathhouse, the association will still keep the premises.

- We plan to hit a floor by the pool and invent new activities, it is only the head that can put a stop to what we want to do.

We can invest in other activities such as spinning bikes, children's activities, yes no matter how much, says Jonas Fransson.