"Mu" and "lambda": cases of two types of coronavirus were revealed in Russia

In Russia, one case of the coronavirus strain "lambda" and three cases with the "mu" variant were detected, the Rospotrebnadzor reported. At the same time, it is emphasized that the delta mutation remains dominant in the country. Deputy Chairman of the Security Council of the Russian Federation Dmitry Medvedev indicated that the country has been in the fifth phase of the COVID-19 pandemic since spring. In turn, the director of the Gamaleya Center Alexander Gintsburg recalled that the Sputnik V vaccination does not cause any side effects. At the same time, a study of the drug in Argentina demonstrated that the domestic vaccine is highly effective in preventing coronavirus disease in people over 60 years old. 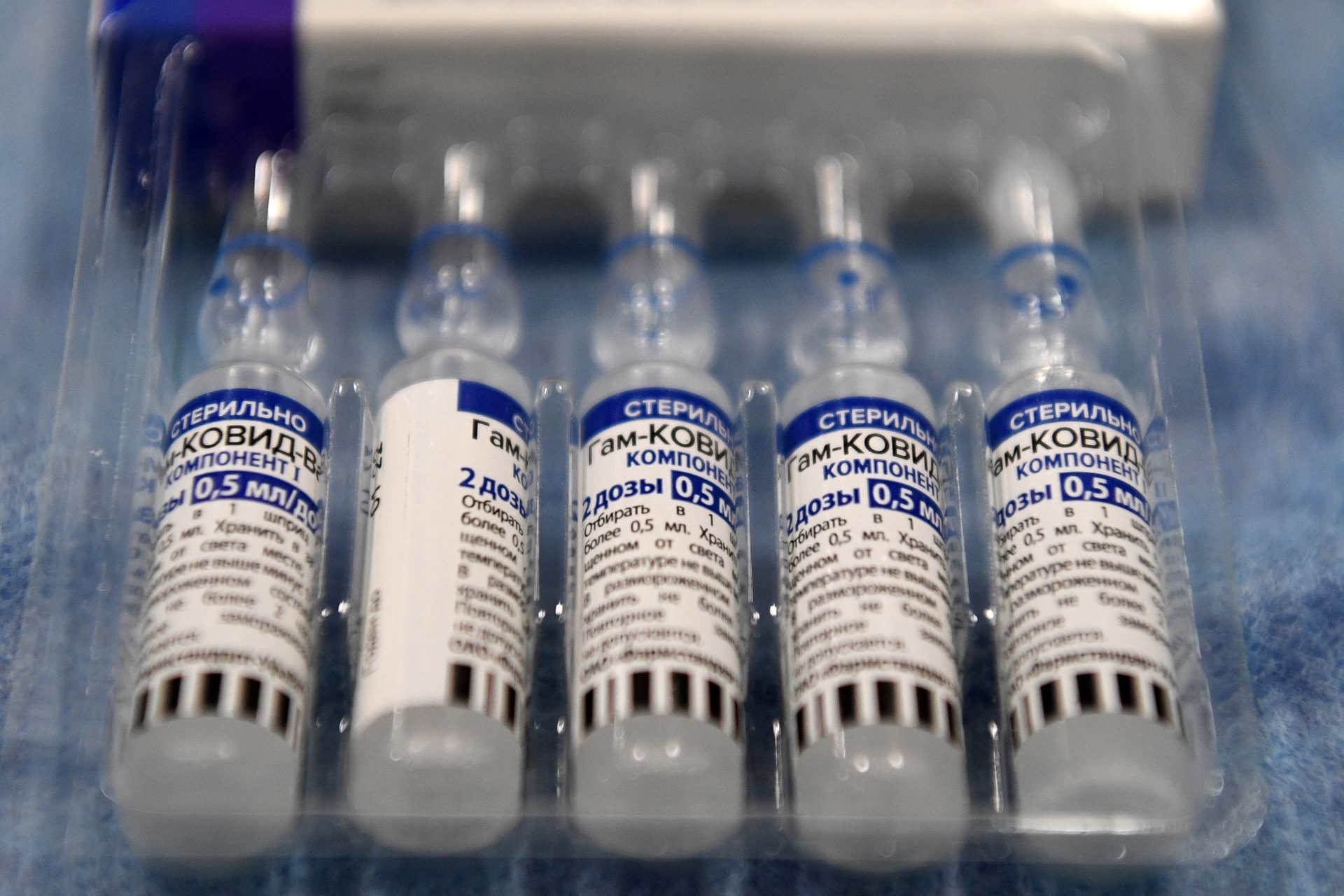 In Russia, 40 402 new cases of coronavirus infection were recorded per day.

At the same time, the day before in the Russian Federation, the maximum rate of new cases of coronavirus per day was registered - 40,993.

Over the past 24 hours, 1,155 deaths have been registered in the country.

In total, 239 693 patients with COVID-19 have died in the Russian Federation.

The largest number of new cases of coronavirus over the past day were registered in Moscow (7103), St. Petersburg (3250) and the Moscow region (2866).

Along with this, the director of the Central Research Institute of Epidemiology of Rospotrebnadzor, Vasily Akimkin, said that so far only three cases of the coronavirus strain "mu" and one with "lambda" have been identified in the Russian Federation, RIA Novosti reports.

According to him, the delta mutation remains dominant.

Russia is in the fifth phase of the COVID-19 pandemic starting in the spring of 2021.

This was stated by the Deputy Chairman of the Security Council of Russia Dmitry Medvedev in his article in the "Rossiyskaya Gazeta".

According to him, there is a rise in the incidence rate, which, given the greater volume of testing, has reached an all-time high.

“At the same time, life in a new reality requires thoughtful, balanced decisions, a long“ trench ”war against the pandemic.

And this struggle should be waged by the common forces of all countries.

Despite all the objective difficulties, and even more so - on someone's political ambitions, "- said Medvedev.

He also noted that in modern Russia, the attitude towards vaccination was formed under the influence of ignorant anti-vaccine propaganda based on contradictory and unreliable facts.

“That is why our country is facing such difficulties in carrying out vaccinations.

And if we do not find ways to convince people that such behavior is irresponsible, even, frankly, antisocial, we will face even more difficult times, ”the former prime minister explained.

At the same time, Medvedev believes that, in general, the situation with COVID-19 in the world will be able to be brought under control in the coming months, but at the same time it is necessary to maintain constant readiness to repel such threats in the future.

“From the states of the whole world, this requires the most serious attention to all systems responsible for the life, health and well-being of citizens.

It is necessary to introduce new technologies and tools in all spheres of the economy and life.

It is necessary to direct maximum efforts and resources to eliminate key points of inequality in society, support the most vulnerable categories of people, create a "safety cushion" in case of emergency, "said the Deputy Chairman of the Russian Security Council.

Meanwhile, the director of the National Research Center for Epidemiology and Microbiology named after N.F.

Gamalei Alexander Gunzburg said that vaccination against COVID-19 "Sputnik V" does not cause any side effects in those who have been revaccinated.

"Now there are absolutely no complaints about side effects," said Gunzburg, answering a question about how people tolerate vaccination with this drug for the third time.

At the same time, according to him, a dose of "Sputnik V" was selected at the Gamaleya Center, which will be effective and safe for the child population.

“For the younger group, Sputnik V has been divorced 10 times already,” he explained on the air of the Russia 1 TV channel.

Earlier, Alexander Gintsburg also indicated that vaccination with "Sputnik V" and subsequent revaccination with a nasal vaccine, presumably, will protect not only from a severe form of coronavirus, but also, in principle, from COVID-19 disease.

Thus, the collective immunity in the country is 46.8%.

Citizens of the Russian Federation can be vaccinated for free with one of the vaccines registered in the country: Sputnik V and Sputnik Light at the Gamaleya Center, EpiVacCorona and EpiVacCorona-N developed by the Novosibirsk Vector Center and KoviVak at the Chumakov Center of the Russian Academy of Sciences.

Sputnik V in Argentina and Cambodia

The domestic vaccine against COVID-19 "Sputnik V" effectively protects the elderly from infection.

This follows from the results of a study in which 660 thousand residents of Buenos Aires aged 60 or more took part.

They were vaccinated with one of three drugs - Sputnik V, AstraZeneca or Sinopharm.

“The results of the study show that the infection rate decreased by more than 88% among those who completed the full course of vaccination with Sputnik V.

Full vaccination also reduced mortality from COVID-19 by 96.6%, ”the press service of the RDIF quotes the text of the message.

It is also indicated that completing the full course of immunization with "Sputnik V" reduced mortality from all causes by 94.2% among people aged 80 and over, by 98.2% - between the ages of 70 and 79 years.

“The results obtained confirm the high efficiency of Sputnik V in protecting older people from infection and complications from COVID-19,” the RDIF stated.

In addition, on the eve of the Russian vaccines against coronavirus infection "Sputnik V" and "Sputnik Light" were registered in the Kingdom of Cambodia.

Registration was carried out under an expedited procedure.

The domestic two-component vaccine ranks second in the world in the number of approvals received by government regulators.

As noted by the RDIF, data on the use of Sputnik V during vaccination of the population in a number of countries - including Argentina, San Marino, Serbia, Hungary - demonstrate that the domestic drug is one of the safest and most effective against coronavirus.