The source of the problem or the solution? Technology affects climate change like this...

China News Service, October 29. The technological revolution has changed our lives, but is technology as beneficial to the environment as it is to mankind? Al Jazeera’s Chinese website published a report signed by Mohamed Sanagira, discussing the impact of modern technology on climate change. Data map: As the temperature continues to rise and glaciers melt into lakes, the Alps are facing an inc 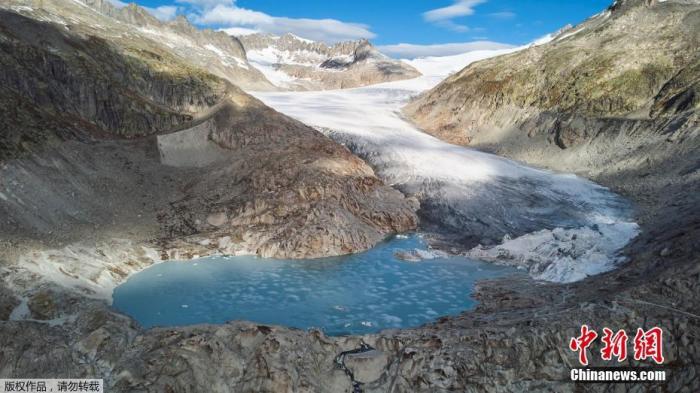 China News Service, October 29. The technological revolution has changed our lives, but is technology as beneficial to the environment as it is to mankind?

Data map: As the temperature continues to rise and glaciers melt into lakes, the Alps are facing an increasing risk of glacial lake breaches.

According to reports, human beings are addicted to the Internet, which will bring high environmental costs. Even the smallest and most widely used modern devices, namely our smart phones, have their own carbon footprint.

According to a report recently released by the Techslang platform, if a person replaces their mobile phone every 3 years, assuming their average life span is 70 years old, then he will replace his mobile phone 23 times in his lifetime.

Manufacturing these mobile phones will produce 1,610 kilograms of carbon dioxide in the atmosphere, which is equivalent to 2.5 times the carbon emissions from London to New York.

If you multiply this number by the current world population, you can imagine how terrible the result is.

We cannot live without the Internet or electricity, but can digital technology be part of the solution to the climate change problem that the world is suffering?

The report quoted a report from Singapore’s “Straits Times” stating that digital technology can play a role in many fields.

Artificial intelligence: not a "magic bullet", but it can do

According to reports, on October 31, the 26th Conference of the Parties (COP26) will be held in Glasgow, England.

Among the many agendas, countries are developing roadmaps for using artificial intelligence (AI) to combat climate change.

PricewaterhouseCoopers estimates that increasing the use of AI in four key economic sectors, including agriculture and transportation, can reduce global pollutant emissions by 4%.

However, AI relies on the complex calculations of high-performance computers, which can consume a lot of energy in a short period of time.

A study published by researchers at the University of Massachusetts showed that the air pollutants produced during the operation of the algorithm are five times the amount of pollutants emitted during the life of a car using fossil fuels.

In this context, Peter Clutton-Brock, co-founder of the Center for Artificial Intelligence and Climate, stated that AI is not a “magic bullet” that can reverse global climate change.

But he also said that AI has a certain ability to complete this task.

For example, using AI, data on deforestation and sea ice melting can be analyzed to better predict which areas will be affected in the future.

Will working from home be beneficial to the environment during the epidemic?

The pandemic of the new crown epidemic has caused many office workers to switch to work from home.

But whether working from home is good for the environment is still inconclusive.

In 2020, the sharp decline in human mobility is regarded as the main reason for the decline in global emissions.

Most parts of the world are under lockdowns and curfews, which help reduce air pollutant emissions.

On the other hand, during the epidemic, the use of the Internet is increasing globally, which means that more energy will be used.

In winter, the fuel used for heating is also consumed more, because everyone uses heating equipment at home instead of collective heating in the office.

The International Energy Agency said that workers and employees who drive long commutes can certainly reduce their carbon footprint by staying at home.

However, people who commute less than 6 kilometers a day may actually consume more energy if they turn on the heating at home.

According to reports, the United Nations estimates that cities emit 70% of the total greenhouse gases.

As the urban population is expected to increase, designing energy-efficient cities is a top priority.

The article stated that in this field, the Internet of Things technology, which connects objects and sensors, communicates and makes intelligent decisions, is being applied to urban design.

For example, an IoT pilot project in Amsterdam, the Netherlands, can guide drivers to empty parking spaces, reducing the time they spend looking for parking spaces around the city.