Policeman Andreas Danman was to stop the shootings - shot to death

At the same time as the police Andreas Danman was shot to death in Biskopsgården, an effort was underway aimed at reducing the shooting in the area. It appears from the indictment that was submitted to the Gothenburg District Court on Friday. 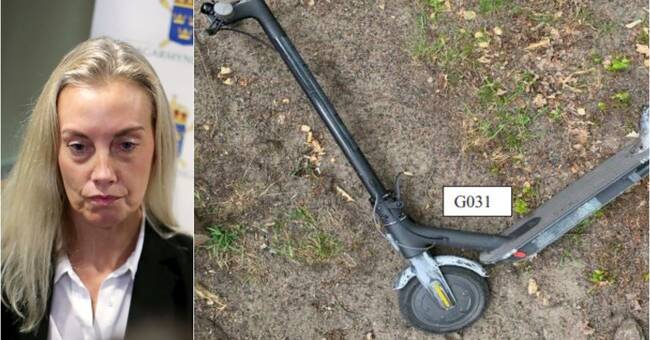 Hear prosecutor Linda Wiking on how to find the crucial evidence - in the clip.

The night Andreas Danman was shot to death, the area police Hisingen, where Danman worked, were out on an effort with the goal of preventing shootings between the criminal gangs in Biskopsgården.

Several patrols, both in cars, on foot and on mopeds, would be well visible in the area and work outreach to the gang members.

According to the preliminary investigation report, the evening was initially calm and several gang members were visible in different parts of Biskopsgården.

But then, shortly after 10.30pm, a police officer reported that he heard bangs that sounded like shots.

In addition to Andreas Danman, three other people are plaintiffs in the case, it is about three young men who are to belong to a phalanx in the criminal environment in Biskopsgården.

The theory is that these are the people the shots were intended for.

- It was me they were going to shoot, says one of the three men in police interrogation.

This man is a leading figure for one of the rival gangs in Biskopsgården, and the suspected 17-year-old has previously been convicted of attempted murder of him.

The attempted murder occurred in 2019 when he stabbed the man in the neck on board a tram.

For that crime, as well as illegal threats and attempts to use means of subsistence, the 17-year-old was sentenced in March 2020 to one year in closed youth care.