Life imprisonment was confirmed Thursday for Sid-Ahmed Ghlam, on appeal for the murder of Aurélie Châtelain and an attempted attack on a church in Villejuif in April ... 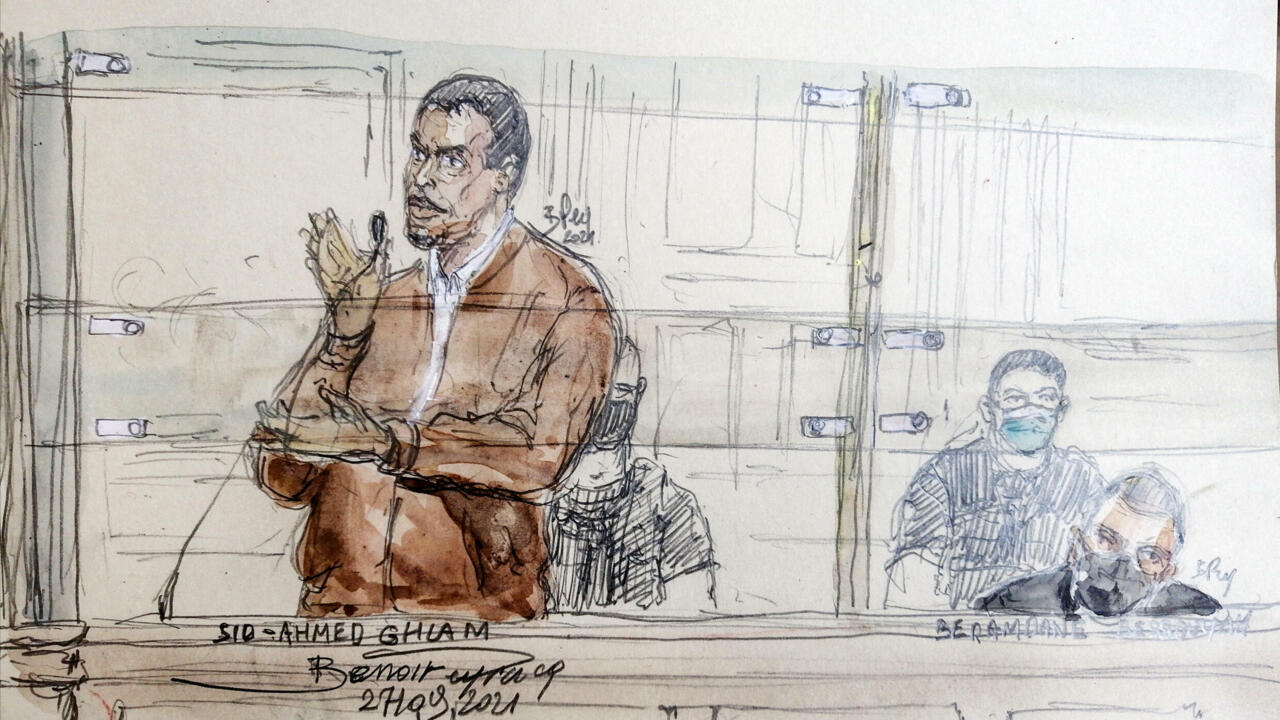 He was on appeal for the murder of Aurélie Châtelain and an abortive attack on a church in Villejuif (Val-de-Marne) in April 2015. Life imprisonment was confirmed Thursday, October 28 against the ' Algerian student Sid-Ahmed Ghlam.

The 30-year-old student, "in a state of stress", according to the president of the special assize court Emmanuelle Bessone, refused to appear at the hearing for the statement of the verdict.

He refused to leave his cell in the courthouse despite the visit of his lawyers, forcing the special assize court in Paris to send a bailiff to notify him of his judgment.

"This demonstrates the cowardice of this individual who ultimately proved unable to confront the family of Aurélie Chatelain," said Me Antoine Casubolo-Ferro, the lawyer for the murdered young woman, interviewed by AFP.

But the court was ultimately less severe than the requisitions of the attorneys general of the National Anti-Terrorism Prosecutor's Office (PNAT), which had called for the maximum sentence provided by law against the accused.

If Sid-Ahmed Ghlam receives life imprisonment, as in the first instance, he is no longer subject to a 22-year security sentence.

However, his inadmissibility following his imprisonment was confirmed.

At the opening of the hearing, Sid-Ahmed Ghlam had asked "forgiveness" from the family of the young woman, mother of a 4-year-old girl at the time of the facts.

"What is this forgiveness worth while he persists in not recognizing the assassination of Aurélie?", The father of the young woman, Jean-Luc Chatelain, told AFP.

Several lawyers, including the defense, criticized the attitude of Sid-Ahmed Ghlam, found guilty of the assassination of Aurélie Chatelain as well as of the attempted attack on a church in Villejuif.

During his appeal trial, Sid-Ahmed Ghlam admitted to visiting Syria in October 2014 and February 2015 to meet with Islamic State officials and pledge allegiance to the organization.

He also admitted that he intended to carry out a deadly attack on a church in Villejuif.

But, he denied being the murderer of Aurélie Châtelain, a 32-year-old mother, killed in a parking lot in Villejuif on April 19, 2015. During the hearings, he simply admitted to bearing "some responsibility" in the death of the young woman.

As in first instance, Sid-Ahmed Ghlam maintained that a mysterious accomplice, of which the investigators found no trace, had killed Aurélie Chatelain.

Only the blood and DNA of Sid-Ahmed Ghlam were found at the crime scene, investigators recalled during the trial.

After the assassination, Sid-Ahmed Ghlam accidentally injured his thigh while putting his weapon back on his belt.

This injury forced him to give up his plan to attack a church.

Another concession from the Algerian student, he admitted during his appeal trial that his plan was to kill parishioners in this church and not just to "scare" them as he had said during his first trial.

The main co-defendants of Sid-Ahmed Ghlam have seen their sentences reduced compared to the trial judgment.

Rabah Boukaouma, considered by the prosecution as the "chief logistician" of the operation, was sentenced to 25 years imprisonment against 30 years at first instance.

Like Sid-Ahmed Ghlam and the other co-defendants, his sentence is not accompanied by a safety period.

Before the sentence, he had praised "the courage and the dignity" of the family of Aurélie Chatelain.

"I never wanted the death of anyone, neither Aurélie Chatelain nor parishioners," he said.

"I am not an accomplice of a killing project", he maintained while acknowledging "a lack of discernment".

Friend and "right arm" of Rabah Boukaouma, whom he accompanied on several trips in connection with the case, Farid Brahami saw his sentence increased from 25 to 18 years in prison.

Abdelkader Jalal, contacted by Rabah Boukaouma to provide bulletproof vests and a stolen vehicle which served as a "hiding place" for weapons, was sentenced for criminal conspiracy to 13 years in prison.

At first instance, he received a 15-year prison sentence with a two-thirds security period.

A repeat offender by his own admission, Abdelkader Jalal has repeatedly proclaimed that he was "not a terrorist".

Aurélie Chatelain's family comforted the defendants at the end of the hearing.

Unlike Sid-Ahmed Ghlam, all had expressed compassion and unreservedly condemned the murder of the young woman.