SKR about gang violence: The same amount of money is required for social services as for the police

The social services need as much targeted money as the government invests in the police to break young people's recruitment into gang crime. This is the opinion of Sweden's municipalities and regions, which want to see national initiatives to break recruitment to gang violence. 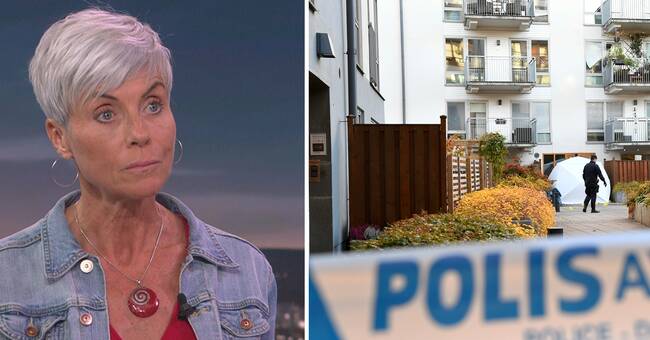 - There is no other way to go, I hope that the government and other parties join forces and create a strategy to prevent more people from getting into gang crime, says Åsa Furén Thulin, section manager at SKR.

If the municipalities' social services are to work on prevention and closer to children who are at risk of being recruited for gang crime, money must be raised in line with what the government is directing at the police.

This is the message from SKR after the National Police Chief Anders Thornberg this week demanded a gathering of actors from actors other than the police when he participated in P1-morgon.

- This is something that the government needs to be involved in and pay for, if we are to do this we need funds in the billions in the same way as the government has invested in the police, says Åsa Furén Thulin, section manager for social services at SKR.

SKR sees a need for several major changes that are not included in the Government's review of the Social Services Act.

Among other things, how information is shared between authorities.

- Then it is very difficult to catch these children who are on their way into criminal activity.

Here we need to have joint plans with the school and the police, all principals need help to have a common plan for these children, says Furén-Thulin.

SKR also wants to be able to carry out early targeted efforts without requiring an investigation first.

Another important priority is a national defector program.

- It is very important that we get legislation and funding for a national defector program.

SKR is no stranger to a national police incident, but the most important thing is long-term investments.

In Rinkby / Tensta, which is considered a particularly vulnerable area by the police, just like SKR, they want to see efforts that extend over many years and that the preventive work with the police is deepened.

- We are not police, we can not stop shootings, but we must work together with the police to prevent.

I would like the resources that are invested in Järva to be there and not just in a short time, we need these resources for several years, says Hilmarsdotter Arenvall.

- The resources that are invested in Järva must be there and not just in a short time, we need these resources for several years, says Happy Hilmarsdotter Arenvall, elementary school principal Rinkeby / Kista.