Le Figaro: In the army, the economy and space... America and China, who is superior to the other?

When China joined the United Nations in 1971, it was little compared to the two competing superpowers at the time. The United States and the Soviet Union, but here they believe the saying “when China wakes up, the world will tremble.” 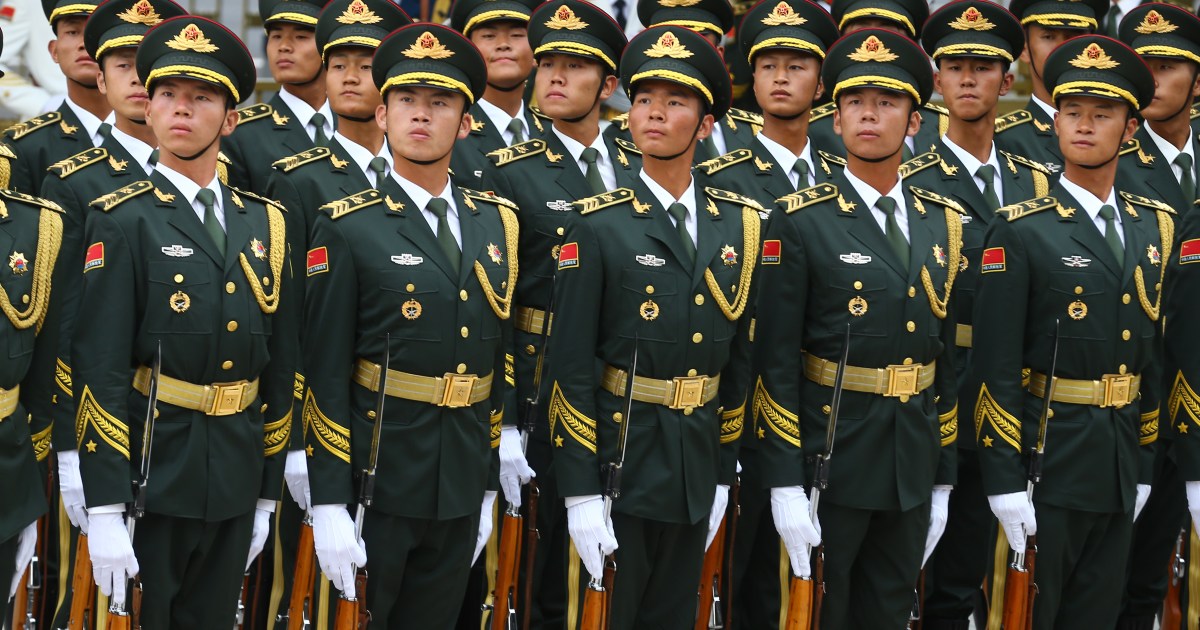 When the People's Republic of China joined the United Nations in 1971 in the midst of the Cold War, the two competing superpowers had little to do with it;

The United States and the Soviet Union, but after half a century it becomes the only power that challenges Washington, in believing the prediction of the French writer Alain Perfitt that “when China wakes up, the world will tremble” and not believing the words of the American political scientist Francis Fukuyama in his prediction of the end of history.

With this introduction, the French newspaper "Le Figaro" opened a long joint investigation between Alexis Verchak and Amore Kottanzier Pervenquiere, in which they tried - as in the days of the Cold War - to restore the match between the giants with a parade of comparisons regarding armies, GDP, demographics, technologies and race Space and Olympic medals, where everything comes into play, against the backdrop of tension over Taiwan and the "Chinese virus", where champions move in and measure each other's ability.

Economics is perhaps the main difference between the game the United States once played with the Soviet Union and the game it plays today with China, as the Soviets were never in a position to question American economic dominance, but China's economy asserts that the curves will cross, but when?

The dynamics are favorable for Beijing, which most experts believe could overtake the United States by 2030, even if its growth is declining.

However, these estimates cannot hide the weaknesses in the Chinese economy - as the authors say - because the communist regime that became "the world's factory" in the 1980s is still largely dependent on its exports, and therefore sensitive to potential external shocks, and China's debt - - which is worth more than 300% of its GDP - poses another hanging danger to its economy.

The army.. towards parity

If, after the dissolution of the Soviet Union, the Chinese army became the largest army in the world in terms of numbers by about 2.2 million soldiers in 2021, and the US army is in third place after India with about 1.4 million soldiers, then Washington’s military spending in 2019 amounted to 732 billion dollars, which is equivalent to 38 percent of all military budgets in the world, while Chinese spending did not exceed $261 billion.

However, China underestimates the budget gap between the two superpowers because it manufactures almost all of its weapons within its territory, from the tank to the intercontinental missile, and its naval fleet is receiving great attention after the number of its 360 ships exceeded the number of the US Navy's only 300, It includes cruisers, frigates, destroyers, helicopter carriers and aircraft carriers.

However, as the two authors say, some weapons constitute an American advantage;

Like the nuclear-powered submarines that Beijing still lags behind, and the American military experience gained is not comparable to that of China, whose equipment has not proven its worth in combat.

Although China's military progress is indisputable, and it seeks parity with the United States by 2049, on the occasion of the centenary of the People's Republic, its military is still shrouded in some ambiguity, although it has concerns in Washington;

Like medium-range missiles that directly threaten the heart of America, and put the ten giant nuclear aircraft carriers at risk.

The question remains: Does China aspire to achieve parity with the United States in the nuclear field?

It has barely 300 warheads, according to most experts' estimates, while Russia and the United States have nearly 12,000. However, China's nuclear capabilities are rapidly increasing in quality, as well as thanks to the development of more modern nuclear submarines.

Demographically, the population of America was 180 million in 1960, compared to 200 million for the Soviet Union, and the nullifications were almost equal. As for China, the story of the size differs because it is the first in the world in terms of population, at a par with India by about 1.4 billion people. , compared to 330 million in the United States, meaning that the ratio between the two superpowers is 1 to 4.

But we cannot stop at this simple comparison - as the authors see it - because Beijing, which led the policy of birth control from 1979 to 2015, is concerned about the rapid aging of its population, with some forecasts indicating a decrease in its population to 800 or even 700 million in the second half of the century, in contrast to Washington, whose growth appears to have been almost linear.

The United States and China enjoy the privilege of being among the five permanent members of the United Nations Security Council, and the parity stops at this point - according to the authors - as America's influence and diplomatic ambition is a legacy linked to its role in the two global conflicts, in addition to its role as the hero of the "free world" during the Cold War. .

However, Beijing has increasingly made its voice heard in diplomatic matters in the past two decades, albeit weaker than that of Westerners, denouncing - like the former Soviet Union - what it sees as destabilizing interference by the West.

Moreover, the Chinese influence is increasing within international organizations, such as the World Health Organization, and it “plays on two fronts; on the one hand it plays an active role within existing organizations, but on the other hand it prepares for the possibility that these bodies will become obstacles, creating in parallel or participating in the creation of new structures , such as the Shanghai Security Organization and the Asian Infrastructure Investment Bank, which aims to compete with the International Monetary Fund and the World Bank.

Over the past few years, China has had an obsession with patents, even rising to the level of Japan and the United States, and amazingly invaded this region that remained under the hegemony of the United States, so that the gap between the two powers began to widen in favor of China, according to the statistics of the World Property Organization intellectual;

As Beijing submitted 68,720 applications in one year, compared to 59,230 for Washington.

This amazing breakthrough stems - according to the authors - from the "Made in China 2025" plan, which aims to increase the quality of Chinese production by strengthening research and development, specifically in the areas of technology, information, robotics and renewable energies.

In this field, China has been able to catch up with many successes;

Such as sending the first spacecraft to the far side of the moon, placing the first non-US “probe” on Mars, placing its own space station in orbit, in addition to the imminent launch of the first “quantum communications” satellite, or establishing its own satellite positioning network, which is Today, with a budget of $10 billion, it stands out as second in the space race.

The idea of ​​social and national revenge that should be taken from the West and Japan is a powerful motive for China," making sports competitions an opportunity for Chinese athletes to assert their supremacy and take revenge on the West.

Sports.. the beginning of revenge

China professor Emmanuel Lincott warns that "the idea of ​​social and national revenge to be taken from the West and Japan is a powerful motivator for China";

Making sports competitions an opportunity for Chinese athletes to assert their supremacy and take revenge on the West.

Therefore, the 2008 Summer Olympics were held in Beijing, and then the 2022 Winter Olympics in the same city, and although the United States won 2,963 medals, compared to 1272 for its nearest competitor, Germany, China rose to seventh place with 696 medals.

Soft power..a comparison out of the question

The United States is distinguished by its ability to export its model, which theor Joseph Nye described as “soft power,” which is “the ability of one country to obtain what it wants from another.” The 17th Congress of the Communist Party in 2007 adopted soft power as a political principle with 3 goals: Improving China's image abroad, increasing its influence in the "near periphery", and establishing the party's legitimacy in China with a better vision.

For this task, Beijing relies on the Confucius Institute, which it founded in 154 countries, and on Chinese cultural centers that offer courses in language, culture and history. However, this soft power collides with many things.

The first is to confront it with massive American mobilization, in addition to the issue of human rights and minorities such as Tibetans and Uyghurs, as well as the weakness of cultural production.

The Chinese strategy is based on the "Beijing Consensus" opposing the "Washington Consensus" that promotes liberalism in exchange for international aid, while China's new consensus allows infrastructure and economic development without demands for human rights, anti-corruption and democratization.