The countries' last-minute promises: "No substance in the goals"

Net zero emissions in 2050, climate neutrality in 2060. The promises made by some of the world's largest emitters of greenhouse gases have been made before the UN climate summit in Glasgow, but the answers on how the countries will get there are few. - You could say that politicians to some extent push the problem ahead, says Måns Nilsson, head of the Stockholm Environment Institute SEI. 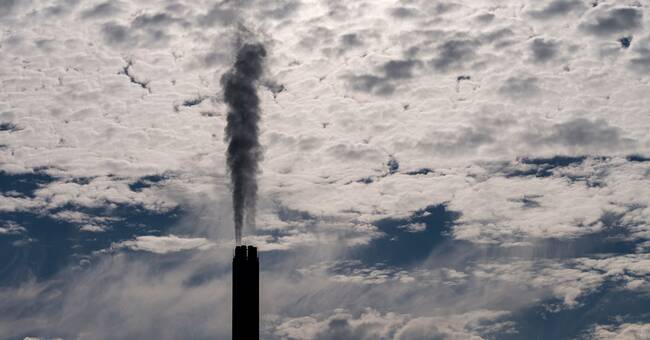 COP26 in Glasgow has been described as "the world's last best chance" to do something about the climate.

The pressure not to come empty-handed to the summit has led to several of the major emitting countries recently making commitments about a climate-neutral future.

Australia and the United Arab Emirates want to reach net zero emissions by 2050. China, Saudi Arabia and Russia have agreed to become climate neutral by 2060.

- I get mixed feelings from these net zero goals.

You could say that politicians to some extent push the problem in front of them and past their own term of office, their own lives even, says Måns Nilsson.

Today, all countries are on the list of the world's 15 largest producers of fossil fuels.

And according to a new report from SEI, they have no plans to change direction.

On the contrary, both Russia and Saudi Arabia are expected to increase oil and gas production by 2030 as well.

- Therefore, they are not one hundred percent credible in the sense that you have no substance in the goals, says Måns Nilsson.

According to him and many others, China, which accounts for 28 percent of the world's carbon dioxide emissions, is the most important country in the transition.

- They have recently agreed that the emissions will "peak" before 2030, but beyond that we know very little, he says.

Something that even the UN's climate panel IPCC sees as a building block for meeting the 1.5-degree target.

- CSS can account for 10-15 percent of the total measures, so it is possible that it can be a fairly significant contribution, says Filip Johnsson, professor of energy technology at Chalmers.

- But the big measure must be that the countries leave the fossil fuels and do not use them.

The lack of details means that many questions about the newly set climate goals remain unanswered.

But Måns Nilsson still sees a certain lightening with the countries' message, which can lead to researchers and analysts now being able to calculate what is required for each country to achieve the goals.

- A few years ago, we did not have any commitments of this type.

That it will actually be a vision of a different type of energy and society system, even from these somewhat reluctant countries, one must still say is a positive step forward, he says.