The Biden Administration protests Israel's approval of more than 3,000 new homes in the colonies

Despite the protest and pressure from the United States and the discomfort of the left-wing parties in the heterogeneous Israeli government, the Administration Planning Committee ... 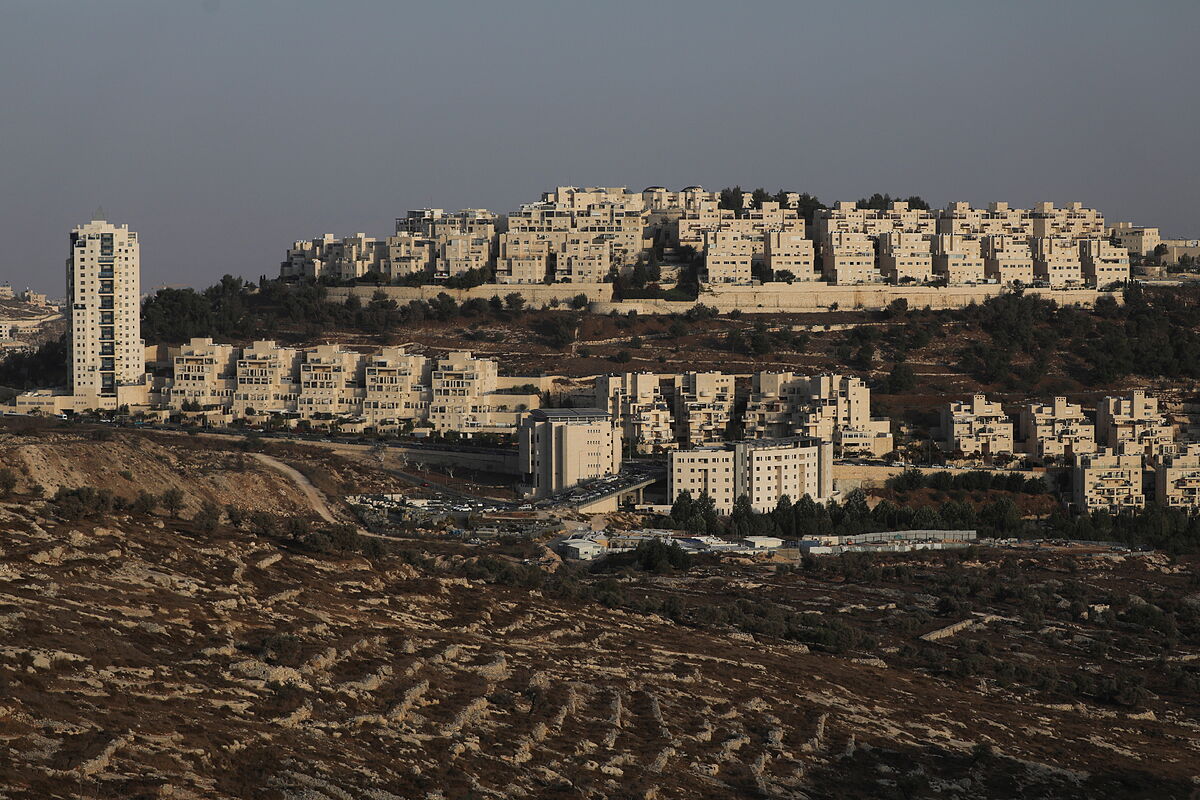 Despite the protest and pressure from the United States and the discomfort of the left-wing parties in the heterogeneous Israeli government, the Civil Administration Planning Committee (of the Ministry of Defense)

has approved the construction of 3,144 houses

(1,800 definitively and 1,344 preliminarily) in the colonies in the West Bank. At the same time, it will give the green light this weekend to the construction of

1,300 homes for Palestinians in the West Bank territory

- Zone C - assigned to its civil and military control after the Oslo Accords.

The plan to promote new houses in Jewish settlements prompts the US's first yellow card in the Joe Biden era for its great ally in the region - and the umpteenth condemnation of the Palestinian leadership. Too

formed by right-wing parties, which support the construction in the settlements, and by left-wing parties and an Arab party that call for the evacuation of a large part of them in a peace agreement that allows the creation of a Palestinian state alongside Israel. In between, several centrist parties in a coalition that last June ended 12 years of Likud leader Benjamin Netanyahu in power.

Both because of the Israeli intention made this Wednesday, after almost a year of pause, and because of the tender last Sunday for the construction of 1,355 houses that had been approved by the previous Executive. The State Department reiterated its

"strong opposition to the expansion of the settlements

, which is completely incompatible with efforts to reduce tensions and restore calm and damages the chances of a two-state solution."

The head of US diplomacy,

, to show their protest especially for the number of houses approved to be higher than initially thought and limited to the so-called natural growth.

Gantz replied that for the first time in more than a decade the construction of 1,300 homes for the Palestinians is approved and he recalled the economic aid to the Palestinian National Authority (PNA) chaired by

with whom he met two months ago.

Around 450,000 Israelis live in the colonies created in the territory occupied

by Israel in the war of 67. The Palestinian leadership aspires to declare a Palestinian state in the West Bank and Gaza (today under the control of the Islamist group Hamas) with East Jerusalem as the capital.

Charge of terrorism to NGOs

The American public disagreement, the first since the formation of the government of

, adds to its request for clarification last week from Israel following the designation as "terrorist groups" of six well-known Palestinian NGOs alleging their "close ties" with the Popular Front for the Liberation of Palestine (PFLP). This group, responsible for attacks against Israelis, is considered a terrorist by Israel, the US and the European Union (EU).

Representatives of the internal security service (

) and the Israeli Foreign Ministry traveled to Washington to present evidence of the relationship between the PFLP and Palestinian civil associations. "They constitute a network of active organizations that, under the guise of international actions,

depend on the PFLP to support their objectives

and promote their activities," said the Ministry of Defense, noting that the report of the investigation carried out by

provide a platform to launder money

and attract members to the PFLP.

Palestinian associations flatly deny this, claiming that it is "an attempt by the occupation to

Representatives of 25 Israeli NGOs arrived in Ramallah on Wednesday to show their solidarity with the Palestinian associations targeted by the Israeli security organs. "The unfounded accusations against us represent an alarming and unjust escalation of attacks against the Palestinian people in their fight for freedom, justice and the right to self-determination," reacted one of them, Al-Haq. The UN, the EU and foreign human rights groups condemned Israel's decision, which

also drew some criticism from within the coalition

Several of his left-wing ministers asked Gantz to see the evidence that led to the decision against Palestinian groups.

Despite the exchange of internal accusations, aggravated this Wednesday between Gantz's centrist "Blue and White" party and the Labor party, the forecast is that all elements of the coalition will not break their pact and will carry out the great test that awaits them. around the corner:

the approval of the budget in the

Diplomacy Morocco and Algeria: a new but old confrontation to the heat of Twitter and gas

EconomyAdolfo Utor takes control of 100% of the shares of Baleària

Sudan: The military claims to have released the deposed Sudanese prime minister