The so-called "Malin man" has heard about the police's new technical evidence in the case of Malin Lindström. - He has no explanation for how his DNA could have been secured on the murder victim, says chief prosecutor Mats Svensson to SVT. 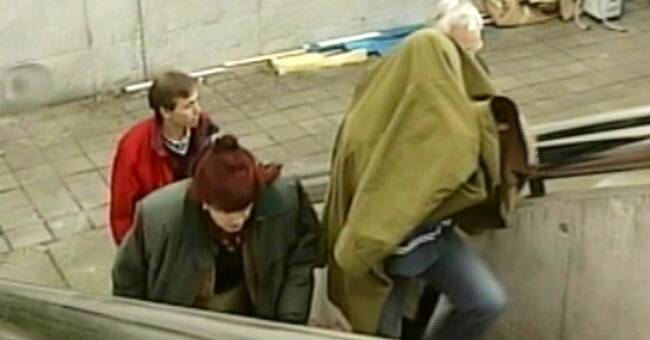 The new interrogation with "Malinmannen" - who was convicted in the district court for the murder of 16-year-old Malin Lindström in Husum in 1996, but who was later acquitted in the Court of Appeal - was held on Wednesday morning by police investigators in the group for so-called cold cases in the northern region.

- It was a short interrogation, says Mats Svensson, who on behalf of the Public Prosecutor leads the process for an uprising in the Supreme Court in the case of Malin Lindström.

- Has says he has no explanation for the fact that he is tied to the sperm stain on Malin's trousers, that his DNA is on the murder victim.

That is the content of the interrogation, which I have received an oral report from the investigators at lunchtime today.

Matched with the DNA profile

It was this summer that the "Malin man" via a blood sample from the old preliminary investigation that had been accidentally saved could be linked to the DNA profile of the perpetrator that the National Forensic Center - NFC - managed to produce via the sperm stain on Malin's clothes.

Malin Lindström, 16, was found murdered in a forest area in Örnsköldsvik in 1997. She disappeared without a trace in 1996 after a bus trip to a friend.

- His attitude to the new information and the new material that he heard about today will be reported and included in the preliminary investigation material which will eventually be compiled and submitted to the Supreme Court, says Mats Svensson.

- For the Public Prosecutor's part, we do not believe that any further investigative measures are needed now.

But the defendant ("Malinmannen", editor's note) can, through his defense counsel (lawyer Ulf Holst), request further investigative measures and additions.

Then it is up to the Public Prosecutor to assess whether the additional measures that may then be requested are reasonable and relevant or not.

What could it be, for example?

- You can ask the defendant's defense counsel.

The goal: ready before the turn of the year

Mats Svensson has previously said that he hopes to be able to submit the preliminary investigation with the new material in the case to the Supreme Court before the turn of the year.

A message from HD whether there will be a rise or not in the case is expected to be made sometime during the first half of next year.