Huma Abedin, former aide to Hillary Clinton, denounces that she was sexually assaulted by a senator

Huma Abedin, a close associate of Hillary Clinton, recounts in her new book that she was the victim of a sexual assault by a senator. He details it in his memoir, ... 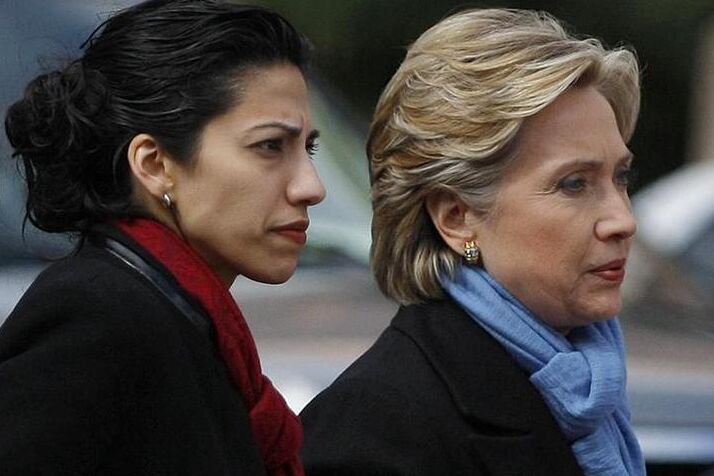 , a close associate of

recounts in her new book that she was the victim of a sexual assault by a senator.

He details it in his memoir, 'Both / And: A Life in Many Words', which is published next week.

Without giving the name of his attacker, Abedin, 45, confesses in the book that he kept this incident secret for a long time. Clinton's aide, recalling what her job was like advising the former first lady and presidential candidate, describes a dinner in Washington attended by several senators and their aides.

"I ended up going out with one of the senators, and soon we stopped in front of his building and he invited me to come in for coffee. Once inside, he told me to make myself comfortable on the couch," Abedin writes in a passage from today echoes

, in possession of an editorial preview of the book. The aide explains that the senator took off his jacket, sat next to her, put an arm around her shoulders and "kissed me, sticking his tongue in my mouth, pressing me against the sofa.

I was so shocked that I pushed him.

what I wanted was to erase the last 10 seconds. "

Abedin relates that the senator later apologized and said he had "misunderstood" her. "Then I did something that only my 20-something version would have done. I said 'I'm sorry', and I left there," writes Abedin, who continued to maintain a cordial relationship with the senator and chose to "bury" the incident.

Years after what happened - in the mid-2000s - when Brett Kavanaugh was nominated for the Supreme Court, a teacher (Christine Blasey Ford) accused him of having sexually assaulted her years earlier at a party. When he testified before the Senate about those events, Blasey Ford admitted that the incident "altered" his entire life. Kavanaugh, who was the judge who investigated the Lewinsky case,

had to testify in the Senate for his alleged sexual acts,

including, for example, having brought his penis to the face of a fellow student. The wave of incidents uncovered against him did not prevent him from being confirmed as the new Supreme Court judge.

Abedin already captured the media attention during the 2016 presidential campaign. Then, the 'New York Post' newspaper published that her husband, former Congressman Anthony Weiner, had had an affair with another woman and published photographs in which Weiner posed in clothes inside.

Abedin, then vice president of the Clinton campaign, announced that she was separating from her husband.

Politics Pablo Casado proposes to Pedro Sánchez to agree "now" to renew the Court of Accounts, the Ombudsman and the Constitutional Court

Events: Prison for the 49-year-old woman arrested for trying to kill a pregnant woman