Dmitry Belik, a member of the State Duma Committee on International Affairs, commented in an interview with RT on the decision of the Amsterdam Court of Appeal to transfer Scythian gold to Ukraine. 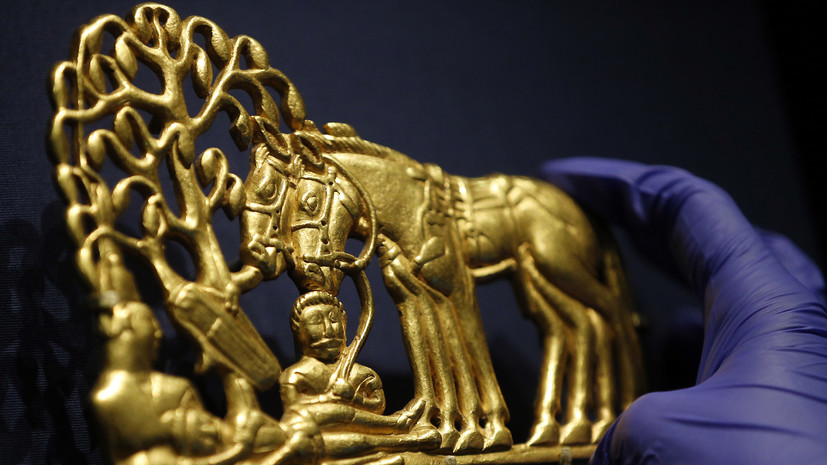 Belik noted that the decision of the Amsterdam court calls into question cultural cooperation with the Netherlands.

“For the simple reason that tomorrow any canvas or valuable artifact transferred to the exhibition may end up in the hands of a third party, because they once laid claim to it,” the deputy stressed.

Thus, the parliamentarian explained, "we are faced with a dilemma."

“Whether to send some of our museum exhibits to Europe or keep them with you, it will be safer.

To hand over the Russian property into the hands of Dutch museum workers is to question whether these values ​​will come back, "the interlocutor of RT concluded.

Earlier, the official representative of the Russian Foreign Ministry, Maria Zakharova, commented on the decision of the Amsterdam Court of Appeal on the transfer of Scythian gold to Ukraine.

According to her, this decision undermines trust between museum communities in different countries and calls into question the future prospects of inter-museum cooperation, including between Russia and the Netherlands.

The collection of Scythian gold was taken from Crimea for an exhibition at the Allard Pearson Museum in Amsterdam in 2014.

After the Crimea became part of Russia, both the museums of the peninsula and Ukraine declared their rights to gold.

On December 14, 2016, the Amsterdam District Court ruled that the collection should be transferred to Kiev, the Crimean side appealed and changed its lawyers.