Who is Abdel Fattah al-Burhane, sponsor of the coup in Sudan?

General Abdel Fattah al-Burhane on Monday put an end to the transitional government which was responsible for ensuring the political transition of Sudan until the next elections in 2024, after the fall ... 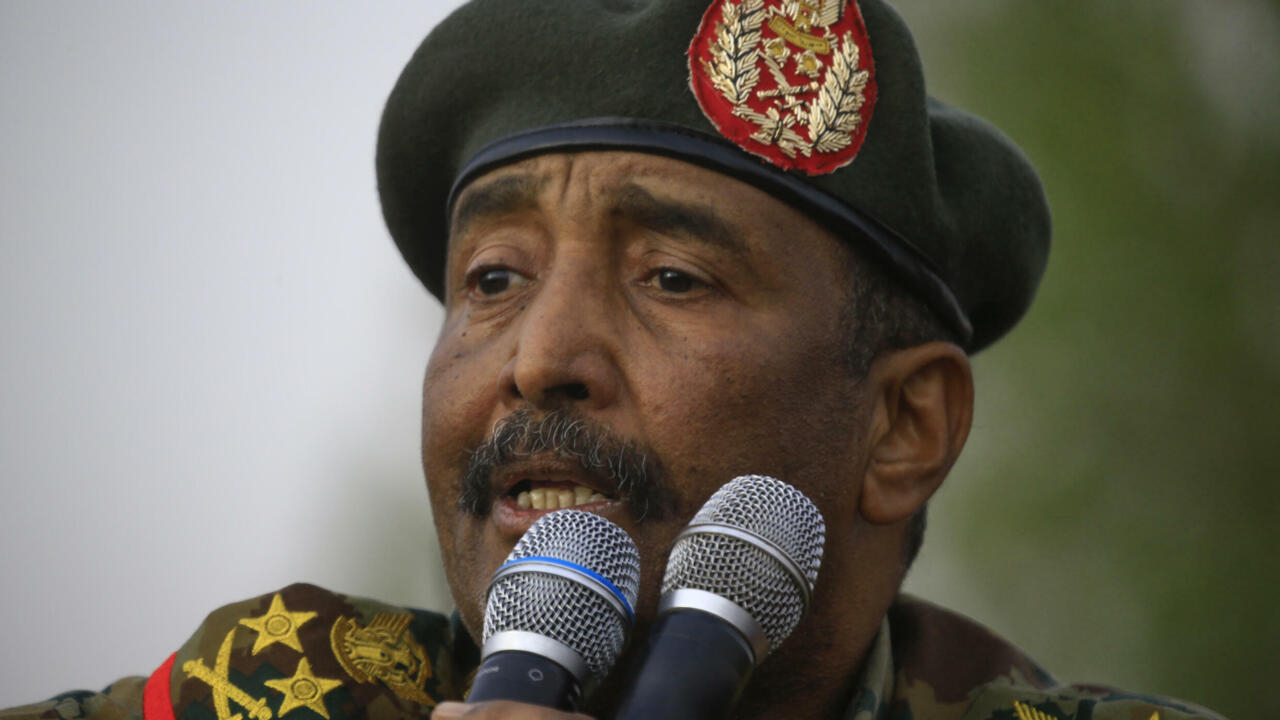 He is now alone in command of Sudan.

General Abdel Fattah al-Burhane, who was at the head of the transitional authorities before their dissolution, today embodies military power in the country, shouted at by some and clamored for by others.

Monday, October 25, after weeks of tensions between the military and civilians who have shared power since the dismissal of the autocrat Omar al-Bashir in 2019, the army arrested almost all civilian leaders, including the Prime Minister, Abdallah Hamdok.

Several hours after the arrests, General Burhane appeared on state television, declaring a state of emergency throughout the country and promising the formation of a new government to "correct the course of the transition".

In the street, for days, the name of this 61-year-old man was on everyone's lips.

For the partisans of a civilian power, he is the one who wants to remake Sudan the pre-square of the army and for those who want a "military government", he is the providential man.

From the shadow to the light

After playing a key but very discreet role as commander of the army before the former president, Omar al-Bashir, appointed him inspector general of the army, he emerged from the shadows on the 12th. April 2019 by taking the helm of the Transitional Military Council, the day after the dictator's fall. Brought to power by a coup in 1989, Omar al-Bashir was deposed and arrested by the army on April 11, 2019 in Khartoum, under the pressure of an unprecedented popular protest movement, launched in December 2018 by the tripling the price of bread.

The members of the transitional government, who were all sworn in in August 2019, numbered 11, five soldiers and six civilians, as provided for in the agreements between the military regime and the leaders of the protest.

It was therefore the first time since Omar al-Bashir's coup that the country was no longer under the full control of a military regime.

Today, the head of the military junta still claims to want to lead the country - one of the poorest in the world - towards a civilian government after elections at the end of 2023. But to do so, he said he had to dissolve all the authorities in place "with the mandate of the people".

He replaced in this post General Awad Ibn Ouf, who had been appointed on the day of the dismissal of the president, April 11, 2019. But, faced with the pressure of the street, this soldier, who embodied the regime of the former -President Omar al-Bashir and his 30 years of undivided reign, had quickly thrown in the towel.

One of the main assets of Abdel Fattah al-Burhane, who came from the same academies as Awad Ibn Ouf, was then his almost absolute anonymity: he "has never been in the spotlight", he said. a Sudanese officer speaking on condition of anonymity.

After more than two years of transition, he has now grown used to the spotlight and donned a costume resembling that of a head of state.

It was he who received, on October 20, an invitation from Paris to participate in a summit on Libya scheduled for mid-November and it is he who also receives foreign officials visiting Sudan to discuss the issue. future of the country.

General Burhane, still in khaki uniform, beret on his head and conspicuous stripes, regularly appears flanked by his number two in the Sovereignty Council, Mohamed Hamdan Daglo, known as "Hemedti", paramilitary commander of the powerful Rapid Support Forces ( RSF) accused of being involved in the repression of the 2019 revolt.

During his career, General Burhan, a time Defense Attaché in Beijing, was above all "a very high-ranking officer in the army, a commander who knows how to lead his troops", assures the Sudanese officer.

Born in 1960 in Gandatu, a village north of Khartoum, Abdel Fattah al-Burhane studied at a Sudanese army school, then in Egypt and Jordan.

He was commander of the army before the deposed president appointed him inspector general of the army.

Married and father of three children, he had, according to Sudanese media, coordinated the sending of Sudanese troops to Yemen when he was commander of the land forces, alongside the armies of the Gulf countries with whom he maintains close relations. The sending of these troops had been decided by Omar al-Bashir, as part of a military coalition under Saudi command intervened in 2015 in Yemen to support the government in the face of Houthi rebels accused of links with Iran.

Abdel Fattah al-Burhane benefits from foreign support. Since his appointment as head of the transitional authorities, he has further strengthened his links with regional support from the Sudanese army, by going to Egypt, led by a former marshal, Abdel Fattah al-Sisi, but also to the Arab Emirates. United and Saudi Arabia, two crucial financial aid providers. He also signed in October 2020 an agreement to normalize relations with his historic enemy, Israel, although it was an unpopular decision, seen as a betrayal to the "pan-Arab cause" and to the Palestinians.

"In my opinion, he has an adequate profile. He has links with the Gulf countries. He is a very high-ranking officer. He has the confidence of the army. He is apolitical a priori", analyzed Marc Goutalier, political scientist and consultant to the Observatory of Arab countries, interviewed on the antenna of France 24, during his investiture in the transitional government, April 12, 2019.